There was a brief period during my imprudent youth where I indiscriminately aggrandized Silent Hill over the likes of Resident Evil. Whereas Resident Evil was arguably the more altogether entertaining of the two behemoths of the survival-horror genre, Silent Hill’s overall fear factor, complex enigmas, and skillful environmental designs managed to consistently do something that placed it a notch above Capcom’s flagship spook-fest in its heyday: Silent Hill’s most transcendent scares burrow deeply into the player’s psyche, remaining with you long after rounds of play concluded. In effect, following a virgin encounter with the dreadfully nightmarish Pyramid Head, waking up in the middle of the night to pass urine was a procedure that called for a very specific variety of juvenile bravery.

Despairingly, as of late the Silent Hill series has ceased to be its atmospheric, clever, and downright freaky self, widely due in part to Konami’s absence of input in the central development of these games. Team Silent, a former subsidiary of Konami, helmed the initial four, best entries, and since their unfortunate disbandment in 2005, second-rate companies like Climax Studios (Silent Hill: Origins, Silent Hill: Shattered Memories) and Double Helix (Silent Hill Homecoming) took a crack at recapturing the dark magic of Silent Hill with minimal success. Konami’s continuing apparent lack of soulful investment in Silent Hill has placed the latest chapter in the hands of the nearly unknown Vatra Games, who have not only further buried the franchise with a morosely botched product, but just might have driven the final nail in its now bargain-counter coffin.

Selecting one principal area of Silent Hill: Downpour to label as its biggest pratfall is almost as frustrating a task as playing through the game itself. It’s almost as if Konami rained some money on the clearly flabbergasted Vatra Games (who I imagine as a group of pimply software designers fresh out of some nameless community college) and the immature bunch spent 80% of the funds on booze and hookers, with only 20% used on actually slapping together a playable entity. The result is an ugly, tragically half-assed punch-up of a once rightfully respected asset. Has anyone ever complained about there not being enough melee combat and shooting mechanics in Silent Hill? Vatra Games seems to believe so, as the amount of monster-beating and unbalanced gunplay has just about tripled unnecessarily. Any ounce of hereditary horror present within this series has been forcibly bled out, leaving a cold, shriveled mass of torn flesh clinging to brutally broken bones.

Silent Hill: Downpour contains a narrative that’s innocuous as this genre gets; undoubtedly Remedial Survival-Horror 101. You assume the role of a convict named Murphy Pendleton, a character unrelated to any previous Silent Hill storylines and whose transport bus wrecks en route to a different prison, dispatching many of the passengers to the afterlife and leaving ol’ Murph dazzed and stranded in the dreary, tenebrous landscape of Silent Hill. Slowly, through much aimless walking around in bland, fog-ridden locales and murky interiors, details of Murphy’s past are revealed. Context-sensitive decision-making scenarios present themselves on occasion, but fatal flaw numero uno when it comes to the illusion of choice appears alongside each of these sections: The options you choose hold no weight in the story’s progression, supporting characters perish whether you decide to save them or not; Murphy’s persona and mental state is consistently flat even as surreal events occur around him, contributing to the comprehensive carelessness that percolates from the majority of Silent Hill: Downpour’s plebeian playthrough.

As is expected for Silent Hill and survival horror in general, field armaments, from splintered two-by-fours to hammers to the rarer low-caliber firearms and their accompanying ammunition are scattered about the surroundings in limited quantity. These weapons, precariously positioned, deteriorate in effectiveness rather rapidly, ultimately disintegrating entirely, causing you to perhaps flee from rabid enemies mid-fight to acquire a replacement. The “downpour” aspect of this Silent Hill installment refers to the fact that your otherworldly assailants become increasingly capable when the skies open and water falls freely, adding an element of intensified urgency to either destroying your opponent or attempting to flee. Miniscule instances of past Silent Hill panic begin to gloriously surface during these rainy sequences, but because of horrendous controls, cheesy soundtrack, frequent technical issues like freezing and blurred textures, and vapid graphics that sadly philander their 3D TV compatibility, they come off as unimaginative brush strokes instead of worthy, ingenious enhancements. Silent Hill: Downpour’s puzzles and supplementary goals also suffer from inspiration deficit, hurting for true incentive, a legitimate tie-in with Murphy’s tale, and a reason for players to press on through outward mediocrity in order to accomplish every mission.

Bizarrely, the sole redeeming quality of Silent Hill: Downpour is that it’s inferior enough to warrant an Old Yeller-style conclusion to the series. With an agile pull of a loaded rifle’s trigger, this diseased dog can be put out of its misery so that none are left exposed to such atrocious sights again. Yet this is the legendary Konami, and thus some hope still remains, as is evident by the traces of slight innovation floating throughout the game’s stormiest passages. If only Team Silent would be called upon to reform, ousting inexperienced assemblages like Vatra Games and diligently working to restore faith in a product that so many held in high esteem, the heretofore prodigious Resident Evil killer might rise from its presumptively bottomless grave to unnerve the masses once more.

Review: The Medium Is Richly Atmospheric, but Its Gameplay Is Stuck in the Past 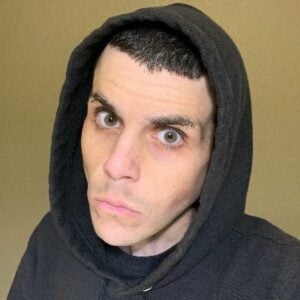