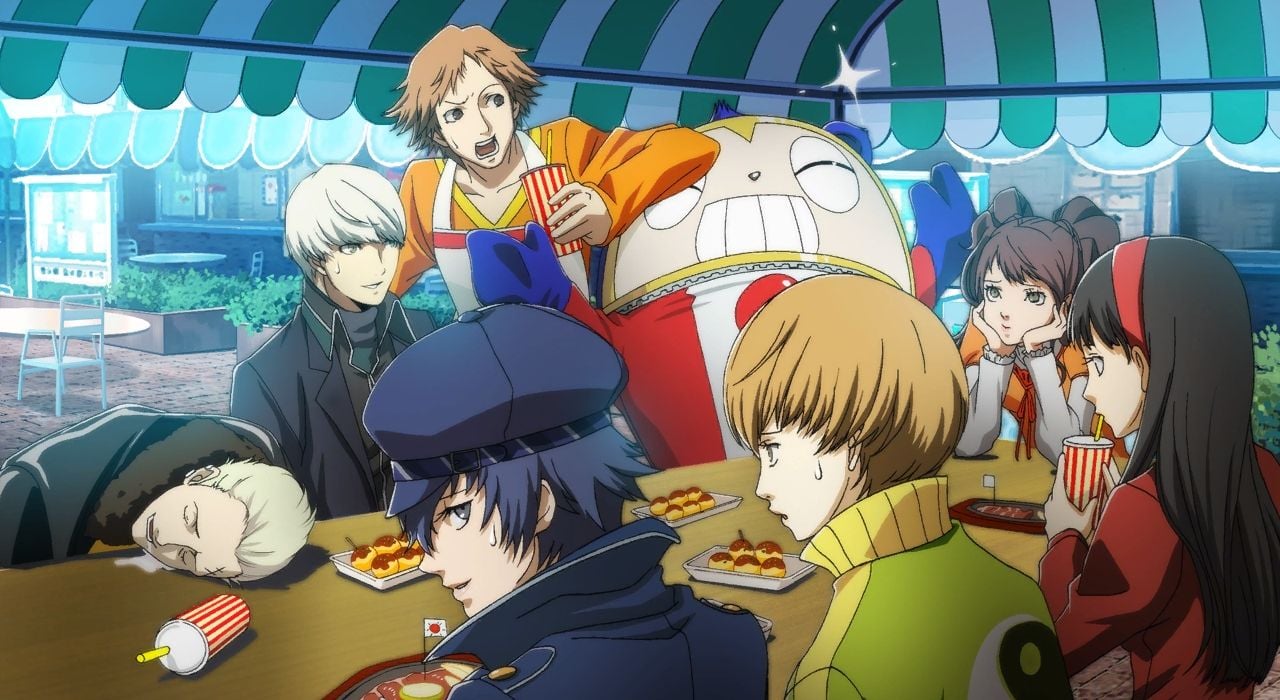 In the time it takes for Persona 4 to allow players to even walk freely around the dry, rural town at its center, you could blow up a reactor in Final Fantasy VII Remake, grab a horse, slay a bunch Moblins, and reach Calamity Ganon’s doorstep in The Legend of Zelda: Breath of the Wild, collect two or three gym badges in Pokémon Sword and Shield, or decide the fate of the good people of Edgewater in The Outer Worlds. You could even have plotted a successful route for the Phantom Thieves to steal Coach Kamoshida’s heart in Persona 5 if you know what you’re doing and don’t waste any time on any sidequests.

Indeed, it will take you six hours of playtime before you get into a fight in Persona 4 that isn’t part of a cutscene, and for every 30 minutes of actual gameplay, there are 90 where the game is narratively spinning its wheels. There are games—even JRPGs—that finish in the time it takes for this one to let you touch more than the button that lets you advance the text box. That was bewildering when Persona 4 was first released in 2008 on the PlayStation 2, aggravating in 2012 when Persona 4 Golden came out on the Vita, and utterly maddening in 2020, especially considering that its direct sequel did everything right in the same year.

In fairness, that’s a deliberate design choice. Your initial lack of agency is meant to dovetail with the idea that you’re living out a year in the life of your silent teenage protagonist, who’s just moved to the sleepy village of Inaba out in the sticks, where everything moves slower. Here, when something exciting happens, it stands out all the more. And when excitement occurs in the game, it’s in the form of a series of murders ripped straight out of The Ring: A mysterious television program seems to broadcast at midnight, allowing shadowy figures to snatch people and murder them in TV World, an abstract place where repressed emotions grow malignant and cross over into the real world. As the protagonist and his friends start to discover what’s happening to the hapless victims, they awaken to special powers through the titular personas—modeled after characters from Japanese folklore—that allow them to both combat the shadows and contend with their own repressed feelings.

That’s a solid premise, and when Persona 4 Golden finally kicks into high gear, with its young heroes essentially playing the part of a Japanese Scooby Gang, it has charm in spades. The cast in particular is a wacky menagerie of colorfully characterized teachers and students, with an endearingly twee ensemble of misfit teenagers and village weirdos following the protagonist into battle. And that charm is much easier to appreciate with the option of hearing their voices in native Japanese instead of the stilted English dub. The central mystery even has a Twin Peaks vibe to it, as the town’s deep, dark secrets manifest in bizarre, wildly imaginative ways.

Funny enough, even considering how silly his introduction is, the chirpy Teddie, essentially the Scooby-Doo of your gang, ends up having one of the more poignant arcs of the whole game. And when Persona 4 Golden finally gets you into a proper dungeon and pits you against random enemies, the same old Persona loop of needing to find enemy weaknesses to exploit in order to prevent an opponent’s turn—by decisively stringing your ensemble’s efforts together as a team—is gratifying. Which makes it all the more unfortunate that the combat feels so milquetoast in comparison to the visual riot of every Persona 5 encounter.

The devil is in the details, though, and in between everything endearing and compelling about Persona 4 Golden is hours of mind-numbing tedium, from the randomly generated copy-paste dungeons that take longer than necessary to complete, to the activities and social links, few of which connect in any meaningful way to the central story, thus making it all seem like padding for padding’s sake. Yes, life in a rural town can be boring, but the game isn’t good at homing in on the way that rural boredom can feel meaningful and peaceful the way that Animal Crossing and Stardew Valley do. Rather, boredom is the brick and mortar that holds Persona 4 Golden together between short spurts of gameplay, and it kills your investment in the plot.

This is all exacerbated in a woefully optimized PC port that retains the original versions’ eye-watering motion blur, with no option to disable it, and stuttery cutscenes, even on rock-solid hardware. That’s particularly frustrating given how stylish and imaginative the game can be when you’re in TV World, from the DayGlo bathhouses to the pixelated 8-bit castles to the goth-psychedelic strip clubs. All of that pizzazz, including Shoji Meguro’s blissful J-pop soundtrack, is undermined by how hard it often is to look at the game.

Somewhere, maybe in the same kind of alternate universe that figures into Persona 4 Golden’s storyline, there’s a 25-to-30-hour version of the game that’s set in the same little town, tells the same cute, twisty supernatural murder mystery, and offers the same thoughtful approach to combat, but where there’s never a dull moment. That would be a truly golden version of Persona 4. But what we’ve gotten here is a title that mostly shows it was better off staying as a cherished memory on the Vita instead of resurrected as a dated, exhausting relic on PC.

This game was reviewed using a press key provided by fortyseven communications.

Review: Desperados III Is Perfect for Gunslingers Without Twitchy Fingers