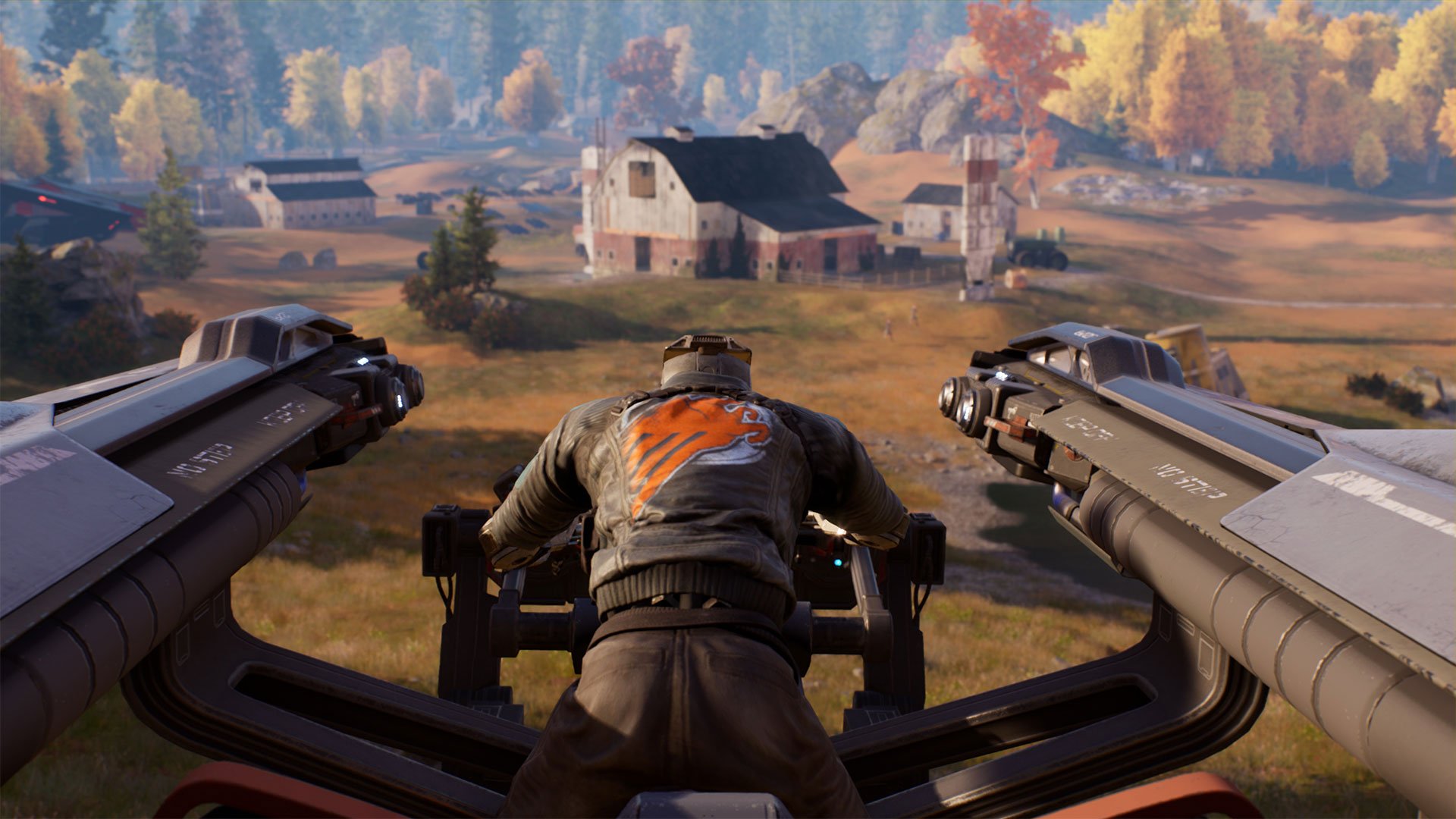 Romer Shoal, like many humans in the future envisioned by Disintegration who’ve had their brains placed into robot bodies, sets himself apart from his brethren by wearing a stylish leather jacket. Similarly, V1 Interactive’s debut title tries to distinguish itself from other first-person shooters with a slick hook that places the player somewhat at a remove from the action, as Romer streaks above battlefields in his one-man aerial vehicle, a Gravcycle, that backs up his comparatively tiny ground troops. Unfortunately, Romer and Disintegration’s attempts to carve out unique identities for themselves ultimately feel superficial.

The Gravcycle itself is at least well-designed and enjoyable to handle. The vehicle is capable of short bursts of speed that allows it to dodge in any direction, and while restricted to hovering above land, it’s capable of rising up to 16 meters in the air—all the better to scan upcoming enemy emplacements and chart out a course of engagement. And the game has its moments of impressively kinetic action, as when you’re juking through the tunnels of a subterranean jail or darting for cover beneath ionic umbrellas, lest Romer’s ship be disabled by sporadic EMP blackout pulse. But Disintegration is largely mired in dull, repetitive sieges (or defenses), where the only thing that significantly changes is the background, from a mid-desert scrapyard to the glistening, water-slicked canyons of Iceland.

The more you play Disintegration, the less it has to offer, at least throughout its single-player campaign. Take, for instance, Romer’s crew, up to four of whom accompany him on each of the game’s missions, and who can at any time be given tactical instructions by pinging locations and units or by manually triggering their skills. At first, his fellow outlaws seem to possess distinct personalities, wardrobe items, and armature. But once they’re reduced to tiny figures on the battlefield, they all feel exactly the same—an impression amplified by the similarities between their special moves. One character, Seguin, stands out by wielding temporal pulses that can create a slow-motion field around foes, but the rest are just equipped with varying forms of explosives, like concussion grenades or mortar fire.

That sameness extends to your enemies. Though the terrain changes throughout Disintegration, there are only so many times you can fight, say, a pack of ultra-armored Rhinos or go through the multi-stage takedown of a massive Thunderbird before it all starts to feel stale. Worse, your only showdown with main antagonist Black Shuck occurs at the halfway point, after which the game proceeds as a long stretch of anticlimactic story beats.

Disintegration tries to keep things fresh by modifying the design of the Gravcycle between missions. One engagement might find you equipped with powerful rockets and a sluggish frame; another might give you a nimble body but weak twin machine guns. But the changes to the speed, armor, and power of the Gravcycle, or a series of optional objectives, have negligible effects on the gameplay, at least on lower difficulties levels. Your capable AI crew will handle just about everything for you, so long as you revive them when they’re downed, and with the exception of certain enemy classes, like snipers or other Gravcycles, most units do negligible damage. In this regard, the whole campaign comes across as an extended tutorial for the nine different crews found in the Multiplayer mode, from the Nano Emitter-wielding healers in the King’s Guard to the machine-gun-blitzing, samurai-themed Lost Ronin.

The best parts of Disintegration actually occur between missions, in the brief monologues that these characters deliver, should you choose to visit them in the hangar. Seguin, who uses no personal pronouns, explains that posthumanism has allowed them to finally assume a fitting identity, and Six-Oh-Two provides a heartbreaking rationale not only for his odd-sounding name, but why his exoskeleton is so massive. These imaginative, human, world-building moments are what make Disintegration stand out from other sci-fi shooters, and there should be more of them. How ironic that a game that purports to be about fighting against conformity ends up giving in to a stultifying homogeneity.

This game was reviewed using a press key provided by Tara Bruno PR.

Review: Persona 4 Golden Is Better Served As a Cherished Memory

Review: Evan’s Remains Is a Unique, If Much Too Brief, Puzzle Platformer