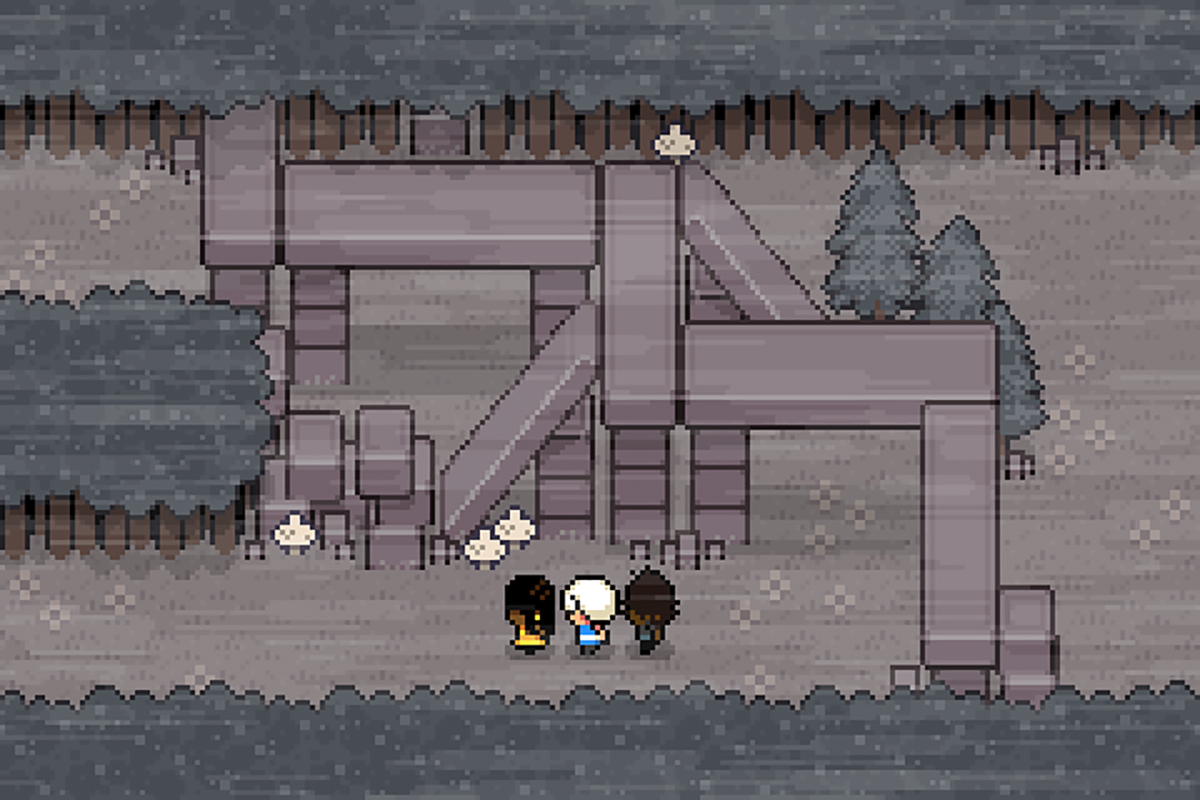 Maritte is an Ordinary, incapable of using magic—until, that is, she goes looking for her missing sister, Safina, at Ikenfell, a school for witches. Once in the vicinity, Maritte gains the sort of power she’s never had before, conjuring fire on the strategy grids that serve as the stage for many turn-based battles across Happy Ray Games’s Ikenfell. But that’s not the only thing that’s strange here, as the school is in a state of lockdown, with powerful agents searching for Safina, all while previously reliable forms of magic go haywire.

At first glance, Ikenfell suggests a more inclusive Hogwarts School of Witchcraft and Wizardry, as the game sidesteps the troubling class and race dynamics of J.K. Rowling’s Harry Potter series with a more diverse cast. And while many of those characters remain rather broad, their dynamics are rarely simple, as they forge reluctant alliances with people who have wronged them. It feels as though Maritte has stepped into the midst of a story already happening, the pursuit of her sister complicated by actions that are quite difficult to justify.

Safina, it seems, has been living as though Maritte doesn’t exist, and Safina’s friends are surprised to meet her. In many scenes, Safina comes across as careless, with the destabilized state of the world a logical result of her meddling in fearsome powers. With the exception of some expressive animations, the pixelated graphic design can be bland, defaulting to a lot of nondescript rooms full of monsters that are ordinary objects with eyeballs on them, but the relationships provide a sturdy foundation for a story whose intrigue grows as it moves along.

It does, however, take quite a while to move along. As Maritte pushes deeper into Ikenfell, she slowly acquires spells and allies. The game appears to have internalized the laborious pacing of so many RPG forebears, since the early portions stick you with hours of an extremely limited toolset before finally opening up, providing more characters with more than a few attacks to take full advantage of the grid-based battle system. Your spells demand certain spacing to be used, often at a distance. One character, Rook, can summon a bellowing creature immediately in front of him to affect a square area further ahead, but he needs space to summon the thing so he can’t use the spell if he’s obstructed by an enemy or an ally.

Further complicating the battle system is the potential for friendly fire: Rook’s spell will harm his friends if they’re caught in the blast area, and any of the traps he places on the grid’s limited space will still be triggered by allies, losing them an action should they trample over it. You are, once the game provides the tools to do so, constantly fighting for space, pushing enemies out of range or trying to bait them into a cluster for one very specific spell, while likewise avoiding formations that might allow them to hit your entire party at once.

The result is a deceptively challenging combat system, belied by a cutesy exterior where sleeping cats function as save points. In theory, Ikenfell’s intricacies should be bracing, but in practice the fixation on spacing and formation further slows down the pace. When moving characters, there are no handy indicators of which spaces you can attack because many spells use nonstandard layouts. As a result, a lot of the combat devolves into moving a character, selecting an attack, and then cancelling that move to place them in a different space once you see that they’re not properly positioned to hit the intended target—and given that the grids are small, you’ll constantly tweak your moves by one or two spaces in either direction.

Additionally, defending and attacking requires proper timing, pressing the proper button on the controller when an attack lands. In games like the Paper Mario and Mario & Luigi RPGs, these extra steps give the turn-based combat a satisfying immediacy, but in the strategic context of Ikenfell, they tend to further slow down the battles, requiring you to pause again after you’ve already been trying to wrangle a character into the right attack position. Worse, the game is inordinately punishing when players get the timing wrong, wiping out a third of your health when you don’t defend properly or outright causing certain effects like stealing an item, laying a trap, or knocking an enemy backwards to not work at all.

Luckily, you can mitigate some of the timing’s strictness through accessibility options. The most drastic one, which makes every timing challenge succeed, trivializes a lot of the status effects since you can, say, evade poison if you press that proper button with exact timing, whereas partially correct timing lowers damage but still saddles you with a poison effect. The middle ground, where the challenges always partially succeed while leaving you the option to still try for perfect timing, goes some way toward smoothing out the game’s more unforgiving edges. None of these options ever fully correct the sluggish moment-to-moment pacing, but they allow the focus to shift toward the narrative, which is a little basic but charming and not nearly so tedious as the default settings for the game’s main attraction: the combat.