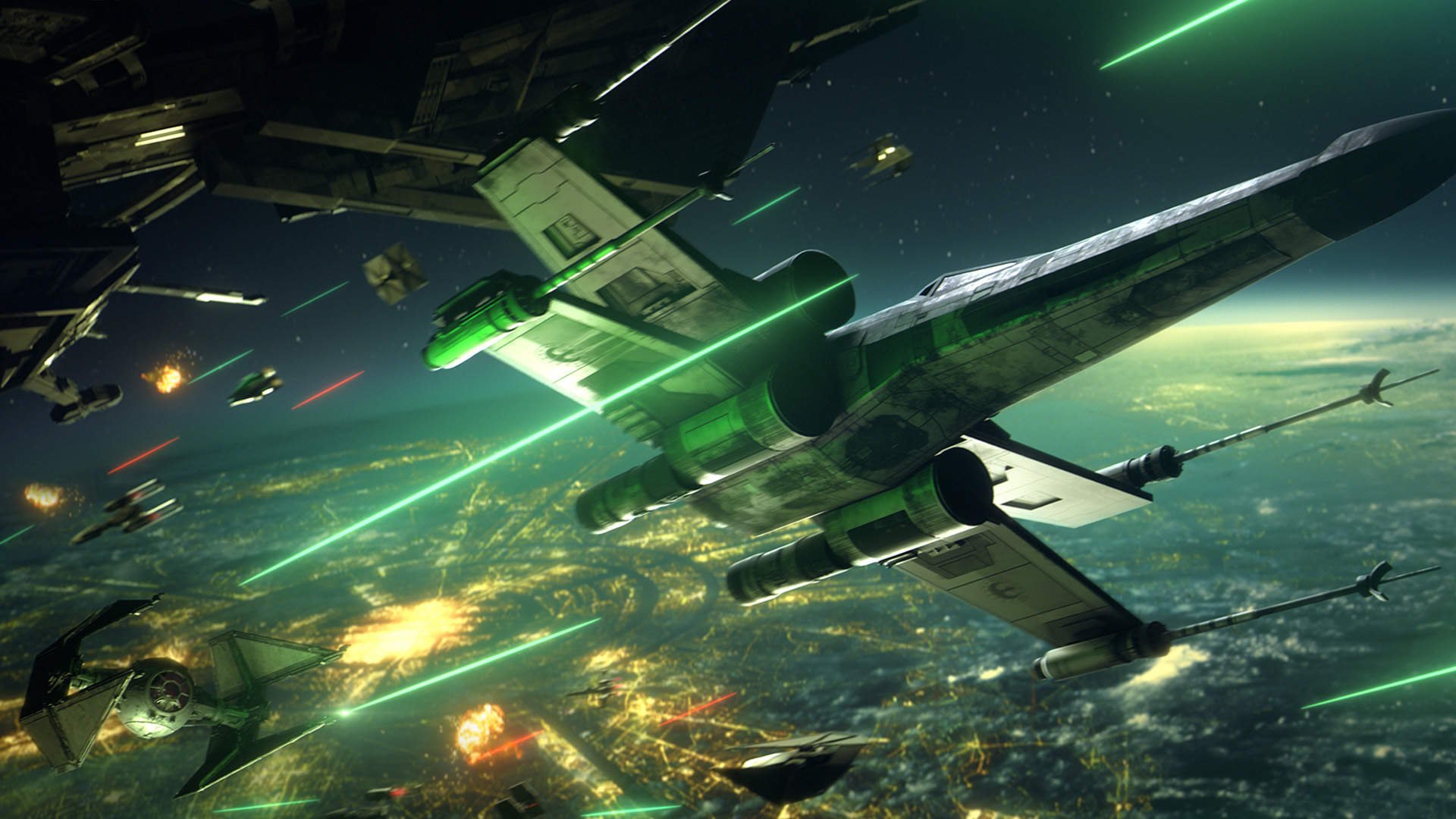 Between Star Wars Squadrons and last year’s Star Wars Jedi: Fallen Order, EA has finally understood what kind of ride the Star Wars franchise should be taking us on in video game form. Star Wars Squadrons isn’t as unique a flavor as Jedi: Fallen Order—after all, over a dozen Star Wars dogfighting games already exist—but there’s a satisfying complexity and exhilaration to the game, which rises above and beyond just allowing us to jump in an X-Wing and blow stuff up. Of course, there’s a lot of that to do here, but the player has to work a little harder to make it happen, and the extra effort pays off in spades.

Rather unexpectedly, Star Wars Squadrons actually pushes many of the big iconic touchstones of the films, shows, and books off to the margins, letting its story stand on its own. It starts with a betrayal: After the Death Star destroys Alderaan, Darth Vader himself orders the Imperial Navy to kill any refugees who managed to flee the planet, which is the last straw for one of his high-ranking officers, Lindon Javes. Mid-mission, Javes sabotages other Imperial ships, allowing refugees to escape and himself to defect to the Rebellion. Fast forward a few years, the second Death Star has been destroyed, Emperor Palpatine is dead, and with Javes’s help, the Rebellion has now become the New Republic, looking to mop up what’s left of the Empire with the help of a few good pilots—which is where the player comes in.

Star Wars Squadrons aces the basics with flying colors. Combat is appropriately fast, frantic, and thrilling. Every successful hit and explosive defeat feels enormous, all while John Williams’s score blasts triumphantly on the soundtrack. And all of this is ramped up exponentially by playing in VR, where the game foists you into an immaculate realm of experiential possibility as you sit in the cockpit of Star Wars’s legendary ships. The effect is profoundly engrossing, to say nothing of the fact that the expanded field of view—where you can personally track a target just by turning your head instead of having to turn your entire ship—gives you a leg up over your flat-screen competition.

There’s a fine balance being struck here between the basic excitement of flying a ship into a frantic dogfight in space against some absolutely breathtaking intergalactic vistas and the minute considerations of piloting where every decision matters. Players have full control over how their shields are angled, whether their ship’s power prioritizes engines, lasers, or shields, and even their secondary loadout of weapons and defensive measures. These are things that must be monitored and switched depending on a given situation, which does have a bit of a learning curve at first, meaning early missions are very much trial-and-error death marches.

But it’s surmountable with time, and the game’s in-flight chatter will often tell you exactly what’s needed for the situation at hand. If you want to play hit-and-run with a tricky target, you can boost your engines and get into a wild high-speed chase. And if you decide to play hero and fly headfirst at a Star Destroyer, that’s also an option, provided you’ve accounted for where the laser fire is going to be coming from. The game’s complexity is such that no two pilots will be flying the same way in each mission, which is a unique feeling for a Star Wars game, where “be like the movies” is usually the governing principle. Here, “be yourself” is the law of the land, and there’s a vast number of playstyles with which to do so.

The game’s story mode is a rather gentle guiding hand at the outset, as it gets you acclimated to those playstyles within a range of scenarios. It will make sure that you have all the tools and training you need by the time the plot kicks into high gear. At least, as long as you’re playing the New Republic missions, which actually only comprise half of the campaign.

The other half of Star Wars Squadrons is devoted to playing as the Empire’s newest pilot, under the command of an Imperial officer, Terisa Kerill, out for Javes’s blood, and striking heavy blows at the New Republic along the way. This is the side of the game with the most issues. As far as the gameplay is concerned, TIE fighters are loyal to the films to a fault. The Empire’s crafts are all cramped spaces, with limited fields of view, and fewer ways to regenerate shields outside of waiting and hoping you don’t get hit. TIE Bombers and Reapers can take more damage, but their weaponry is also more specialized for specific situations. Perfect and ambitious flying is really the only defense you have in a TIE fighter, and while that certainly forces you to raise your game, it also makes Empire missions a bit less fun to play.

That feeling is much more prevalent once those missions force you to truly lean into the Empire’s villainy, shooting down heroes left and right, and, in one skin-crawling (albeit optional) objective, shoot down a transport full of escaping civilians. At the very least, the game doesn’t attempt to both-sides that evil. When you return to the capital ships to debrief and talk to your squad, they’re still the worst, either too “law and order” to recognize war crimes when they see it, useful idiots who truly think democracy can come back after the Rebellion is dead, or just pure unfiltered bastards out for revenge. They’re all well fleshed out, and to the point that talking to them is intriguing and a purposeful use of your time in-game, which doesn’t mean that you’ll come out of a conversation wanting to call them friends.

That depth of characterization applies to your allies in the New Republic, an amiable assortment of humans, aliens, and droids fighting the good fight for various reasons, and becoming chosen family over the course of Star Wars Squadrons. For a game that could have easily settled for simply letting you thrill to being behind the stick of an X-Wing, having NPCs worth caring about as comrades in arms is a nice little cherry on top.

More than this, though, it gives players a warm example of what the multiplayer can be with the right companions. The matchmaking isn’t smooth sailing, given that newcomers are likely to be hammered by enemy players dozens of levels above them. But whether it’s dogfighting or full-fledged assault missions against capital ships, there’s still a rapturous joy to flying around in lavishly realized Star Wars space with friends or allies unlike anything we’ve seen from a Star Wars game in years—at least not without a microtransactional albatross hanging around the game’s neck, as it did in 2017’s Star Wars Battlefront II.

Star Wars Squadrons proves that Jedi: Fallen Order was no fluke. Video games have never been more empowered to immerse players in all the coolest parts of the Star Wars universe, and EA is no longer tripping on its own feet making it happen. We used to daydream of being so fully engrossed in a spectacular Star Wars dogfight. Now, after just an hour of Star Wars Squadrons, with the right group, the daydream is when we can get our friends back in the air.

Review: In Watch Dogs: Legion, Revolution Is the Stuff of Brand Aspirations

Review: Ikenfell Has a Narrative that Considerably Out-Charms Its Combat