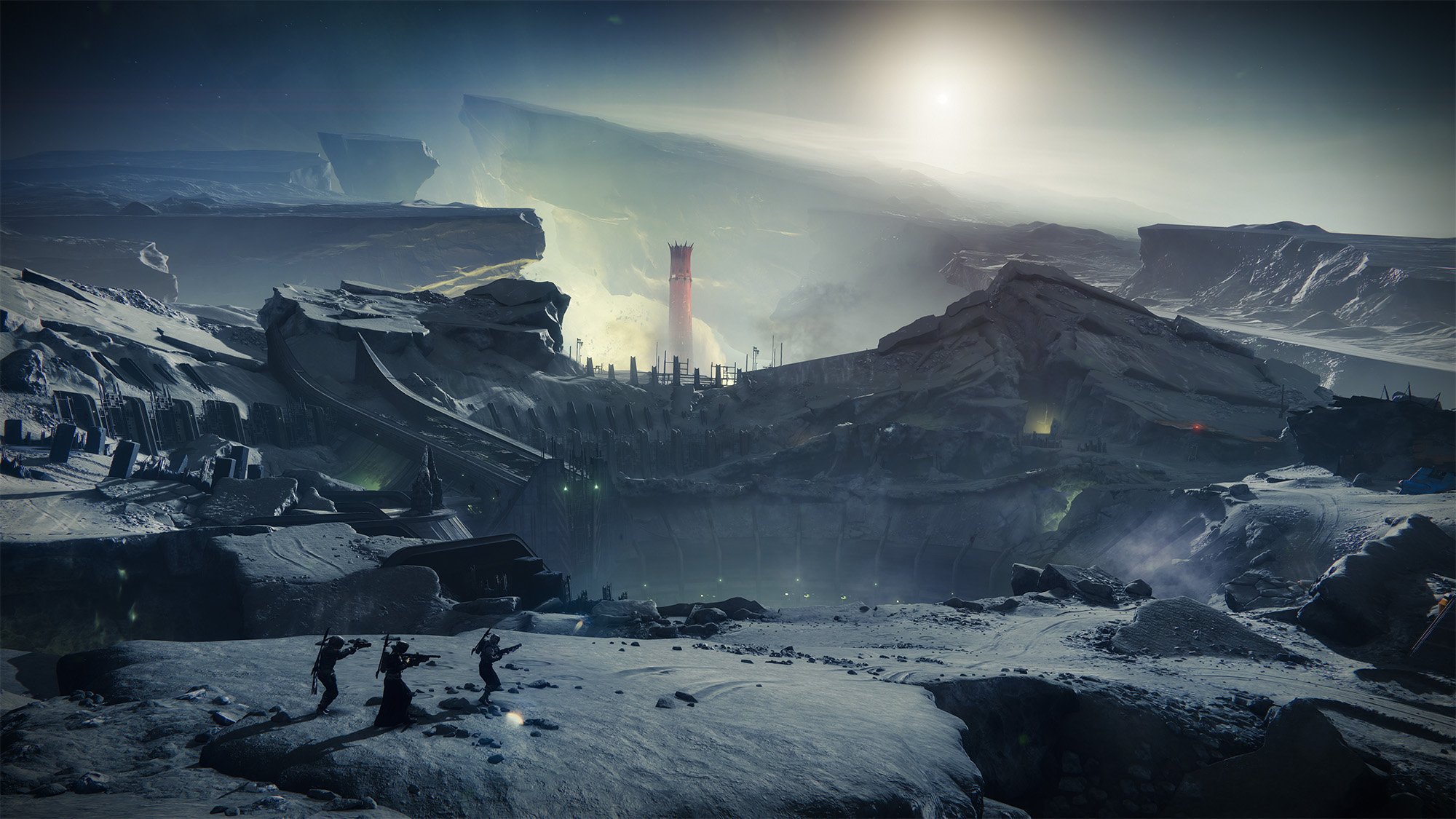 With Bungie consciously uncoupled from Activision, and, reportedly, with no small amount of cheers and champagne from the developers, Destiny 2: Shadowkeep is in the unenviable position of having to assert a somehow “truer,” better vision of Destiny by taking full advantage of Bungie’s master-less status. That’s not necessarily fair to this expansion, which is, at the moment, content to represent just one more small step for Destiny as an ongoing narrative. The haphazard and daring house that is Destiny remains exactly that, but Shadowkeep has done some major and vital repairs to the foundation. Against all modern logic for this kind of game, and the last two years of Destiny 2, it seems as if Bungie actually intends for its players to—brace yourself—enjoy playing it.

Shadowkeep reflects a fascinating hyper-focus on the mistakes of the past, both on the part the game’s characters and Bungie itself. On the narrative side, the story has the Tower’s broody mystic, Eris Morn, sending up a distress call on the Moon, after stumbling across a pyramid buried beneath the surface. Once activated, the pyramid starts raising apparitions of long-dead friends and enemies across the solar system. Eris herself is haunted by the Fireteam that failed to save her before she was tortured and mutilated. You, on the other hand, are besieged by the ghosts of Destiny expansions past: Crota, Omnigul, the Fanatic, and more. All the while, the ghosts of dead Guardians float limply in the atmosphere all around the Moon, lamenting their fate, screaming for help, and calling for backup that won’t come.

That Bungie managed to make a haunted moon so incredibly unsettling, and in a world where “Moon’s Haunted” is a still popular meme, is impressive in and of itself. And that helps, given that it’s the framework holding together what’s essentially still the old Destiny song and dance of an NPC needing special artifacts from a deep, dark, and dangerously infested place, in exchange for, hopefully, better guns and armor. Bungie has always been good at that part—the very craft of putting us in daunting situations that feel exhilarating to fight our way out of using the fatal flash and flair at our disposal. Aside from some smarter enemy placement and a new finishing move system that’s mechanically reminiscent of 2016’s Doom in the best possible way, that’s the part where Destiny simply stays the course. It’s in being prepared to fight these fights and keeping them interesting hour after hour, day after day, week after week that Bungie has struggled. And it’s here that Bungie has done the most work on itself.

Shadowkeep completely overhauls and streamlines Destiny 2’s loot system, while breaking up the benefits provided by each piece of gear into easy-to-parse RPG stats, governing each aspect of your Guardian in combat. So much more of the power to build a character is now in the player’s hands as opposed to being enslaved to the lucky drop, which has been the bane of the Destiny franchise since day one. Now, enhancing gear is a matter of owning the modification you want, and having the pittance of Glimmer—Destiny’s simplest and long-neglected currency—required to apply it. Infusing is a bit more of an involved process, but now it’s centered around two easy-to-obtain ingredients instead of five annoying ones. Shadowkeep’s intent truly shows itself as you come up against the game’s current soft level cap of 900, which is typically the point where Destiny settles into an interminable grind until new content finally releases. In this case, however, this is the point where the game blossoms.

It needs to, in fairness, as Shadowkeep’s cinematic story content ends somewhat abruptly, albeit on a foreboding note. It feels like what Bungie was going for with the first game’s climax-but-not-really. After Shadowkeep’s ending, dedicated strikes against the undead bosses of old are unlocked. You obtain new challenges for exotic weapons that actually tell full-fledged stories about their curation or creation. A new public activity becomes available—complete with a beautifully terrifying cinematic that plays the next time you start the game—that has you fending off a Vex invasion, though unlocking that activity is the worst-explained part of the expansion. All of it is in favor of preparing you to face whatever may wind up emerging from that pyramid sooner than later, and the game does a grand job of not just showing you how to prepare but giving you good motivating reasons to do so.

The guiding principles behind every decision made in Shadowkeep keep players engaged not through monotony, but through legitimate engagement with a ridiculous bounty of options. One should hesitate to place the entirety of Destiny’s flaws on Activision, but without a doubt, this expansion marks a sea change for the franchise, from one that keeps players begging for scraps to one that sets players up for a feast. Shadowkeep doesn’t have a true ending, but it’s damn gratifying to know that, this time, it’s because the best might be yet to come.

The game was reviewed using a review code provided by the Amplifier Group.

Review: Indivisible Conjures Up Nostalgia Without Being Derivative