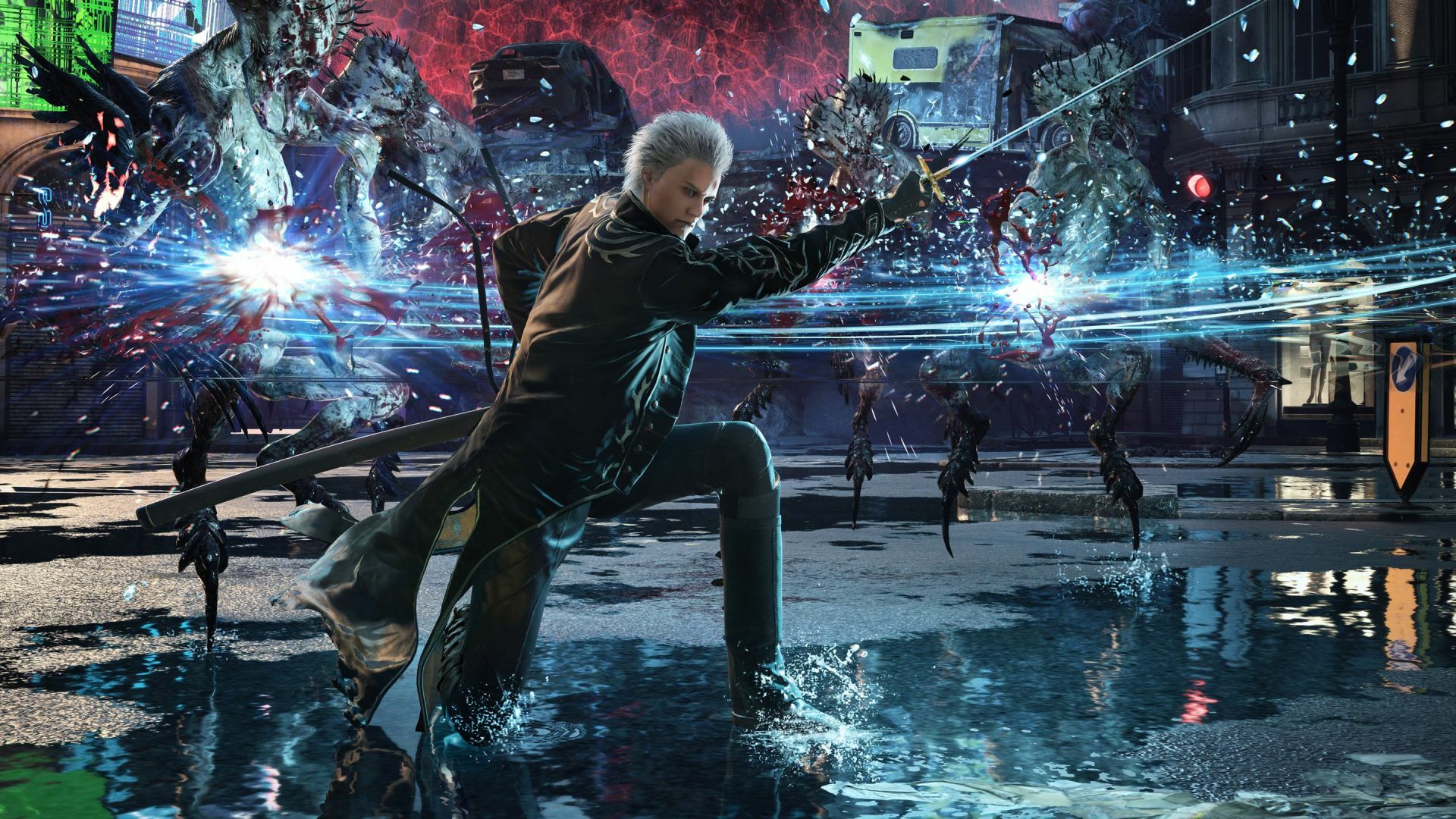 The PlayStation 5’s exterior design feels sprung from the imagination of Björk, as if capable at any moment of releasing a bloom of black smoke that will eventually transform into a flurry of butterflies. Which makes it somewhat disappointing that actually playing games on the PS5 feels, well, just like playing them on the last generation. Mostly. But we can see strands of the future laid out in its handling of the past, and three games in particular provide the most intriguing taste of things to come.

The least ambitious of these visions is Devil May Cry 5, a fantastic game on the previous gen that’s been given the “special edition” treatment. In this case, that means the inclusion of all the previously gated bonus content from the deluxe versions available on the PS4—most notably new costumes for the main cast, and a delightful feature allowing players to see live-action pre-viz footage of select cutscenes—alongside a massive cache of starting currency and the addition of series antagonist Vergil and a new Legendary Dark Knight mode that drops insane hordes of enemies on the battlefield at any given moment.

The cherry on top is a next-gen spit shine, almost completely eliminating load times but adding a high frame rate mode, ray tracing, and an extra bump in detail to what was already an extremely pretty game. The most anyone can really say is, yep, that’s Devil May Cry 5 all right, and the visual uptick is certainly nothing to sneeze at, especially given the manner in which light plays off the world in ways that pop off the screen. In a game that often devolves into chaos, there’s a newfound clarity that really drags you into the world just a bit more. Fundamentally, though, it’s still the same game folks may already own.

The same can mostly be said of the remastered Spider-Man, included in the Ultimate Edition of its semi-sequel, Spider-Man: Miles Morales. It’s a prettier, more detailed game now (the frame rate can be kicked up to a solid 60), but the PS5 adds a lot more to the fundamental experience here. Two of the bigger flaws of the original game were a virtual New York City that was less effective at invoking the real thing the closer you got to the ground, and rather extensive load times that made any segment where you had to go indoors feel entirely separate from the rest of the world. Both of those problems have been solved on the PS5. 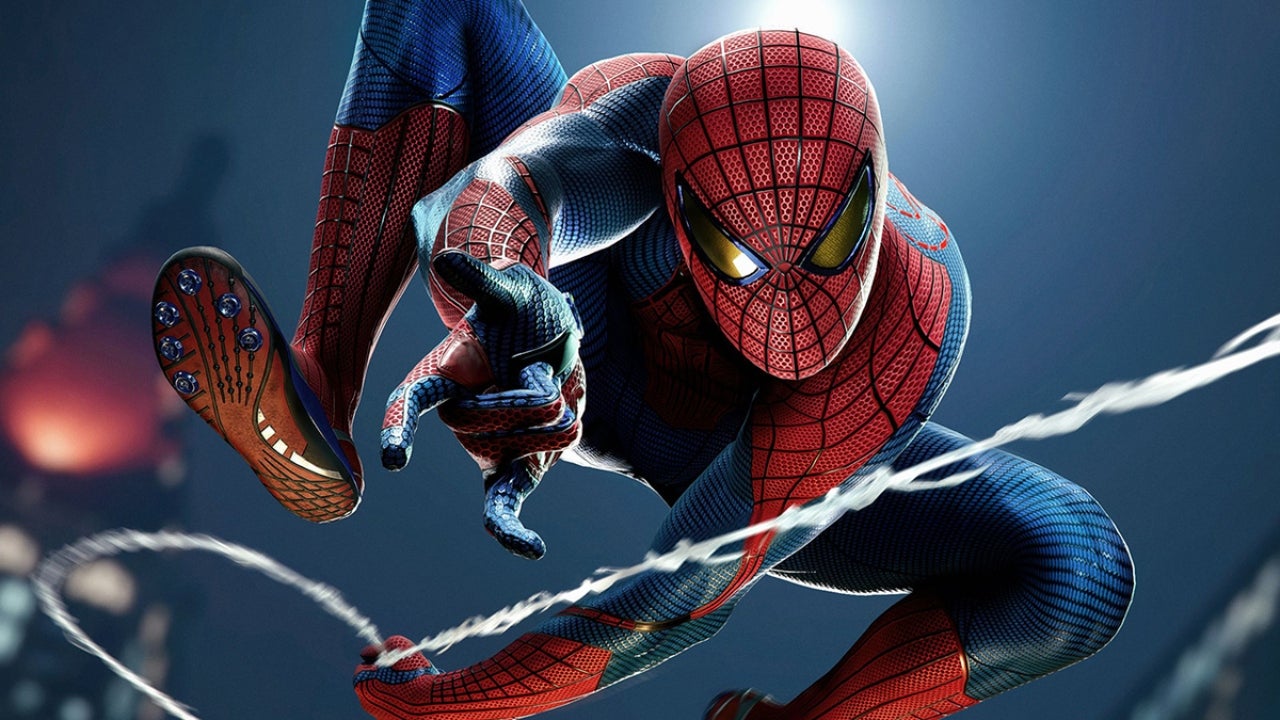 While it’s not a one-to-one reflection of the real deal, the New York of the game absolutely bustles with life now, brimming with new details, vendors, and NPCs interacting with each other—and it does so for full city blocks ahead of your field of vision. But more than this, the world is absolutely seamless, only breaking immersion for cutscenes, which have also been given a nice new level of detail and photorealism. That realism has, however, led to probably the most notable change to the game: A new face model for Peter Parker who, for unquestionable reasons of synergy, looks a hell of a lot like the MCU’s Tom Holland.

The kid looks great, but there’s a small dissonance cost, as his is a rather young face for a Spider-Man who, in the game, is an old hand at the superhero gig, and is already feeling its fatigue. That older, frazzled voice (Yuri Lowenthal’s) doesn’t quite synch up with the fresh face, but there’s an impressive new level of earnestness in the physical performance now that captures more actorly decisions and expressiveness. All in all, the change is worthwhile, and it’s certainly a strong reason to revisit the game before jumping into Miles Morales.

The real main event on the PS5 right now, though, is the Demon’s Souls remake, a top-to-bottom makeover that brings the eldritch grandfather of Souls games rocketing into the future. I was there back when the original Demons’ Souls was an evil secret, a dare for those who had the belly for a true challenge during one of the least challenging generations of games. But unlike the worlds offered up by its wicked spawn—Dark Souls, Bloodborne, and Sekiro: Shadows Die Twice—it never felt like a place you wanted to get lost in or held wonder. It was a grim, grisly labyrinth of torments that seemed to revel in your failures, with nothing but cold, unyielding, nicotine-yellow brickwork to bear witness, even if its enthralling representations of death and decay made it difficult to turn away from it.

Perhaps the perfect example of everything special and different about Demons’ Souls is its hub area, the Nexus. It was always a dead place, with the mood of an abandoned church—dim, bleak, and yawning, whose main purpose is to get you away from it. Its guardian was a ragged banshee barely discernible against the darkness. Conversely, the Nexus on the PS5 is a true sanctuary. It’s a palace bathed in the gentle amber of candlelight, where the floor is a clockwork mechanism protected by a membrane that ripples like water. It’s a place where choral voices soothe in all directions—probably the best example of the PS5’s 3D audio feature hard at work—where the faces of the damned are easy to read and commiserate with. It’s a place of respite, creating a powerful contrast between you and the endless agony to come.

Yes, the look, feel, and sound of Demons’ Souls is absolutely a next-level experience. The irony, however, is that the game is otherwise a carbon copy of the game that dropped on the PS3 back in 2009. Every strategy, every secret, every bit of balancing feels as warm and familiar as a hug from an old friend—that is, a friend who’s ready to kill you within 10 seconds if you don’t watch your step. It doesn’t feel old per se; every FromSoftware game that comes out is a reminder that Hidetaka Miyazaki has insight on how to build worlds and experiences that even the best Souls copycats haven’t been able to touch. But it does feel oddly safe in 2020. We’ve seen this brand of game one-upped in various ways over the years, and Demons’ Souls, as excellent as it often is, is still playing with a mood and mechanical language that’s very well tread at this point. Funnily, one of the other PS5 launch titles, Godfall, is riffing on many of the design tenets set forth by Demons’ Souls, and while it’s a more repetitive experience, it also feels like it’s reaching toward something more ambitious in concept. 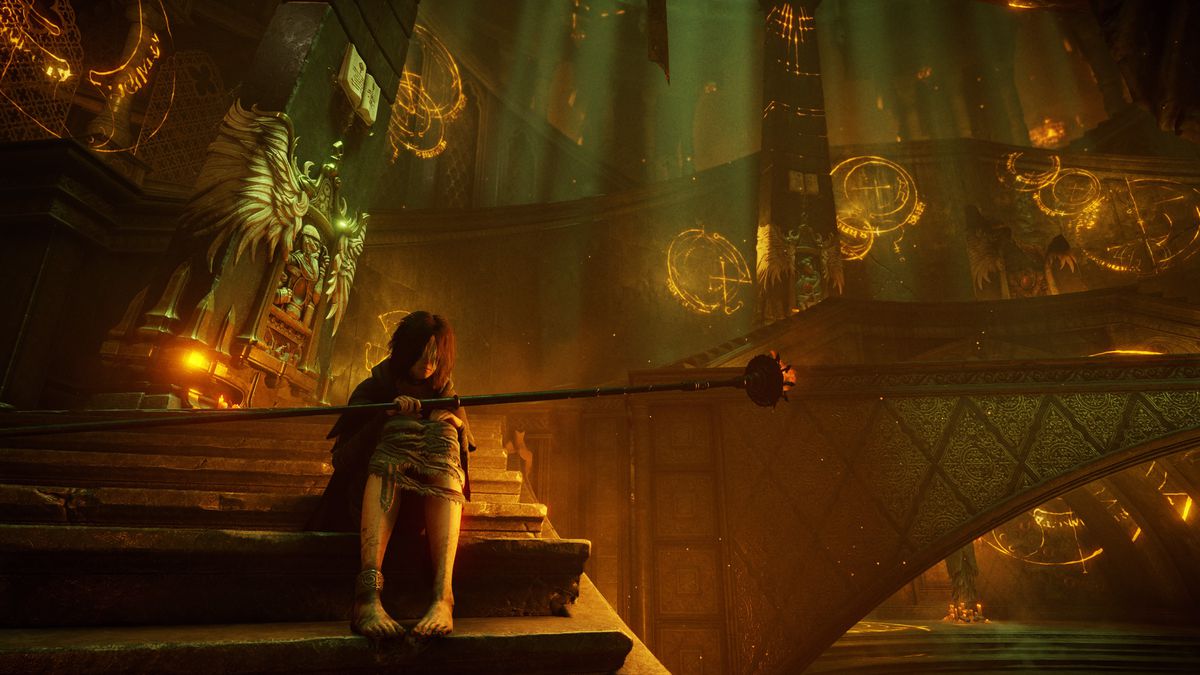 Of course, we don’t expect launch titles to answer the question of what the next generation of video games will look like. The experiences that have come to define the last seven years of video games were absolutely inconceivable way back in 2013, when the PS4 and Xbox One arrived on the scene. We know how good it can look, at the very least, and we know it can make games engulf our senses like never before. But as beautifully lavish and deserving of reverence the old may be, even the PS5’s most grandiose examples of a remake still pay more tribute to the past than they provide a window to the future.

These games were reviewed using retail copies purchased by the reviewer.

Review: The Pathless Grasps for Profundity in the Shadow of the Familiar