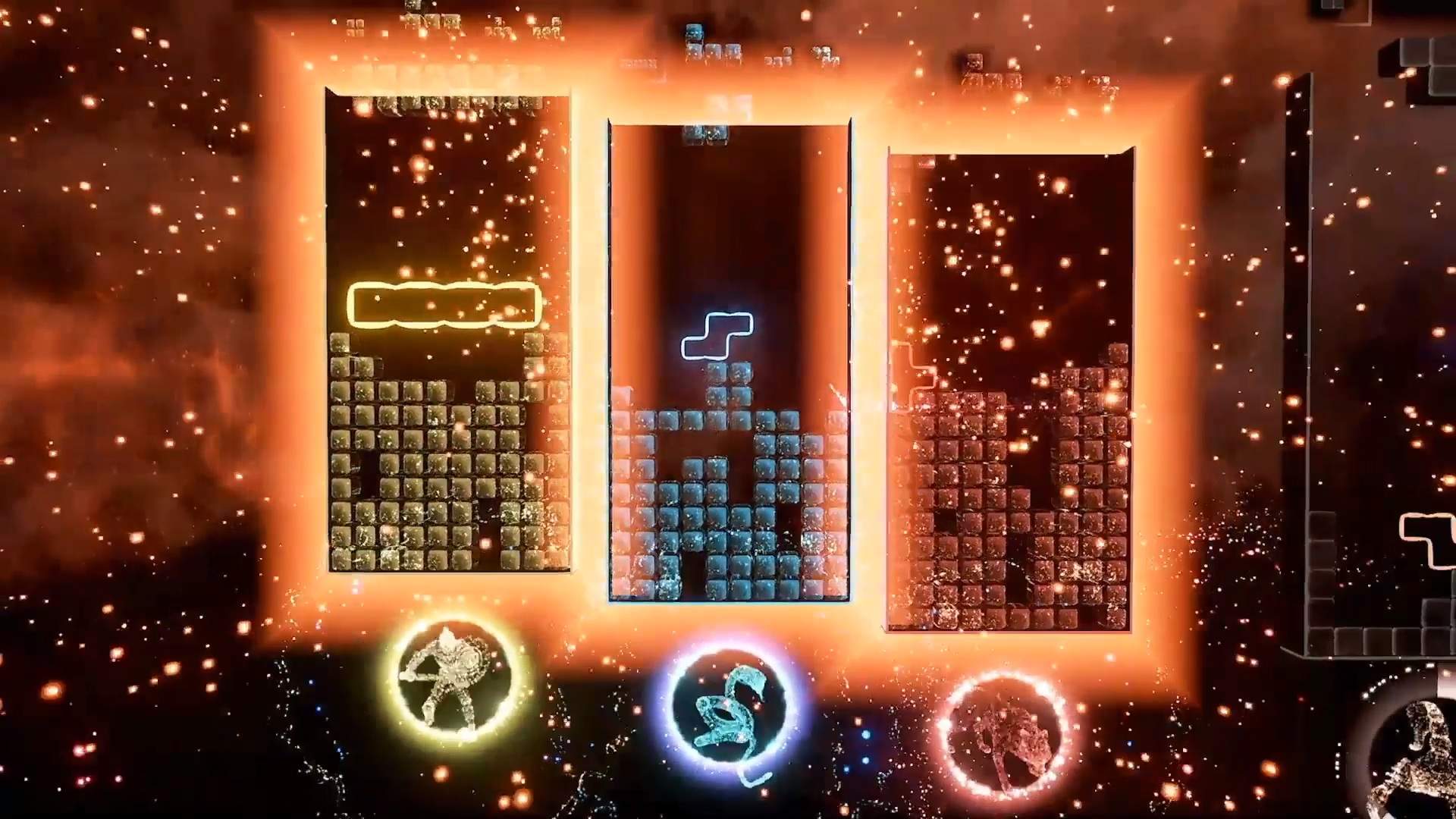 There are few among us who haven’t heard of Tetris, the addictive tile-matching video game created in 1984 by Alexey Pajitnov in which players must move and rotate tetromino pieces in order to form and clear horizontal lines. For years, developers have been crafting their own iterations on this familiar formula, and they almost all feel largely the same. Perhaps that’s why Tetsuya Mizuguchi, the creator of trippy games such as Rez and Lumines, puts so much of the focus of Tetris Effect on literally changing the way people feel, using a variety of audiovisual effects to present an artistic, emotional spin on Tetris.

And yet, the successes of Tetris Effect, named for a condition where people spend so much time doing a particular activity that it begins to pattern their thoughts, come not from such ultimately superficial and distracting bells and whistles, but from the introduction of a brand new ability. As players clear lines, they’re also charging their Zone gauge, which, when it’s completely filled, will allow you to significantly slow down time. It’s a game-changing mechanic that shakes the foundation of the Tetris experience, allowing masters to massively boost their scores by clearing as many as 20 lines while also re-balancing the game for amateurs who may need an extra advantage to puzzle their way out of a tight spot.

Tetris Effect offers the most responsive Tetris experience to date, in part due to the best improvements in the series’s history, such as the ability to store a single tetromino in a queue and to T-spin shapes into awkward gaps before they lock into place. An Effects mode offers a wide variety of modifiers to the basic game, from standard speed runs and score attacks to skill-training puzzles that test your ability to quickly All Clear a board or combo together line clears. And the Master mode, which all but instantaneously drops pieces, makes a return here, but now there’s also a Relax setting, which offers up different themed levels, like Sea or Wind, but without the risk of a dreaded Game Over. And for those who have mastered every aspect of Tetris, there’s the Mystery setting, which throws weird and random rule modifications into the mix. It’s one thing to play on an invisible board, and quite another when that board is flipped upside down, or when the tetrominos take on new and unwieldy or massive shapes.

Pity, then, that the game’s emotional resonance is rather lackluster. The Journey mode, self-billed as “a journey of discovery and emotion,” more closely resembles a Couch to 5K-like training program, one that hides the repetitious work of building Tetrises beneath 27 increasingly challenging levels. Abrupt shifts between high-intensity havoc and slower, soothing tempos give players a chance to recover from the more taxing speeds, just as the varying visual styles—not just for backgrounds, but for pieces—helps with training.

Tetris Effect is staggeringly immersive, but it falls short of justifying its audiovisual ambition as anything more than a novelty, a way to resell one of the oldest video games in the world, now gussied up with high-definition colors and graphical bloom. There’s Tetris, better than ever, in the foreground, but then there’s all these other effects going on in the background.

Now, Connected brings a multiplayer component to the Tetris Effect experience. In addition to PVP modes (the same that have been available in other Tetris compilations over the years), the strongest multiplayer mode is its namesake, Connected, wherein three players unite online to take on a series of astrology-themed AI-controlled bosses. The player starts a game alongside two co-operative partners while the bosses play their own game, firing attacks back and forth as lines are created. Occasionally, all three games link up so that players can take turns dropping pieces onto a play area that’s three times the size of the standard area, making longer lines that do devastating damage against the zodiac bosses. It’s suitably epic and engaging, and boasts the same kind of thrilling immersion as the core Tetris Effect campaign.

But just as the Tetromino Lord giveth, the Tetromino Lord taketh away. The multiplayer additions, while compelling, don’t make up for the absence of a virtual reality mode, which is unfortunately unsupported by the Xbox One platform. After all, the complete audio-visual immersion of virtual reality is where Tetris Effect really shines: Beyond the stellar visuals, the sound effects of the gameplay synchronizes to the beat of the soundtrack, and when the engaging gameplay is in lockstep with the music with the gorgeous graphics surrounding the player, Tetris Effect generates a feeling of transcendence. Tetris Effect is one of the best VR titles on the market, so without the feature Connected feels, well, disconnected.

The game was reviewed using a review code provided by Enhance.