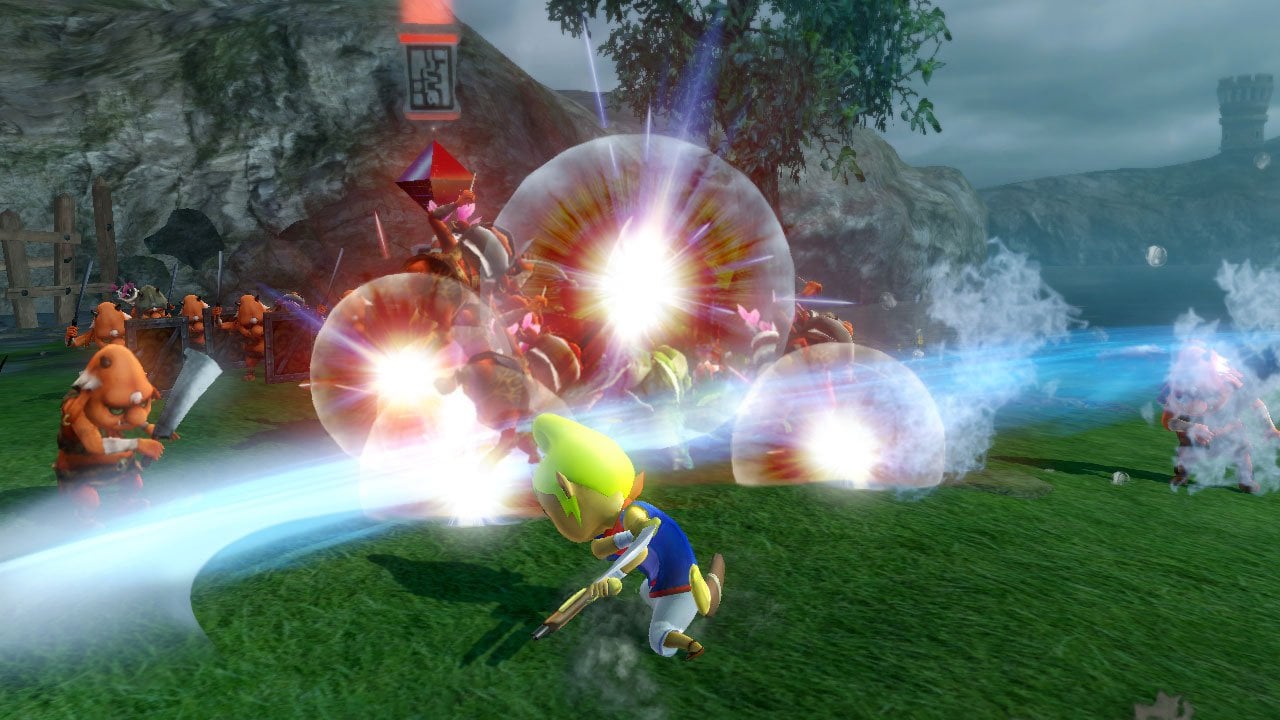 As a straightforward heroes-versus-monsters brawler, Hyrule Warriors Legends avoids the major pitfall of Dragon Quest Heroes: The World Tree’s Woe and the Blight Below, which introduces its monsters as friends of humanity before serving them up for cheap slaughter. This game’s more simplistic conception of heroism isn’t muddied by ethical or emotional questions that go unaddressed. But flashily dispatching hundreds of thousands of mostly harmless enemies is no more novel in a Legend of Zelda context.

As in the typical Legend of Zelda game, one plays as Link, only here you can also control several other characters, most of whom are female (Sheik, Zelda’s alter ego from Ocarina of Time, gets the most eye-catching moves), and the emphasis is on stringing together combinations and taking over and defending parts of a battlefield on a stage-by-stage basis rather than exploring a large world full of puzzles. The beat-’em-up routine is broken up slightly by the inclusion of Legend of Zelda items like bombs and arrows that impact specific parts of a stage, but it’s difficult to shake the feeling that these are just concessions to our nostalgia.

Hyrule Warriors Legends, like Dragon Quest Heroes, is also loaded with pointless busywork. Throughout, you can use consumables that you pick up from fallen enemies and destroyed boulders to craft badges that reward you with new combos, defensive bonuses, and so on. But that you have to, character by character, get a badge so that everyone can use potions is unnecessarily rigid, not to mention inane. (Why would anyone have to learn how to simply drink a potion?) This design is especially tedious and boring compared to The Witcher 3’s crafting system, which occurs as a logical narrative complement to the magic-heavy motif of its world.

But you can ignore much of the badge creation anyway, as defeating enemies isn’t all that difficult. Most bad guys can be killed with one hit, and the attacks of tougher foes are easy to dodge and counter; you also have not one but two gauges that, once filled up, grant you devastating screen-filling combos. Ironically, the game is most effective when it isn’t reminding you that it’s tied to the Legend of Zelda universe, specifically when you’re locked in a nonstop flurry of combos. In these breathlessly intense stretches, the game justifies its more fundamentally integral kinship to the Dynasty Warriors series. But when it indulges in callbacks to the Legend of Zelda brand, it not only grinds to a halt, but it unsatirically condescends to players by reminding them that, say, a boomerang has a habit of returning to the thrower.