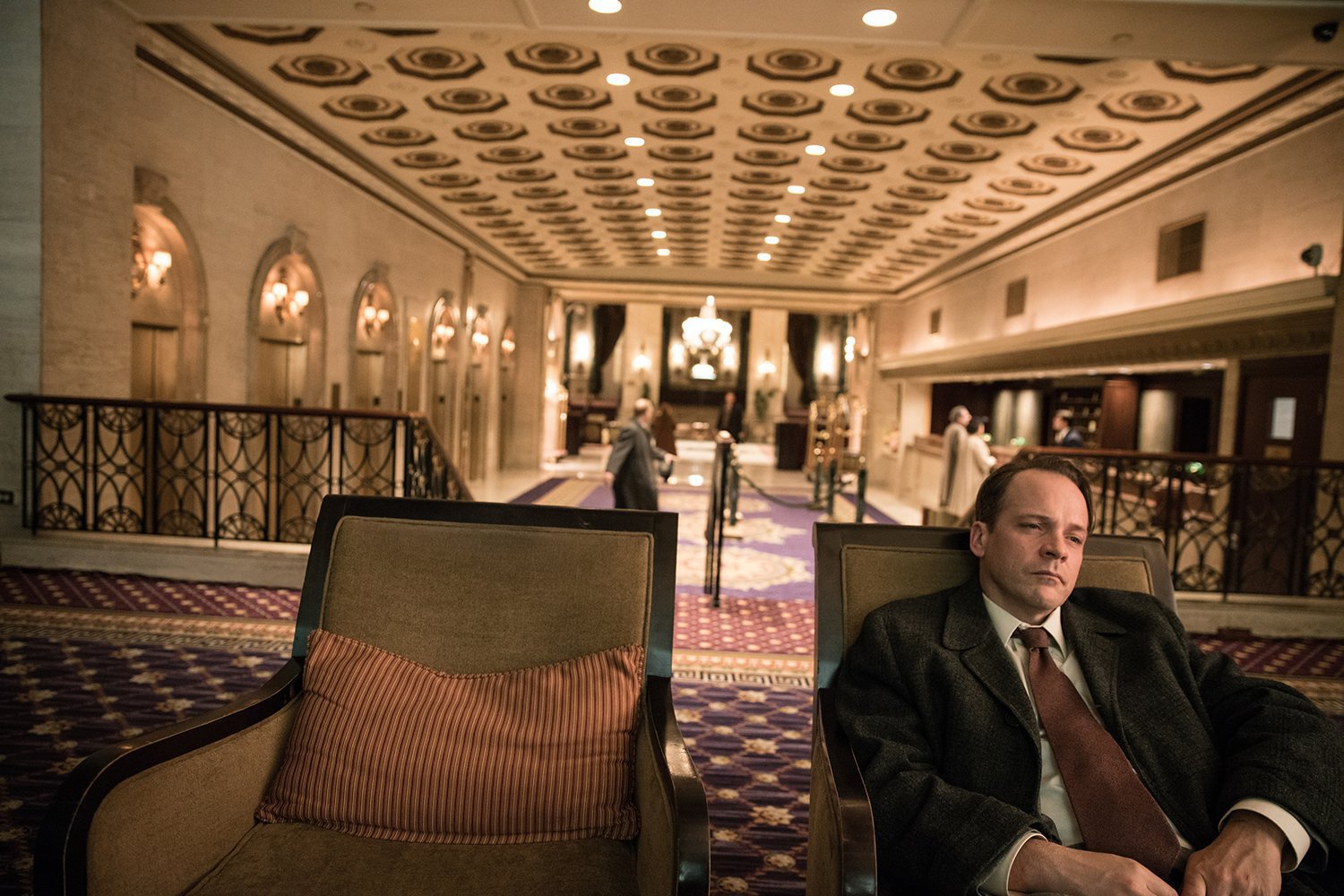 On November 28, 1953, Frank Olson plunged out of a window of the Hotel Statler—now the Hotel Pennsylvania—in New York City. This much is agreed upon by all parties, including the C.I.A., for whom Olson worked as a scientist, and Olson’s family, most prominently his son, Eric, who’s spent his life trying to prove that Frank’s death was a murder. Frank played a role in the C.I.A.’s collaboration with the army in the development of biological and psychological warfare, respectively, claiming that the United States used bio weapons during the Korean War. Frank was upset by what he knew and wanted out of his profession, which is to say that the most powerful people in our country benefited from his disappearance.

Frank and Eric’s stories are tailor-made for Errol Morris, who’s spent his own adult life documenting the rot that exists underneath American bureaucracy. In Wormwood, Morris interviews Eric at length, cutting between this real-life conversation and reenactments of scenes that may or may not have happened in the last 10 days of Frank’s life, with Peter Sarsgaard as Frank. Morris starts with a covert meeting in Deep Creek Lake, Maryland, where Frank’s brandy was laced with LSD, and ends with Frank’s plunge out of the hotel window, revisiting this week and a half over and over again, revising, adding, and subtracting a panoply of moments and sequences. Repetition is a technique as well as a theme of Wormwood, as Morris communicates the unresolved obsession for closure and justice that’s eating Eric alive.

Morris delights in Wormwood’s narrative, which is baffling, tediously intricate, and predictably devoid of an ending. For four hours, the filmmaker throws facts and rumors at the audience, inviting us to mentally shut down and savor the propulsive syntax of his editing and staging. Recurring symbols loom over the narrative, such as a mushroom cloud, representative of anxiety born of the nuclear age, which is occasionally juxtaposed with unnerving stock footage of insects that signifies the use of biological warfare. We also often see pictures of the Olsons, which are merged with shots of the actors playing them in the recreations to convey a muddying of truth and myth. Frank’s fall is restaged repeatedly, coming to suggest the bottomless subjectivity of society, in a manner that recalls the twin death falls in Alfred Hitchcock’s Vertigo.

Wormwood shows how a variety of nesting half-truths can be more elusive than outright lies—a theme that’s always obsessed Morris, particularly in his documentary about Donald Rumsfeld, The Unknown Known. (Rumsfeld has a role in this story too.) About halfway through Wormwood, it’s revealed that Eric fashions collages for therapeutic purposes, the first of which includes an image of a man falling from a building, shedding greater light on Morris’s own cubist formalism. Morris adapts a collage motif himself, filming his interviews at canted angles and dividing them into split screens that foster a feeling that we’re missing something out of an inability to take everything in at once.

These interviews are collapsed with recreations, stills, newspaper headings, and stock footage into a melee of stimulation that alludes to the answers that might be hidden in plain sight within pop culture. Jacques Tourneur’s Out of the Past and John Frankenheimer’s The Manchurian Candidate are quoted and re-contextualized as coded symbols of terror, and words such as “drop,” “accident,” and “fall” are informed with a totemic power that’s reflective of Eric’s longing for justice, which is a manifestation of guilt. A child at the time of Frank’s death, and a young and promising Harvard student when the incident was revisited in the 1970s, Eric initially bought what the government sold him, and now refuses to forgive himself for his complacency.

Morris paints a portrait of America as an imperialist bully in constant, usually irrational fear of collapsing. Frank Olson’s story directly and indirectly touches on the atrocities of the Korean and Vietnam wars, on the communist scare, on McCarthyism, on Watergate and the rise of illegal C.I.A. surveillance of civilians, and on the pervading sense of moral chaos that was sparked in the U.S. by this succession of tragedies and corruptions. Morris implicitly reminds us that vast American craziness isn’t new, and that any individual story can serve as a thread that can be pulled to unravel a network of social illusion.

In terms of scale and narrative ingenuity, Wormwood is as staggering as any Morris film—pure heroin for the conspiracy buffs who binged on Netflix’s Making of a Murderer—though one wishes that the filmmaker was less fancy. The recreations bloat the film and distract from the interviews and montages of found footage, relying on visual clichés that are purposefully reminiscent of a second-rate noir, suggesting an attempt to illustrate how crime becomes fantasy to then become a part of our cultural fabric. Morris has characteristically gained access to an amazing variety of people, from Eric Olson to Pulitzer Prize-winning investigative reporter Seymour Hersh to an ensemble of attorneys, detectives, and experts, and so the fictional sequences often distract from the meat of what Morris has discovered.

The directness of The B-Side: Elsa Dorfman’s Portrait Photography, in which Morris’s sensationalism gave way to tender human pathos, felt like a leap forward for the filmmaker. Such pathos is also evident in Wormwood, especially when Eric confesses to facing his father’s corpse in an examining room and touching its skull. Eric swallows the word “skull,” holding back embarrassment and grief. Such footage requires no complement from a comparatively routine cloak-and-dagger thriller. Morris’s astonishing ambition occasionally gets the better of him, threatening to contain the restless rage and compassion of his investigative poetry.