Robert Tumas just arrived in Union Square with his wife and they are about to see “The Social Network”…but first, a Thai dinner for said wife. I wonder if Zuckerburg likes Thai food.

Robert Tumas just paid for two tickets to see “The Social Network” and overdrafted his joint bank account. He is kicking himself for not just buying a cam recording of the movie illegally on Canal Street.

Robert Tumas has until 11pm tomorrow night to replace the overdrafted funds, thanks to Chase Bank’s polite overdraft policy.

Robert Tumas is settled in at the theater and is fucking amped up, having just seen the trailer for “True Grit” with Matt Damon and Jeff Bridges.

Robert Tumas LOL when he hears his wife remark that the only reason they chose Jesse Eisenberg was because they couldn’t afford Michael Cera.

Robert Tumas decides that going into debt in the name of supporting the movie industry is good thing.

Robert Tumas has a headache after the first 20 minutes of The Social Network and its snappy “Gilmore Girls”-on-cocaine dialogue, specifically the opening bar table beer scene, not to mention the dizzying mega hack that the Zuck digs into to get back at Erica Allbright who called him an “asshole.”

Robert Tumas is wondering why the shit Zuck runs around like that all the time with a backpack on and one hand in his pocket. This is clearly why Sorkin couldn’t work in that sweet walk and talk thing he does.

Robert Tumas thinks that Erica Allbright is actually the de facto founder of Facebook by goading a geek into nerd revenge.

Robert Tumas is trying to count the number of lawsuits brought against the Zuck-meister and realizes just how SERIOUS this crazy Facebook invention saga really is.

Robert Tumas actually believes that this is how students at Harvard talk because of “The Social Network.” Also, “Good Will Hunting.”

Robert Tumas is astounded at how snappy the dialogue is. This movie is definitely “well written.” Also, the audience loves the joke about Zuckerberg checking the female lawyers math, “1k + 18k = 19k!” Lots of LOL’ing.

Robert Tumas is astounded at how badly Zuck is screwing his best friend—this was not in the Welcome to Facebook letter from Zuck that came with his Facebook account.

Robert Tumas wishes he were just watching the “True Grit” trailer over and over again.

Robert Tumas has just quietly mentioned the run time of the movie to his wife.

Robert is no longer listed as “in a relationship.”

Robert Tumas Holy shit!!! Timberlake is the Napster guy! WTF is he doing in this movie? I thought it was about Social Networking not illegal P2P Filesharing.

Robert Tumas swears Timberlake totally had an erection in that first scene with the undergrad in boy shorts.

Robert Tumas wonders why James Franco hasn’t shown up in this movie yet.

Robert Tumas thinks it was not a very big erection either.

Robert Tumas is overjoyed that his wife has returned and hasn’t run off with Matt Damon.

Robert Tumas thinks California is truly the land of milk and honey—and cocaine. He hopes he will be suave enough to go there some day.

Robert Tumas can’t believe that James Franco didn’t think of Facebook first. He must have been taking his one hour of allotted sleep per year when Zucky thought of it.

Robert Tumas takes a look at all the cocaine at the house party and finally understands why they needed Sorkin to do this screenplay.

Robert Tumas is literally the only one that LOL’s at the crack on French Lit by the British guy: “My daughter’s at Cambridge studying French Literature, I didn’t even know there was such a thing.”

Robert Tumas is still laughing. Nobody understands him. He is a misunderstood critic.

Robert Tumas whoa! Justin Timberlake is like the best Social Networker ever. He talks faster than Asian co-eds can suck back Apple Tini’s.

Robert Tumas Facebook is worth 25 billion dollars! Why the hell is Zuck even bothering with these lawsuits? Just pay them off ferchrisakes.

Robert Tumas wonders why it’s up to the girl from the American version of the Office to tell Zuck that he’s not an asshole even though she has a fringe part in the movie at best.

Robert Tumas realizes that, oh yea, it’s because everyone who actually knows him, still thinks he is.

Interview: Jesse Eisenberg on When You Finish Saving the World and Fleishman Is in Trouble 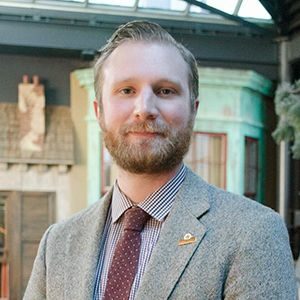 Robert Tumas is a student success coordinator at Walnut Hill College. His writing has appeared in The Rumpus, The L Magazine, and other publications.