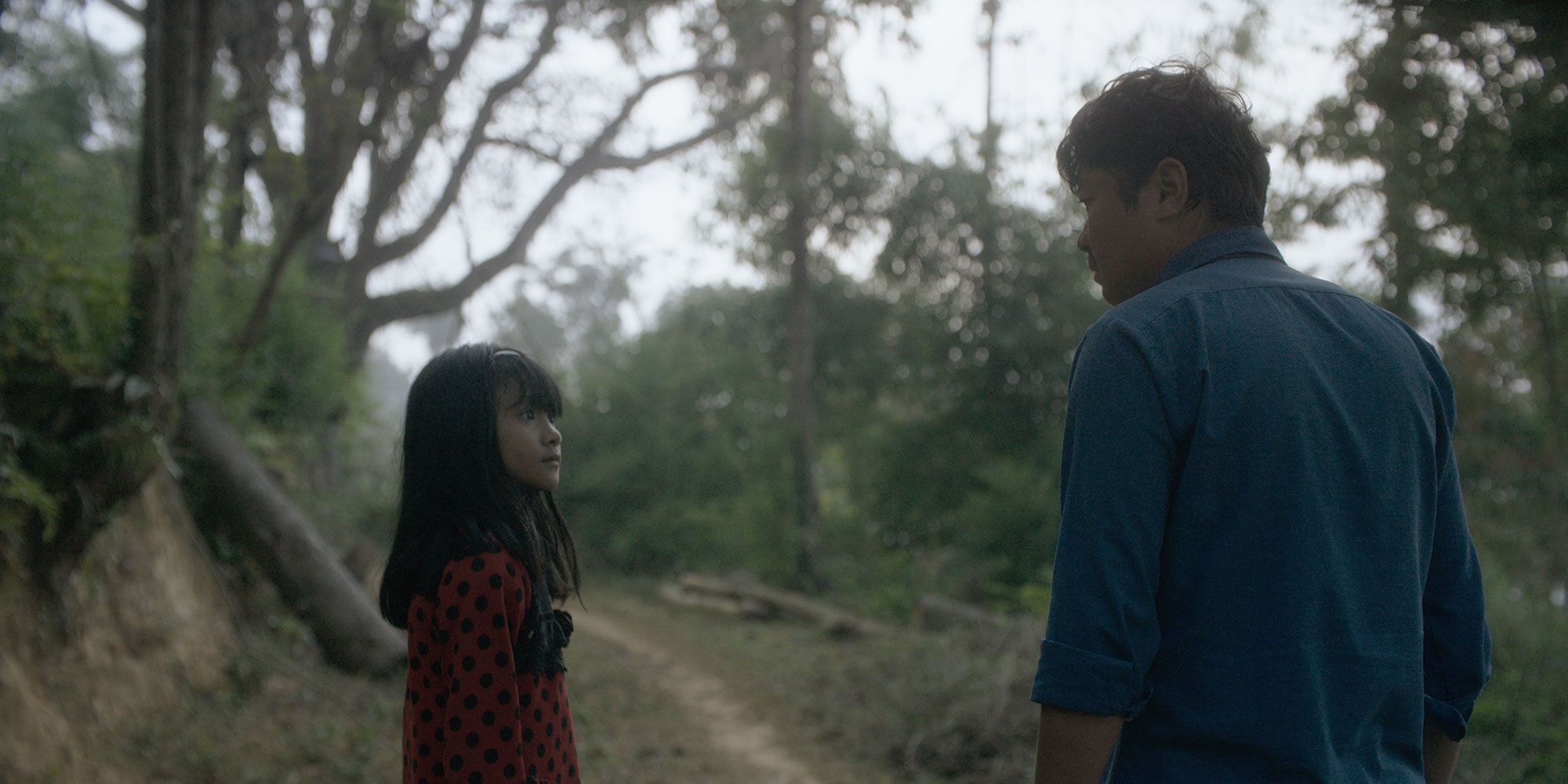 Deepak Rauniyar sets White Sun in Nepaltra, a small Nepalese mountain village that becomes a closed-off space for him to examine various sociopolitical tensions in Nepal’s post-civil war period: chiefly, tradition versus modernity, and the conflict between the political and the personal. Accordingly, the characters sometimes feel like little more than allegorical signposts, with Chandra (Dayahang Rai) standing in for the political progressivism that the many Nepaltra elders flat out reject, and a slew of supporting characters representing everyone caught in the middle of the fraught Nepalese peace process. These include Chandra’s ex-wife, Durga (Asha Maya Magrati); his resentful brother, Suraj (Rabindra Singh Baniya); and Durga’s daughter, Pooja (Sumi Malla), who thinks Chandra is her father.

Such dramatic shortcuts, however, are put in service of a political vision that’s clear-eyed and insightful. Chandra is a Maoist who left Nepaltra a decade ago in order to join his communist brethren in what he still believes is a fight for the good of the country; he’s only back because of the death of his father, the village chief. Many of the Nepaltra inhabitants, though, either bear a grudge against him for abandoning them or fear what modernization will do to their long-held way of life. Still, Rauniyar refuses to paint either side in simple-minded broad strokes. Chandra’s own party doesn’t escape criticism, as can be seen with the other major Maoist figure in the film: a snazzily dressed fellow militant who now arrives at funerals in a helicopter and generally appears to have lost touch with the common people the party initially pledged to defend—a perhaps inevitable hazard of gaining too much power.

Rauniyar frequently exposes the absurdity of the townspeople’s reflexive adherence to traditional ways of mourning, with a whole early sequence devoted simply to chronicling the cumbersome process of carefully moving a corpse out a window just because custom dictates it can’t be transported through the front door. But the filmmaker still takes seriously the elders’ fears of their traditions dying away in the midst of a new government.

It’s in the depictions of Durga and Badri (Amrit Pariyar), a 10-year-old orphan whose parents died in the war, that White Sun most formidably displays its political savvy. Durga shows hints of the progressivism to which Chandra has devoted his whole life; unlike many of the elders, she thinks little of touching Chandra’s father’s corpse, treating it just as a dead body and not some sacred object to eventually be consecrated. She also has a strong feminist streak, telling Chandra that she doesn’t mind being alone and that she’s only planning to marry Suraj in order to ensure a better future for Pooja. But it’s Badri who’s the most affecting character, bearing the most sobering scars of Nepal’s civil war. And Rauniyar hits upon a genuinely heartbreaking moment when Badri discovers that Chandra is a Maoist and attacks him, blaming the Maoists for the death of his parents while Chandra implores Badri to him as an individual and not as a stand-in for the group as a whole.

The children in White Sun may be affected by the many messes the adults have made, but they’re as yet untainted by the kind of petty resentments and sociopolitical prejudices that blind them. Rauniyar brings this home in a final scene in which the children of Nepaltra are the ones to carry out a village tradition because the adults are too wrapped up in their dramas. Rauniyar may be more skilled dramatist than inspired image-maker, but his balanced and humane social and political perspective is bracing nevertheless.