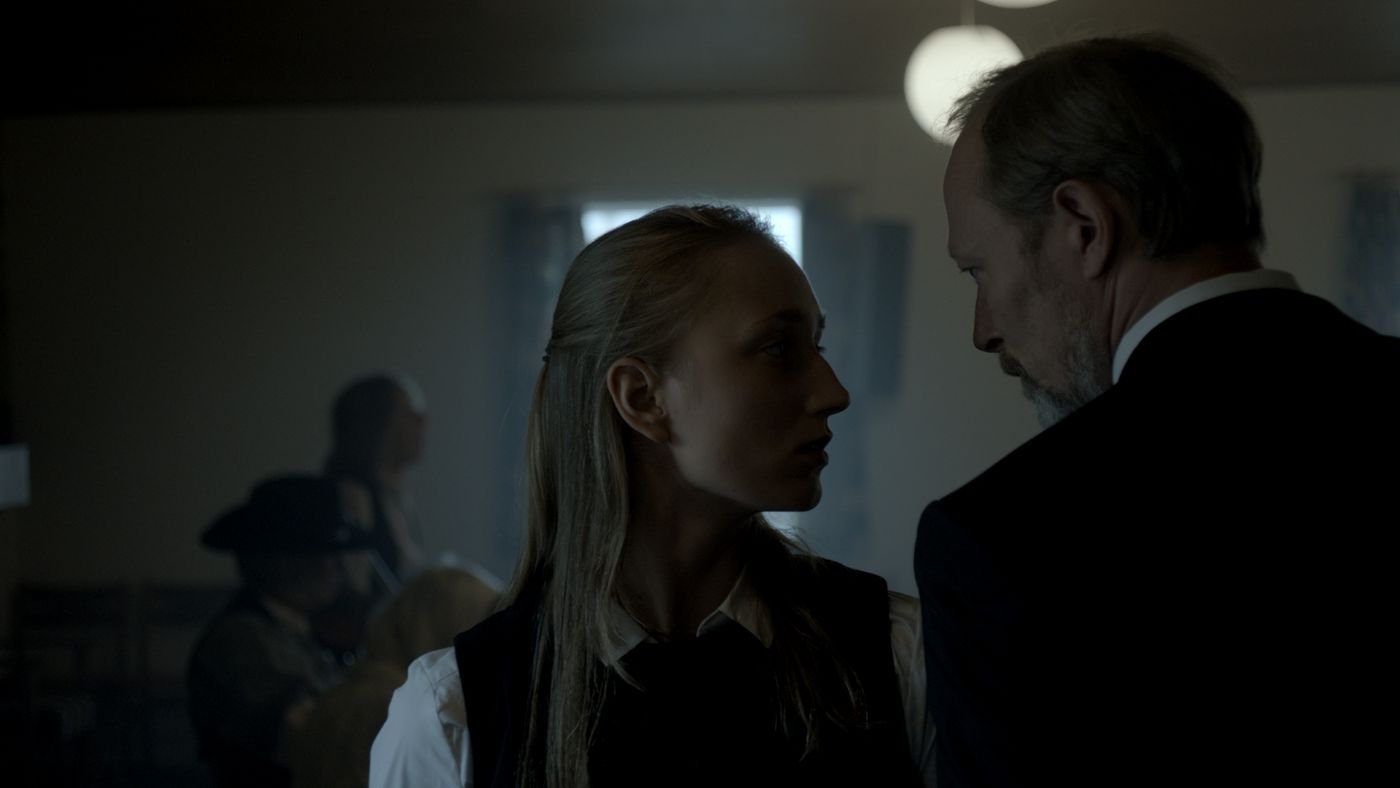 Something is wrong with Marie (Sonia Suhl), a slim beauty with a long, tellingly lupine face who lives as one of only a handful of women in a small, rustic fishing village that appears to be stuck somewhere in the early 1900s. Dr. Larsen (Stig Hoffmeyer) gives Marie a physical, noting a rash on her breast while considering her claims of weird itching. The physician then checks her back, asking her to stretch out, and seems to fail to find whatever malady for which they both appear to be looking. There’s a compelling implication of complicity in these early scenes from When Animals Dream, which is clearly a horror film in which most of the characters are already apprised of whatever supernatural rules will dictate the narrative. The audience must catch up with the protagonists, then, rather than the more traditional flipside—a requirement that initially reinvigorates a coming-of-age tale with a chilling sense of elision.

When Animals Dream is another slow burn of a horror film, arriving in American cinemas a week after the similarly pensive The Boy. They have similar ambitions and attending problems, both building to a single cathartic event, which they delay until it’s been theoretically informed with a certain level of emotional freight. Both films dramatize the pronounced bitterness of social isolation, stewing in redundant anecdotes that are meant to capture the boredom of the characters’ lives. When Animals Dream is the more successful film of the two, because Marie is a more alert and expressive presence than The Boy’s titular sociopath, but it similarly succumbs to a sense of inertia that invites the suspicion that a solid short film has been stretched out to a feature. There’s no tonal variation in When Animals Dream, which is one long funereal slog in which Marie discovers something about herself that’s almost immediately apparent. And there’s even less visual variation, as the cinematography’s beautiful browns and grays grow increasingly narcotizing as the film progresses.

There are memorable touches. Marie’s transformation into a non-traditional form of a classic monster is predominantly symbolized by the vertical movement of her shoulder blades—an inventive, nearly sexual flourish that grounds the supernatural elements in tactile physicality. The best scene offers a strange, haunting setting, revealing that a Russian ship served as a prison for Marie’s mother when she suffered the malady that now befalls her daughter. As Marie’s father, Lars Mikkelsen projects a poignant air of loss that reflects the character’s station as a caretaker of a damned family, and he has resonantly paternal chemistry with Suhl, who quietly carries When Animals Dream. But these gestures fail to correct the film’s escalating, self-conscious narrative vagueness, which is best embodied by the fastidiously art-directed landscapes shots that occupy director Jonas Alexander Arnby’s attention in place of the more interesting, not to mention deranged, sexual politics that lingeringly inform Marie’s status within her toxically male atmosphere.