Oscar-winner and True Blood star Anna Paquin swaps out blood suckers for drug pushers in the forthcoming Free Ride, a pot-smuggling thriller that’s set in 1970s Florida, and opens in select theaters and on VOD platforms this Friday. Written and directed by Shana Betz, who based the material on her own life story, the movie co-stars Sopranos vet Drea de Matteo, who plays Sandy, the woman who shows Paquin’s Christina the ropes of an underworld (de Matteo’s inclusion makes Free Ride a union of HBO princesses to boot). We’ve got an exclusive clip from the film below, along with the official, just-released poster and trailer. But first, check out a quick synopsis from distributor Phase 4 Films:

“In search of a better life for her family and desperate to escape her tumultuous relationship, Christina (Anna Paquin) hastily moves to Florida and enters the dangerous world of the high-stakes underground drug scene. She quickly learns that dealing drugs at the height of South Florida’s smuggling heyday has its price. As law enforcement closes in on Christina and her drug operation, she must find a way to salvage the life she has desperately worked to repair before it all comes crashing down.” 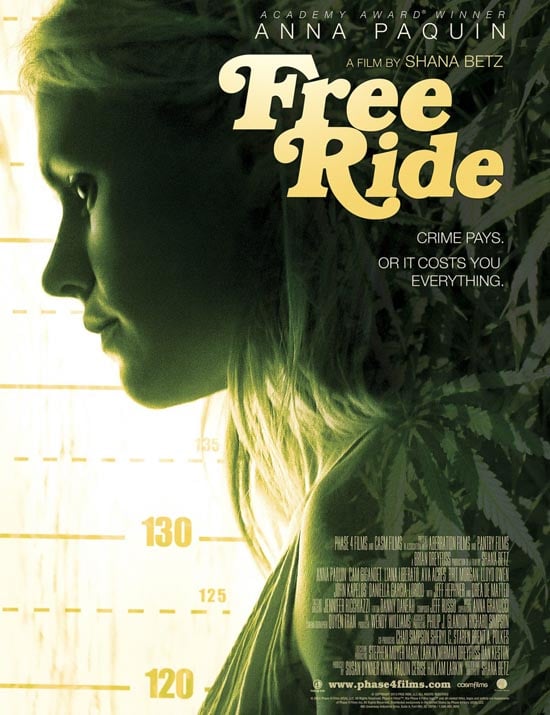 Review: If You Build It