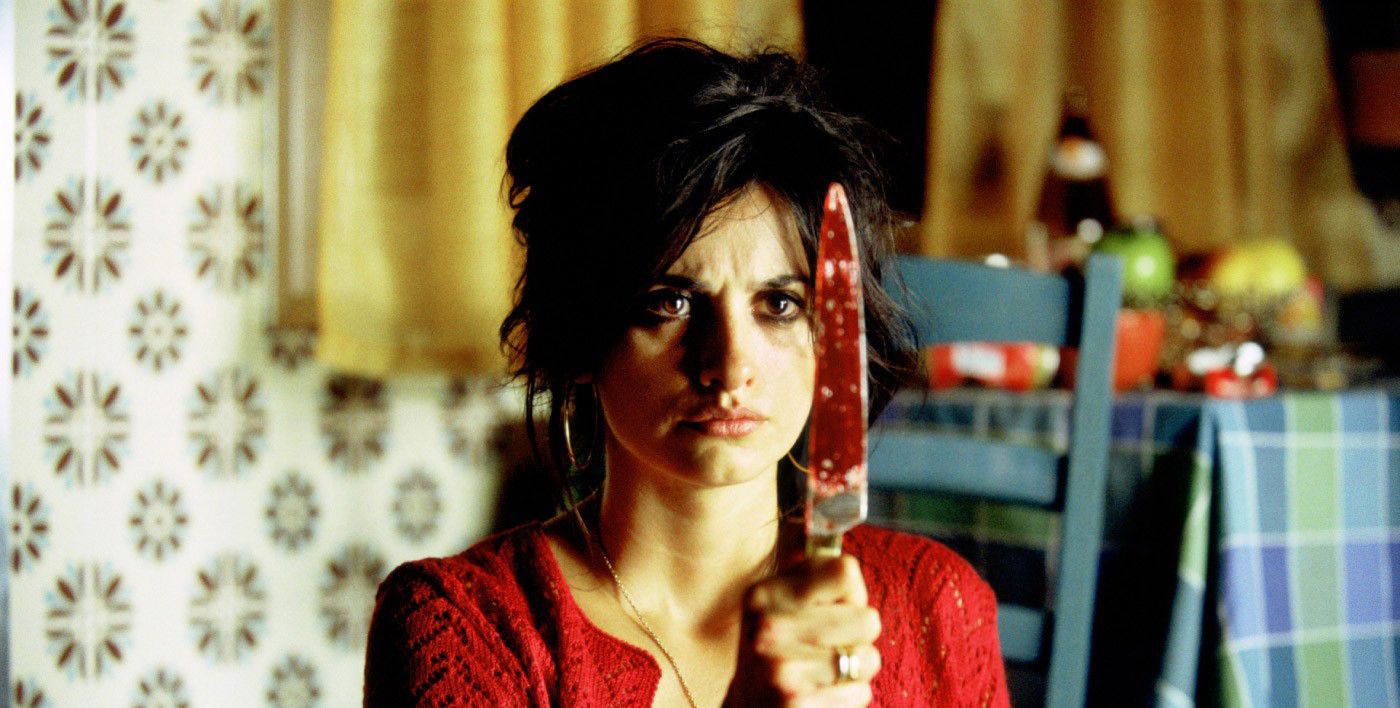 The albatross of Pedro Almodóvar’s flamboyant ‘80s oeuvre will encumber the director as long as he makes films like Volver, which, not unlike Talk to Her, is an exceptionally well-crafted work that never threatens to fabulously and spontaneously combust before our eyes like his transgressive masterpiece Law of Desire. The title of this new film is not two-faced: it doesn’t herald the return of the once punk-spirited master of Spanish cinema but the reemergence of dead people and buried secrets. It’s almost tempting then to side with Armond White, who, in condescending to “baby critics” in the 2004 Slate “Movie Club” for digging Bad Education, stated that Almodóvar’s cultural advances no longer matter to straights and gays, except the director’s appreciation of women and love of color is still vital to film culture.

Volver doesn’t take the risks of João Pedro Rodrigues’s Two Drifters, but it pushes a casually profound appreciation of foreign rites and emotions. Almodóvar’s women are always kissing each other (it’s the film’s running gag), and by exaggerating the sound of their smooching, the director stresses the intimacy and modes of communication that connect these females, who live in a town that appears to suffer from a draught of men, and where the living tend to the dead as fiercely as the dead guard over those who are still alive. Call it All About My Women, because in stripping the story’s rural milieu of husbands, fathers, and sons, Almodóvar is able to acutely home in on the way a group of Spanish females treat each other in very specific, sometimes extravagant social and personal situations.

These fierce women include: Raimunda (Penélope Cruz), whose husband lusts for their daughter Paula (Yohana Cobo); her mousy sister Sole (Lola Dueñas), who runs an illegal beauty parlor out of her apartment; their mother Irene (a fearless Carmen Maura), who died in a tragic fire years ago and whose ghost tends to unfinished business, including the care of her ailing sister Irene (Chus Lampreave, wearing glasses that exaggerate the size of her eyes); and their neighbor Agustina (Blanca Portillo), whose mother, a former hippie, has been missing for years. These women are perpetually haunted (by duty and superstition), staying close in spite of their bitter spats, helping each other in times of stress without question, perhaps sensing the world might implode if they turned their backs to each other.

Mildred Pierce won Joan Crawford an Oscar, and Almodóvar’s quaint riff on the Michael Curtiz classic may do the same for Penélope Cruz, who plays a mother who achieves autonomy through the success of a restaurant she surreptitiously takes over from her neighbor and who will do anything to keep her daughter safe. This is clearly the performance of Cruz’s young career—so good that it helps to ease the strain of a gimmicky storyline that tries to sneak up on the audience. Cruz achieves this by suggesting—through tears that are scarcely crocodile—that Raimunda’s strong countenance disguises sinister goings-on. When the story’s floodgates open, what’s surprising is how casually Almodóvar allows the waves to roll, leisurely acknowledging that melodrama is fiercely embedded in Spanish culture. One door closes in the film and another opens, tragedy doubles back on itself, and through it all these women stay close in mind, body, and spirit—always forgiving.

Farewell: A Tribute to Elem Klimov and Larisa Shepitko