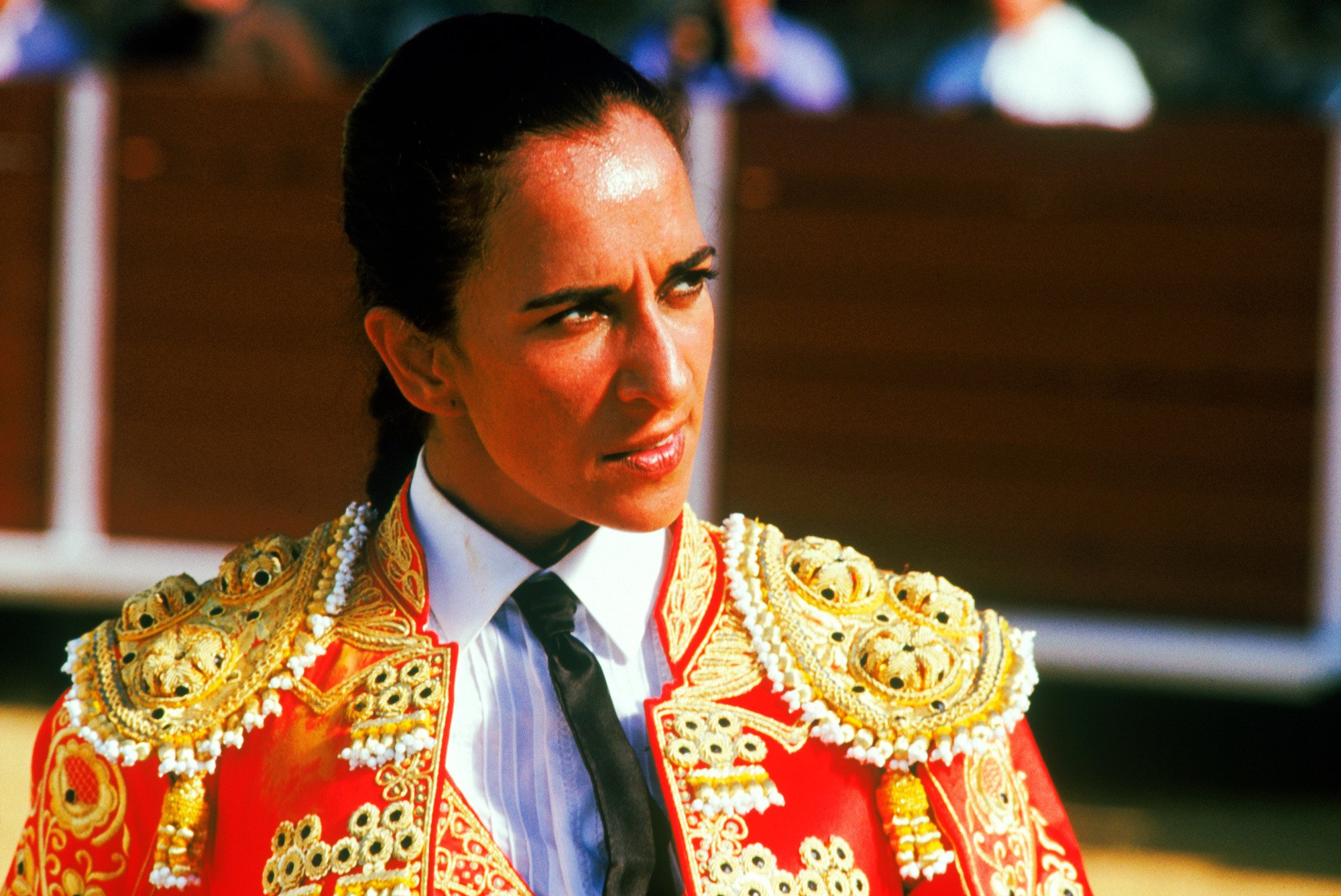 Though weighed down by its jazzy-theatrical formalism, Talk to Her still finds Pedro Almodóvar pushing a uniquely soulful blend of comedy and drama. Lydia (Rosario Flores) is a bullfighter afraid of snakes. Marco (Darío Grandinetti) is the man who loves her. Though their love remains unconsummated, he sits loyally by her bedside when a raging bull leaves her in a coma. Enter Benigno (Javier Cámara), the sexually confused male nurse who advises Marco to “talk to her”; he should know, seeing as he’s been talking to his own crippled girlfriend, Alicia (Leonor Watling), for four years now. Benigno’s philosophy of healing echoes Almodóvar’s interest in opening the lines of communication between women and the men who love them all too passionately, sometimes unconventionally.

Since the early ‘80s, Almodóvar’s penetrating cinema has been challenging our perceptions of sex and sexual behavior via modes of camp, and this time around he grapples with rape and unconsciousness. Alicia’s ballet teacher, Katerina Bilova (Geraldine Chaplin), is the Spanish director’s proxy: She speaks of femininity emerging from masculinity and the earth giving way to that which is ethereal. Her fascination with such physical transformations is indicative of her spiritual comforts, and if it weren’t for her commentary, or the fact that Marco and Benigno are seen as the film’s true cripples, Talk To Her’s justification of rape would be infinitely more troublesome.

Just as there is a distance that separates men and women and a passageway that brings them together (celebrated via a delirious silent-film-as-fantasy sequence), Almodóvar’s gliding camera evokes the remoteness between freedom and imprisonment when Marco visits Benigno in a far-off Segovia prison. Marco’s friendship to Benigno ignites all sorts of spiritual awakenings. Most evocatively, Almodóvar suggests the need for spiritual invention regardless of the nature of one’s crippledom. A picture of a Havana woman can be seen within the pages of Marco’s Cuban travel guide. Hers is a cultural imprisonment, much like Lydia’s misogynistic captivity (by both the media and her fellow bullfighters).

Talk To Her seems less about the communication between men and women than it is an evocation of the rebirth of the body and spirit. Almodóvar never stresses this point but it’s telling that the virginal Benigno is both Jesus and Mary rolled into one, willingly crucifying himself and vilifying his honor in the hope that Alicia will also change form. Nothing here may be simple but Almodóvar makes it all seem so effortless.