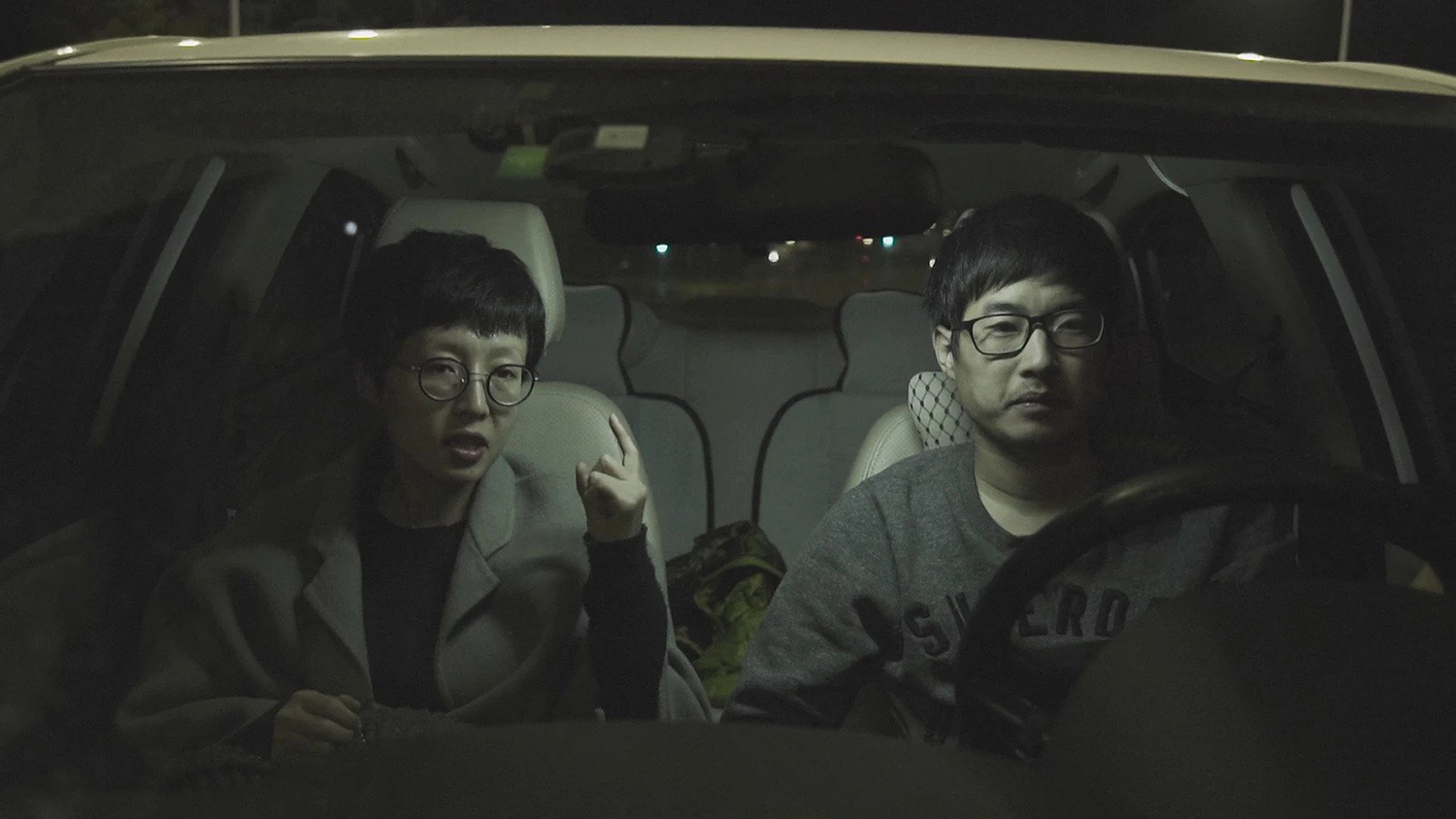 Many of the films at Visions du Réel, this year running as a digital-only event in light of the COVID-19 pandemic, expand the notion of “the real” in all of its plasticity, exposing the layers of fiction inherent to any form of documentary filmmaking. In Love Poem, for example, director Xiaozhen Wang amplifies the complicated relationship between spontaneity and artifice into a puzzling sleight of hand. The film begins in the confines of a car, where a couple is quarrelling in front of their young child. The camera lingers on the woman (Qing Zhou) in the back seat, who feeds her daughter seaweed snacks and lollipops while her husband drives the vehicle. No one seems to be wearing a seatbelt.

The woman chastises her husband for never changing their child’s diapers—and for being unfaithful. He accuses her of being selfish with her money. She threatens to divorce him and asks their daughter if she’d rather stay with her father or mother (she chooses the latter). By the end of this asphyxiating car ride, she’s kicked, slapped, pinched and spat on him.

It all feels heartbreakingly realistic until the woman brings up the fact that her husband makes films. Which may make you wonder if the husband is played by the filmmaker himself (he is) and start speculating about how much of Love Poem’s drama is candid and how much of it is staged. The question of manipulation seeps into the surface of the film along with the perversity inherent to filmmakers, and husbands, who might reduce human beings into tools for personal enjoyment or for the sake of building up their oeuvres.

That’s precisely the complaint of the woman in the film’s second half, which takes the audience on another stifling car ride. Here, heterosexual coupledom is spoiled by a woman’s endless complaints and her male lover’s very reliable ability to screw everything up. The scene appears to be a flashback to a time when the man from Love Poem’s first half was seeing the woman who his wife was so angry about. The husband wants to see the other woman one last time before bringing a pregnancy test kit home to his wife.

In this setup, Wang is less worried about exploiting the cusp between reality and fiction. Instead, he allows the seams of the filmmaking process to show, as the couple sometimes stop speaking to check if the camera battery is low, but also for the woman to complain about the fact that all the man wants to do is film. “You don’t even see me as human,” she tells him.

We are, then, never quite sure what’s real and what’s not—a disorienting but also immersive feeling. Wang insists on re-living the situation in the second half of the film multiple times as the man and woman repeat dialogue that a few moments prior seemed so convincingly off the cuff, as if flaunting the fact that any representation turns behavior into acting, or at the very least outs behavior as acting, and that once filmed, any drama is melodrama. 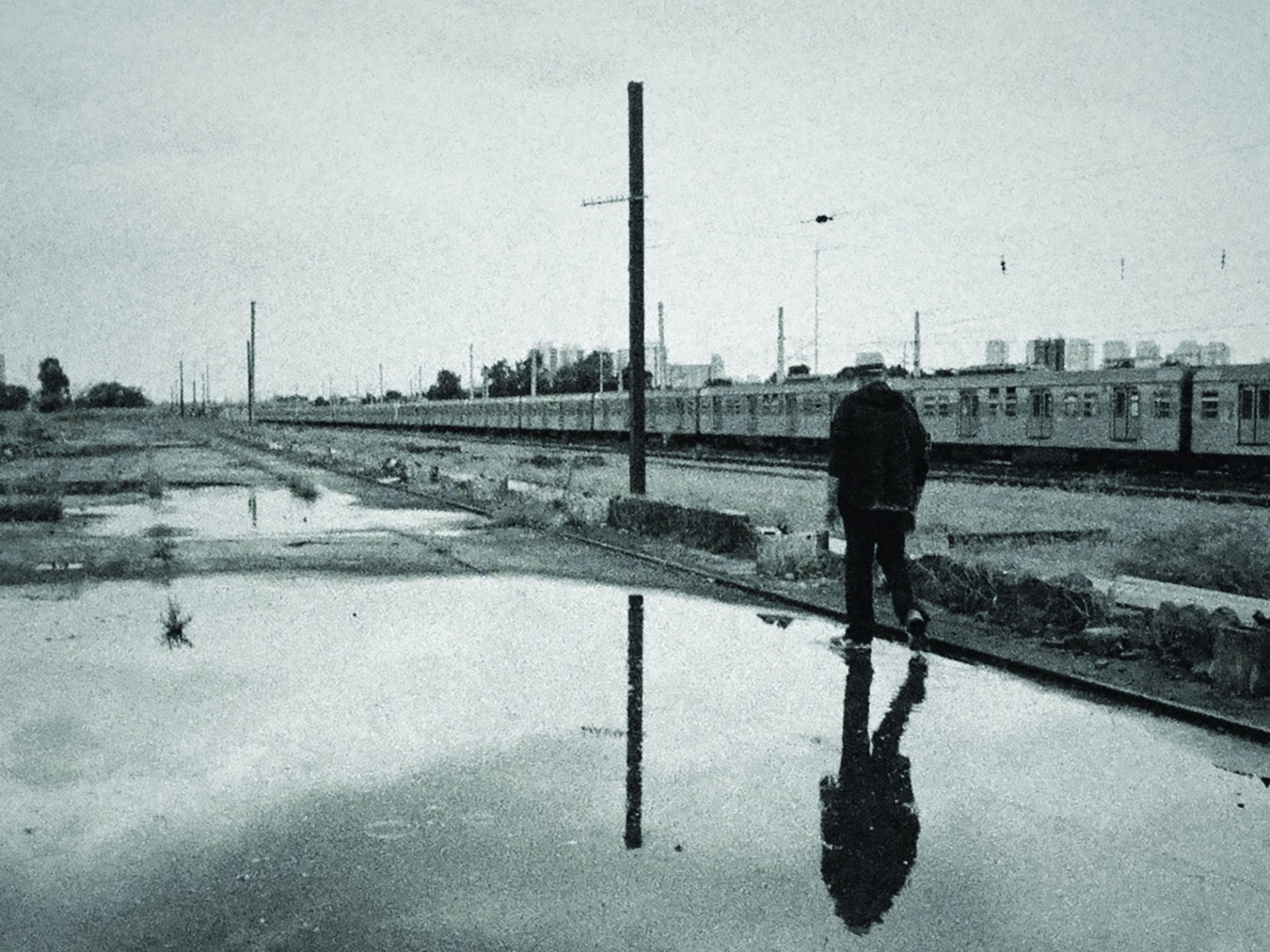 A scene from Babenco: Tell Me When I Die. © Taskovski Films Ltd.

The seams of the cinematic process are also visible in Babenco: Tell Me When I Die, Barbara Paz’s exquisite portrait of her husband, Héctor Babenco, in his final days. While Love Poem documents the violent asymmetry between a filmmaker and his subjects, in Babenco cinema appears as a kind of lovemaking that puts lovers in dignified dialogue with each other.

Though there’s unquestionable dissonance between the dying veteran filmmaker and his much younger pupil, their roles aren’t so fixed. Not only because they take turns filming each other, but because to be filmed in Babenco doesn’t mean becoming a director’s puppet. Babenco, for instance, teaches Paz about depth of field and camera lenses as she films him, discovering different apertures. Preparation and doubt about the crafting of an image is refreshingly front and center, which complicates and destabilizes the relationship between filmed subject and filmmaker, as the makers are here either dying or still learning how to shoot.

Babenco used to dream of becoming the next Luchino Visconti and could seem arrogant at times. But Paz steers clear of appeasing his ego or turning Babenco into a hagiography. She isn’t cowered by Babenco’s grandeur, nor does she try to channel it into her filmmaking. She’s simply a good pupil, taking Babenco’s filmmaking tips to heart in order to make her own film. That includes not romanticizing every moment they share, or “otherwise you’ll have a movie lasting four hours and 15 minutes,” as Babenco tells Paz.

There are things bigger than cinema in Babenco. Things like the joie de vivre borne out of intimacy of the kind no cinematic proficiency can fake, and for which the camera is a useful witness but not an almighty cause. Bigger things like death, too, which taunted Babenco repeatedly from his first bout with cancer, when he was nominated for an Academy Award for The Kiss of the Spider Woman at age 37, all the way to his death at 70.

Paz evokes the nodes linking Babenco’s films to his psychic life through exquisitely seamless editing. She steeps all of her images in a consistent black-and-white dreamscape and forges a surreal dialogue between the filmmaker’s own words in interviews and those uttered by the characters in his films. One of them says cancer is the only thing he ever got. Another one says she thinks we die when we can’t stand it anymore. Paz is more interested in reflection than explanation, so we’re never told the titles of the films or when they were made. It’s as though her ingenious hands have returned these fragments of fiction back to their place of origin, imbricating them with the real of Babenco’s body one last time.