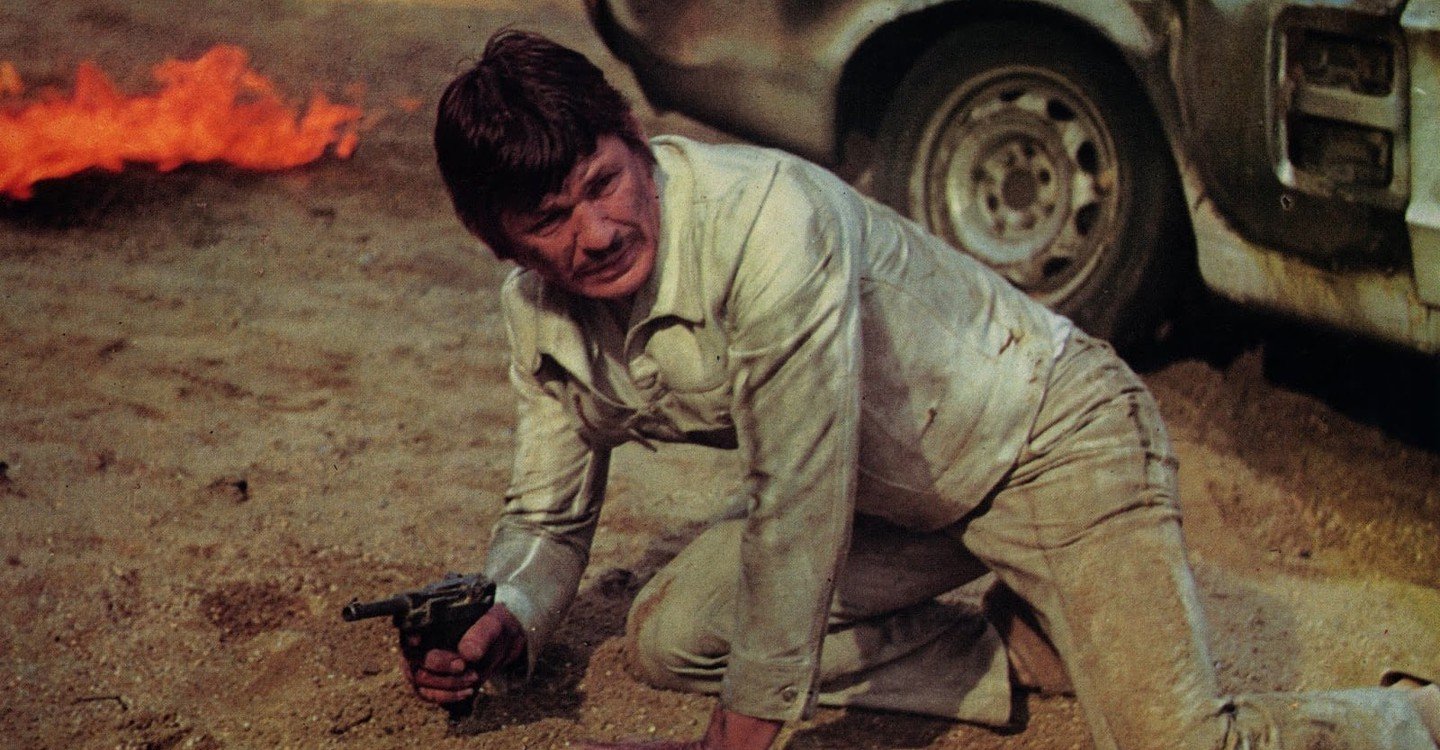 Charles Bronson gets screwed over in Violent City. In fact, he gets screwed over so many times that the film loses track of its internal timeline. With the help of four screenwriters, including Lina Wertmüller, all (to varying degrees) seemingly bent on turning a routine mafia revenge potboiler into something grander, this harbinger of the poliziotteschi genre (only without any polizio to speak of) is fast-paced but incoherent.

Bronson and then-wife Jill Ireland star as double-crossed lovers Jeff and Vanessa. Jeff is a hit man by trade and Vanessa is just trade. Or, rather, she gets traded the moment that she thinks he’s killed in the crossfire. Passed with all the ceremony of a gravy boat, the buxom Vanessa (or reland’s decidedly less demure body double) becomes the wife of a standard-issue mob boss, Al Weber, played by a corpulent Telly Savalas in Carrie Donovan goggles. When it turns out that Jeff wasn’t, in fact, rubbed out, he gets caught in the volley between Vanessa and Al.

One wants Jeff for his body, the other for his mind. The crisis of conscience leaves Jeff ready to leave the killing game behind—that is, after he wreaks revenge on all those who orchestrated the earlier attempt on his life—but still defenseless against Vanessa’s boobtacular rape-worthiness. And I do mean “rape” literally. In one scene, Jeff drags Vanessa into an alleyway and rips her dress off until the two are interrupted by a trio of thugs beating another man to death; Vanessa’s comment about violent things happening to her when Jeff is around is clearly and disturbingly in reference to the beating, not her own near-rape.

If the film’s presentation, like many of its ideas, is queasy, at least it’s smart enough to open forcefully. The opening chase sequence falls between Bullitt and The French Connection in film history, but damn near outdoes either by staging its engine-revving, pedestrian-dodging antics not on the wide streets of American cities but on the narrow, winding pathways—and, in one case, staircases—of a Caribbean isle. (The later racecar sequence is like a Pinewood Derby rush hour in comparison.) But regardless of how much Wertmüller had her hand in the shaping of this material, no crime saga which features but a single female character can leave much doubt as to who, in the end, is the biggest bitch of them all.