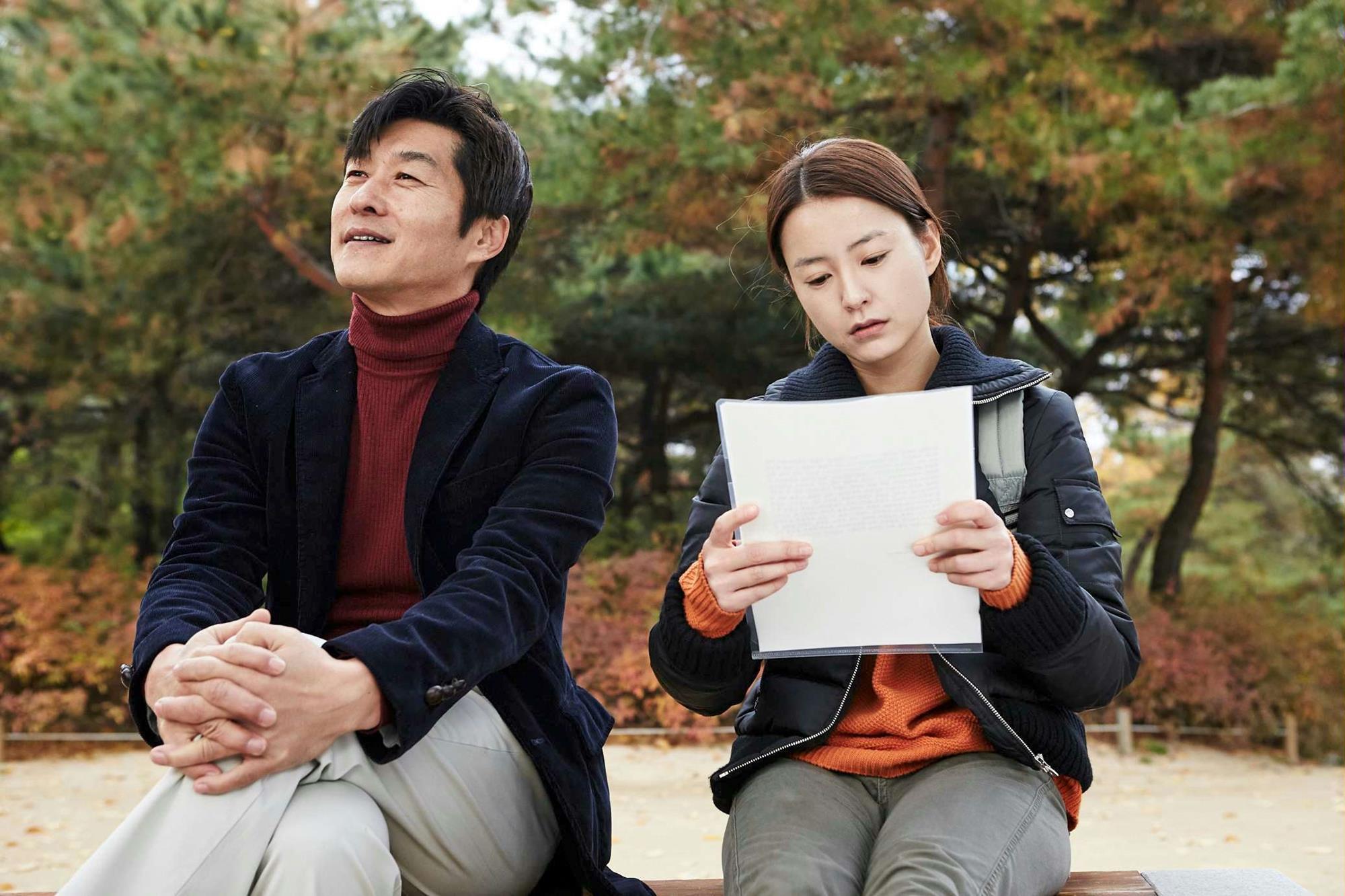 Though “Safety Last!” was the name given by the Viennale this year to a special program compiling 12 Will Ferrell sketches from Saturday Night Live, it could have also titled an unofficial subsection of films during this year’s festival. We’re now past the midway point of the 51st Viennale, and I’ve already seen a number of features and documentaries in which people endure—or see themselves perilously close to enduring—profound hazards to their bodies.

Two such films premiered (and invited unlikely comparisons) at the Berlinale earlier this year: Vic + Flo Saw a Bear, by Quebecois writer-director Denis Côté, and Gold, a Canada-set western by German filmmaker Thomas Arslan. Both works contain a scene involving the lethal jaws of a bear trap. In Vic + Flo, the snap brings the film’s tonal peculiarity and suggestive menace to a logical endpoint, whereas in Gold it sends one of its more intriguing characters to an early death.

Set in 1898, Gold is frustratingly evasive about its period setting and is more interested in the (less interesting) playoffs between its ensemble of stiff stereotypes, led by stoically heroic Nina Hoss, who commands the screen with the more internalised emotional register for which she’s become known. In contrast, Vic + Flo is a much more assured character piece, about two ex-cons whose efforts for a quiet life are undone by social pressures and an avenging angel from one of their pasts. Throughout, Côté intrigues and compels through perfectly judged ellipses and calculated flourishes—not to mention uniformly impeccable performances.

Though the Viennale’s first screening of Vic + Flo was this critic’s second viewing, it was the first time I had seen it in a cinema, and the social setting brought an audible oomph during the aforementioned bear-trap scene. In J. P. Sniadecki’s less intense Demolition, the apparent absence of safety measures at a demolition site in Chengdu, the capital city of China’s Sichuan province, draws attention to the dangerous working conditions depicted therein. Sniadecki’s impressive ethnographic documentary, about itinerant workers dismantling a seemingly endless mess of rubble at a skate park manages to incorporate into its limited, ground-level perspective the labourers’ frequent frissons with employers. Nobody is hurt in the film, but watching these men toil away without a pair of steel-capped boots between them gives off a prolonged unease.

Peter Hutton’s Three Landscapes also foregrounds human labor as an active engagement with the material world. This beguiling, silent 16mm film presents a triptych of settings (Detroit, the Hudson River Valley, and Ethiopia’s Dallol Depression), each of which is shaped by human labor. Its first section culminates with a view of figures ascending Detroit’s Ambassador Bridge, silhouetted against a monochrome sky, while the second section recalls those lengthy sequences in Patrick Keiller’s masterpiece Robinson in Ruins in which tractors prowl back and forth through the frame. The Dallol section is particularly stunning, in both its color (striking dusty terrains against a sharp blue sky) and its sun-soaked calm in contrast to the urban and rural landscapes that precede it. All three sections provide further evidence that “sense of place” in a film might have a lot to do with lighting: capturing the tone and feel of a place through cinematographic means. This is surely what a critic means by the word “immersive,” though for me, not enough filmmakers achieve it—by choice or otherwise. But when done right (think of Jeff Nichols or Paul Thomas Anderson), the results can almost transport you to another world entirely.

Nailing the feel of a place through precise lighting isn’t a problem for the formidably prolific South Korean auteur Hong Sang-soo—or for his latest cinematographer, Park Hong-yeol. Our Sunhi, Hong’s most recent feature, evokes Rohmer in its talky treatment of how a film school graduate (Jung Yoo-mi) negotiates the romantic designs that three variably pathetic men have on her, and its deceptively complex rhythms and offbeat humor accumulate into an amusing, nuanced riff on cinema as a man’s world enlivened by mysterious objects of desire. At less than 90 minutes, the film is deft and cunning, and it had my full attention from that early scene in which Sunhi sits in a chicken joint drinking beer with a pal. The lighting is remarkable: framed in profile against a large window, Sunhi is almost a silhouette against the street outside, which seems at once to be invitingly and off-puttingly bright. Her own solitude—in a darkened place no less—seemed in some way to mirror that of the audience watching the film, as an autumnal sun shone down onto the streets of Vienna.

Review: A Case of You