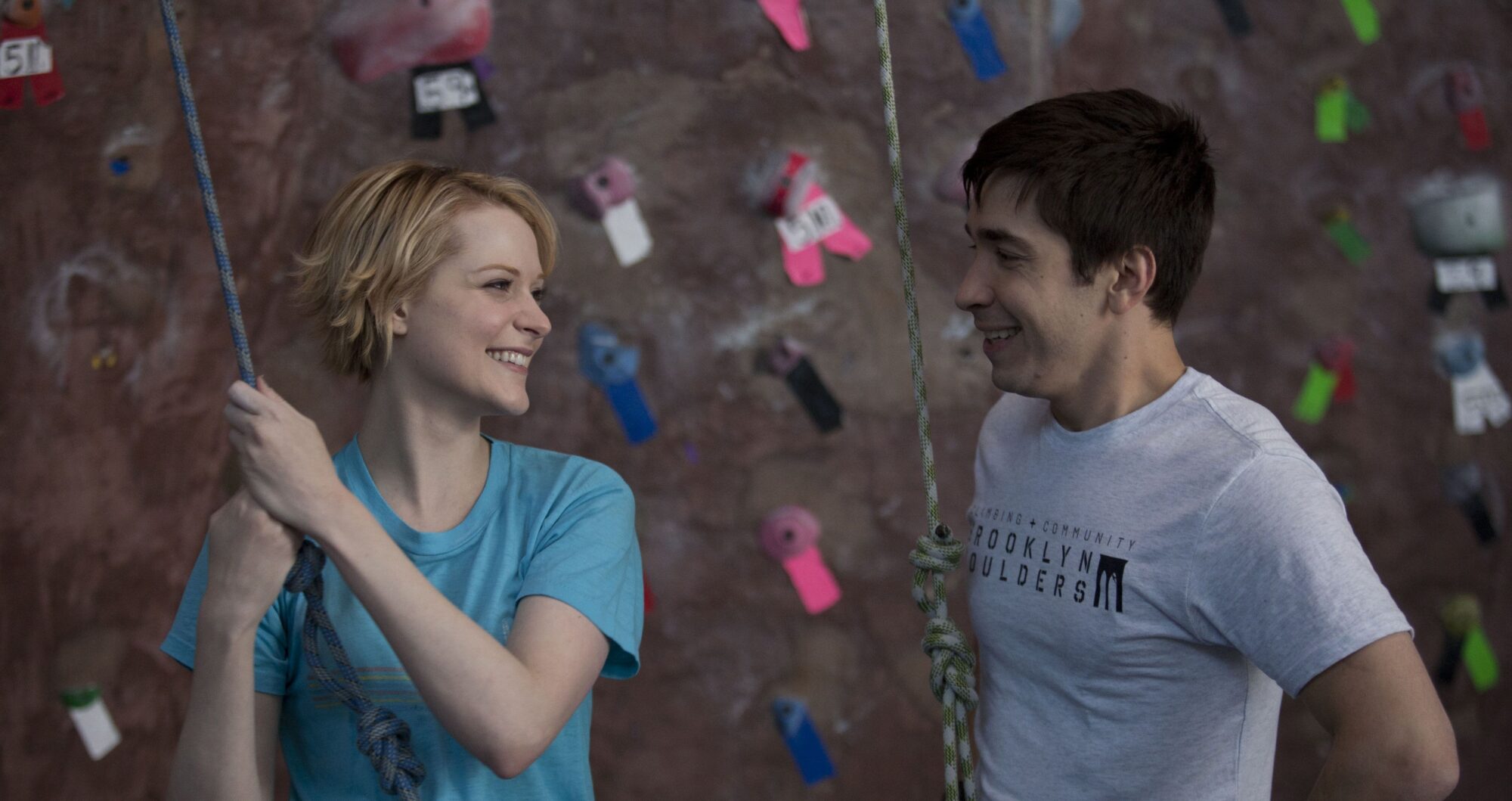 Kat Coiro’s A Case of You takes the comedy of discomfort to new levels of cringe-worthiness by presenting a lead character whose behavior leans dangerously close to pathological and then asking us to get on board with this troubled individual’s antics. Sam (Justin Long) is an uptight writer, cranking out movie novelizations in his luxe Williamsburg pad while dreaming of becoming a serious man of letters. When he meets Birdie (Evan Rachel Wood) at his local coffee shop just before she gets fired as a barista, the two seem to hit it off. Sam easily tracks her down on Facebook, but rather than messaging her, this supremely insecure wordsmith studies the lists of “likes” on her profile and sets about turning himself into what he imagines to be her ideal man.

The film’s first half unfolds as a series of nail-biting incidents that are meant, but fail, as comedy. In incident after incident, Sam parades his fake enthusiasms in front of Birdie and is nearly exposed at every turn, leading, in the most harrowing moment, to a situation in which the supposed guitar whiz is called up on stage for an impromptu jam and has to cover up his complete lack of competence with the instrument.

A Case of You might function as a desperate portrait of personal insecurity and resulting madness if it weren’t so committed to its barely competent comedic premise and a presentation of its lead character’s antics as offbeat but essentially sane. In fact, there’s a scene late in the movie that suggests this alternate path the project might have taken. In a lame meta-conceit, Sam’s new novel is more or less directly based on the events that the film portrays, and when he goes to meet with his publisher, he’s offered up an interpretation of his book as a portrait of an ineffectual, borderline psychotic individual.

Unfortunately, this reading of Sam’s book doesn’t in any way extend to the movie we’re watching, which rather than expose the insanity of its lead character’s behavior, indulges it at every turn, even when Sam cruelly turns on Birdie and blames her for his own foolish shenanigans. Eventually, the film tries to interrogate the question of individual identity within a relationship, asking how much of one’s self a person should submerge and how much one should retain. But since we’ve already been subjected to the most negative possible answer to this inquiry for the balance of the running time, the question seems practically moot. It only remains to gently correct the behavior of our ultimately charming, if a tad insecure, hero and reunite him with his colossally forgiving love.