“It’s a film festival’s job—and increasingly so—to create moments of recognition, of enjoyment, of shock, of learning. Not of consumerism. Not of implementing cultural policy. But moments without pretence, unclouded by vested interests, by intervention, by cynicism, by everyday business. Committed to nothing but the thing itself. Under obligation to nothing, to no one, not even to the filmmakers themselves. To basically seek access to a form that does not yet exist, a place no one has been to, a time that has not yet come. ‘A form that thinks, and a thought that forms,’ as Jean-Luc Godard has it.”

The above statement of intent comes from Hans Hurch, the director of the Viennale, and I know of no other festival that comes as close to this radical ideal. The tone of this year’s Viennale was set by David Lynch’s surreal trailer, at the same time amusing, puzzling, and disturbing. For the “serious-minded” filmgoer, there were retrospectives of the personal works of Chantal Akerman, Hong Kong horror maestro Soi Cheaug, American film essayist Lee Anne Schmitt, and new films by Jean-Marie Straub, as well as tons of other experimental films that could either surprise, shock, or bore.

There was also a chance for those to catch up on those superb movies that were first shown in Cannes 2011, such as the Dardenne brothers’ The Kid on The Bike, Aki Kaurismäki’s Le Havre, and one of the most haunting films of the last decade, Nuri Bilge Ceylan’s Once Upon a Time in Anatolia, which could have been titled They Drive By Night—all three far superior to the eventual divisive Cannes winner, which was thankfully absent from the Viennale. Also from Cannes was Hong Sang-soo’s satisfyingly recognizable The Day He Arrives with its transitory relationships among intellectuals, its coincidences, circular structure, long takes, and much eating and drinking.

The guest of honor this year was Harry Belafonte. Now 84, with a hearing aide and a walking stick, he is as passionate, politically active, eloquent, and entertaining as ever. He was in Vienna partly to promote Susanne Rostock’s Sing Your Song, a fascinating and moving celebration of Belafonte’s life and times, much of it devoted to the civil rights movement. Someone who has been at odds with every U.S. president since Eisenhower, Belafonte had this to say on Obama: “He might be a very affable social creature, he might be very intellectually well-endowed, he might be very articulate and he cuts a nice figure, but the content of his leadership is deeply wretched, and we need to get him on course and to help give him some moral courage to exercise the kind of leadership that he should be displaying.”

Belafonte believes that art can effect social change, though I’m not sure what kind of a direct change would come about from any of the films I saw. In fact, the Greek Giorgos Lanthimos has found a formula for creating his own world that has little connection with the real one. His fourth feature, ALPS, like Dogtooth before it, is an intriguing, cryptic allegory, though it is far more schematic, mannered, and self-regarding, and less tightly constructed than its predecessor. The film plays on the idea of how people take on different identities and roles in life, and on the art of acting itself. (It’s a distant and poorer relative of Jacques Rivette’s Celine and Julie Go Boating.) However, ALPS is perversely blurry, both in characterisation and style—Lanthimos often uses shallow focus (blurry backgrounds, clear foregrounds)—and the film comes to the blindingly obvious conclusion that nobody can really replace loved ones who have died.

Despite the title, Robert Guédiguian’s The Snows of Kilimanjaro (it’s the name of a song and nothing to do with Hemingway) is a welcome return after some years to the director’s beloved Marseilles. Although I find his depictions of les petites gens too sentimental and idealistic, Guédigian’s latest has a strong, resonant, almost Darndennian plot of revenge, forgiveness, and justice. It also analyses French working-class loyalty mainly through a laid-off union leader, played by the always splendid Jean-Pierre Darroussin, heading the Guédiguian repertory company, including Ariane Ascaride, the director’s all-smiling, all-crying wife.

The Romanian Adrian Sitaru’s Best Intensions works as a kind of riposte or updating of The Death of Mr. Lazarescu. Set mainly in a hospital, it reveals an impeccable Romanian health service, where all the nurses and doctors are competent and caring. But the hero (Bogdan Dumitrache), whose mother is confined in the hospital after a heart attack, has little confidence in the system and gets in everyone’s way. What lifts the rather common-place tale is the subjective camera, which shifts the POV from one character to another, except from the rather irritating young man’s perspective, a method used less explicably in Adrian Sitaru’s Hooked.

I went to Mathieu Demy’s Americano curious to learn if there was something in his DNA (he’s the son of Jacques Demy and Agnès Varda) that would inevitably make him a good director. Well, on the evidence of this competently made semi-thriller, for which he wrote the unwieldy screenplay and in which he plays the deadpan lead, the verdict will have to be postponed for a while. One would have thought that Demy, making his first feature, would not have wanted to invite comparisons with his parents’ work. Nevertheless, for the flashbacks of the main character remembering his childhood with his mother in California, Demy uses scenes from Varda’s Documenteur, in which a nine-year-old Mathieu appeared. In the present, the adult is on the trail of a nightclub dancer called Lola (Salma Hayek), the name of the desirable heroine of two of Jacques Demy’s movies. (It’s surprising that Anouk Aimée wasn’t given a cameo.) There’s also another reminder of second-generation performers with the casting of Geraldine Chaplin, Chiara Mastroianni, and Carlos Bardem. Where was Charlotte Gainsbourg?

A few years ago, I was pleased to be on the Fipresci jury at the Viennale to give an award to Honour of the Knights, the Catalonian Albert Serra’s take on Don Quixote. Serra followed this with the equally droll, slow, minimalist retelling of the nativity story, Birdsong. Now festival audiences were able to see Serra’s 12-part television series The Names of Christ on the big screen. Based on a 16th-century manuscript by Fray Luis de León, a Spanish mystic, and mostly shot in the Barcelona Museum of Modern Art, it explores different concepts of art and, in a series of duologues, wickedly mocks the efforts of getting enough money to make a film. In addition, it includes lengthy clips from several movies, such as the nude scenes of Hedy Kiestler (later Lamarr) from the notorious Ecstasy, the “lust in the dust” finale from Duel in the Sun, and a campy silent Hollywood Roman epic. The only false note comes in a banal monologue delivered by a young man on his views on art and religion, which seems to be the director’s credo.

Among the other documentaries was Gastón Solnicki’s Papirosen (the title comes from that of a Yiddish song), an extended, often needlessly obtrusive, home movie about the director’s middle-class Jewish family in Buenos Aries. Solnicki’s fluid camera captures many of the normal activities of most bourgeois families: shopping, dining, arguing, celebrating birthdays, etc. But behind these mundane actions comes the voice of the Polish-born grandmother—mainly through dissociated images—recalling her narrow escape from extermination by the Nazis by hiding in a cemetery, and her subsequent painful and hazardous journey to Argentina. The film makes the point that, like many ordinary Jewish families, the shadow of the Holocaust still lingers.

I was also delighted to finally see the tongue-twistingly titled Symbiopsychotaxiplasm: Take One, shot in Central Park in 1968 by William Greaves. This very funny and revealing film of a film of a film uses multiple cameras and mixes cinema verité and conventional shooting styles and split-screen techniques. It’s also an example of what Agnés Varda would call a documenteur (“menteur” meaning liar in French).

However, the most remarkable film I saw at the festival was The Dream of Eleuteria, directed by the 27-year-old Remton Siega Zuasola. Following a family in a small fishing village whose attractive elder daughter has been coerced into going to Germany to marry a rich German to help pay the family’s debts, the film consists of one 90-minute take. This is no gimmick, but a way of moving elegantly and intimately with the amusing and sad characters in space and real time as they all walk to the ferryboat. This is the sort of film that one expects to discover at the Viennale. 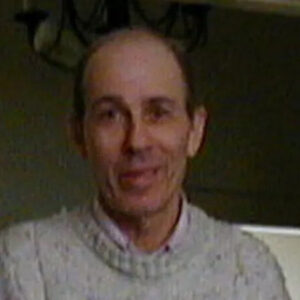 Ronald Bergan was a British film historian and critic who regularly contributed to The Guardian.