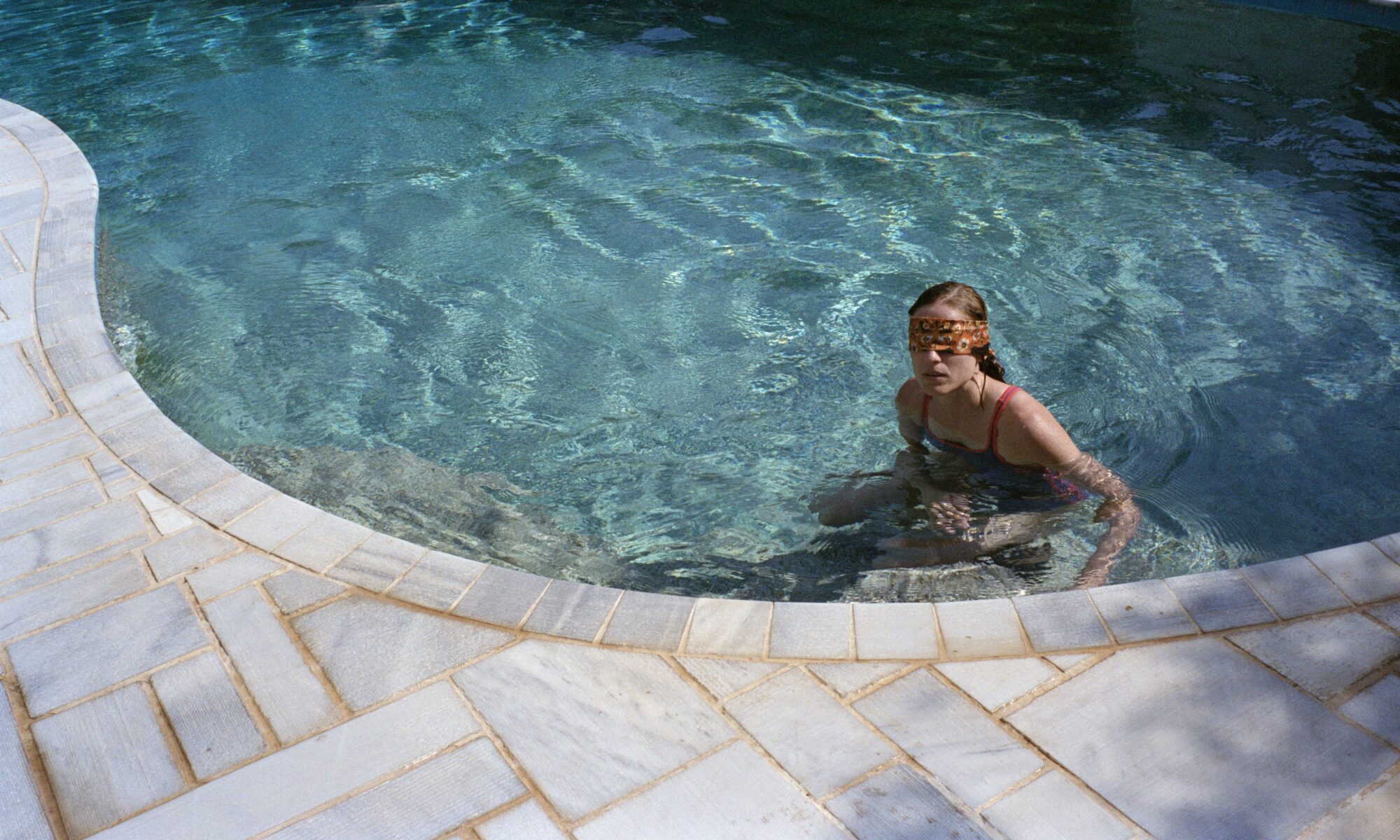 A dysfunctional family drama pitched like a Buñuelian black comedy laced with horror, Dogtooth unnerves with a rigorous focus and technical dexterity that’s apt to stun and amaze. Yorgos Lanthimos’s follow-up to Kinetta is a similar out-there venture, though here his aim is clearer and truer, focusing on a seemingly normal Greek family living on a remote rural estate. All is not right with the clan, however, as first suggested by an opening sequence that finds three unnamed twentysomething kids (played by Christos Passalis, Aggeliki Papoulia, and Mary Tsoni) staring nervously at each other in a bathroom while a tape recorder plays the voice of a man classifying words in insane ways. “A motorway is a very strong wind,” intones the speaker, and “a carbine is a beautiful white bird.” Linguistically jumbled gibberish definitions, they make no sense until it becomes apparent, shortly thereafter, that most of the terms discussed have to do with—spoilers herein—either the outside world and/or leaving their home, notions verboten in a household in which the father (Christos Stergioglou) and mother (Michele Valley) don’t just rule with an iron fist, but dominate so completely and crazily that they’ve never allowed the children to step foot outside the fenced-off property.

Lanthimos refuses to contextualize his material, instead teasing out revelations with slow, deliberate clues, placing the onus on the viewer to put his puzzle’s pieces together. What the final product exposes is a reality warped by uninhibited parental megalomania, where only the father can vacate the family compound to go to work—in a grim, angular factory whose austerity may be what the parents seek to shelter their offspring from—and the kids exist in a twisted world concocted, by whim, by their monstrous guardians. Tricked into believing that the planes passing overhead are toys and that cats are ravenous monsters with a fondness for children’s flesh (leading the son to viciously stab an unfortunate stray with garden shears), the three offspring are the unwitting victims of social conditioning gone mad, an arbitrary, cruel fiction propagated for no apparent reason except as a means for its makers to indulge their every random, nasty impulse. Naturally, in such circumstances, it’s the greater world that poses the largest threat, and thus the only shred of contact with others comes via the father’s enlistment of his business’s security guard, Christina (Anna Kalaitzidou), to make regular blindfolded trips to the house so she can satisfy (and keep in check) the son’s sexual urges.

Those visits ultimately create the first ripples of instability in the family’s carefully constructed fantasyland, though the drama of seeing this scenario crumble are secondary to Lanthimos’s exquisitely eerie diagrammatic depiction of the household’s inner workings. The tone is one of unhinged hothouse psychosis, stifling and entrancing, with Lanthimos’s composed cinematography favoring off-kilter angles and setups that decapitate figures, shunt them to the frame’s edges, or lay them out in prickly power-dynamic arrangements. Dogtooth oozes menacing airlessness and derangement, and often leaves one to merely idle in this atmosphere, gazing at the psychological consequences of the game at play. With a patience that’s equally inviting and terrifying, the director presents the girls—bored as usual, given their layabout prisoner existences—wandering about in a fugue state, passing the time by having races to see who can wake up from an anesthesia blackout first, and staging bizarre dance routines for their parents while decked out in oversized juvenile dresses. In the eldest daughter’s spastic Flashdance-mimicked moves, the girls let slip at least a passing knowledge of mainstream cinema, but also of lunacy both barely suppressed and prone, as in an earlier knife slashing, to burst forth without warning or restraint.

No clues about the origins of this gonzo state of affairs are forthcoming as Dogtooth methodically, dreamily proceeds forward, with parents explaining that no one can leave the compound until their titular incisor has fallen out, and claiming that Frank Sinatra was the kids’ loving grandfather. Fly me to the moon indeed, though there’s a method to Lanthimos’s portrait of madness, as it serves as a surreal portrait of corrupting power, of the malleability of the young and the authoritarianism of their elders, of the incestuousness of familial bonds (here epitomized by the son’s eventual coupling with his sister), and finally, of the rotten underbelly of the middle-class unit. Discussing the film too heavily in those terms, however, wrongly places it in didactic Michael Haneke territory (Lanthimos’s detached stance toward his subjects is devoid of finger-wagging moralizing) and saddles it with overt sociological implications best left to simmer, ambiguously, in the nooks and crannies of the disturbed action. Functioning as a social critique but operating first and foremost as the driest, bleakest type of comedy, the film seeks not chuckles but gasps of amused horror, a goal most ably and hauntingly achieved during a sick-joke finale in which the bubble is finally burst thanks to a sly bit of pop-culture infiltration.