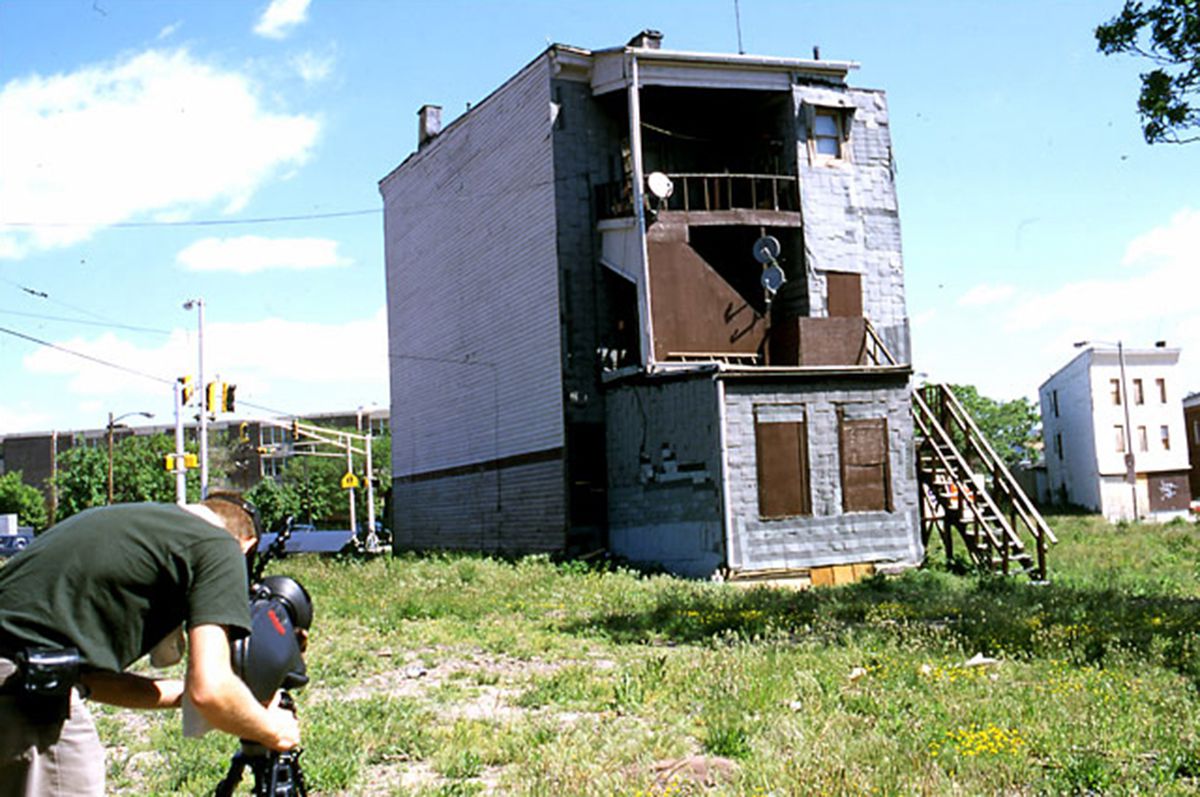 As a child, on my way to my uncle’s house in Elizabeth from my parents’ old apartment in Weehawken, Newark passed by me in a flash of apocalyptic devastation—rolling plumes of factory exhaust, dirtied bodies of water, abandoned projects, and rusted shipping containers that looked as if they had been stacked centuries ago by giants. Urbanscapes attempts to give a rationale for this mess, an elegy to the withering topographical face of parts of Newark, Chicago, New York, and Detroit, conveyed through a combination of firsthand reminiscences from witnesses and a sketchy synergy of film and music. The film’s aesthetic is one-note—a blend of roving camera shots of decayed city streets set for the most part to classical music—but the impassioned and instructive testimonials of world-traveling photographers Camilo Jose Vergara and Mel Rosenthal, auto-worker General Gordon Baker and his social-worker wife Marion of Detroit, and Bronx artists Rigoberto Torres and John Ahearn save the day. Stay with the film if you think Vergara’s existential questioning feels discordant. The subject here is very much the incomprehension of watching bustling cities wither and die, and as the film moves from city to city, a pattern emerges: of poor minority people left to their own devices, without police protection, fire departments, health care, and sanitation. Directors Lorena Luciano and Filippo Piscopo implicitly attack the elephant in the room (or is the ghost in the shell?), a form of domestic social terrorism predicated on callous inaction, but they compromise a subtle and clever argument with a tacked-on discussion of the collapse of the Twin Towers. More on-point is Torres and Ahearn’s striking murals, which still cling to the sides of Bronx buildings today and serve as reminders of the resilience of people who were failed by their leaders.