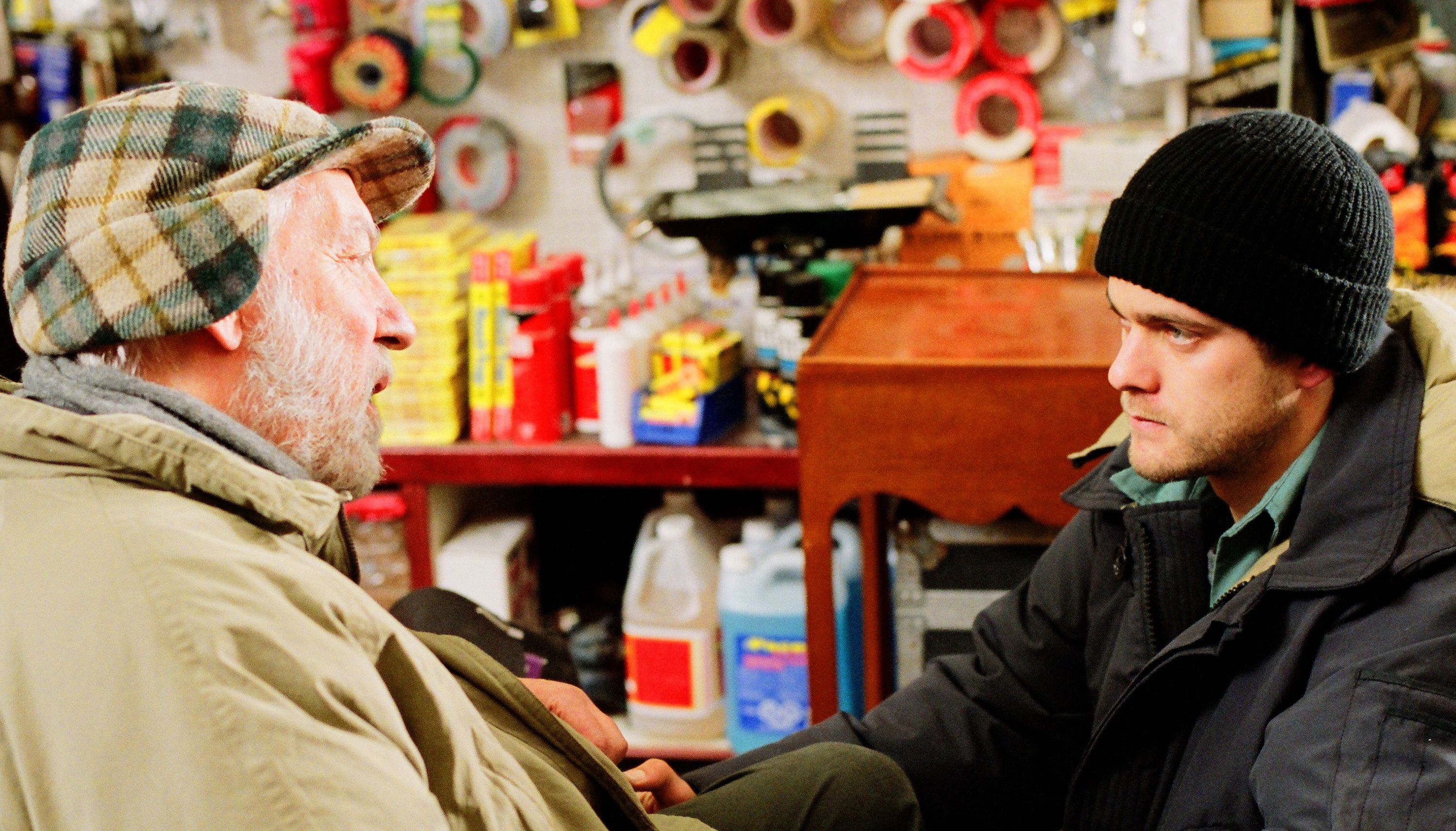 James C.E. Burke’s Aurora Borealis bites Good Will Hunting and Donald Sutherland feels most of the sting. Maybe this is why his character, a repository for three different life-threatening diseases, repeatedly asks his grandson, Duncan (Joshua Jackson), to help him “blow the stink off.” Sonny boy lives a careless lifestyle in Minneapolis, which means keeping only a can of beer in the fridge and renting out his place for 50 bucks every time his brother wants to play with his mistress. Things quickly turn around when Duncan takes a job as a maintenance man in gramp’s apartment building and scores a girlfriend (Juliette Lewis), which is apparently enough for him to fill out a college application, put food in the fridge, and merit hugs from his nieces. The film is modest but familiar, probably honed at a screenwriter’s lab or plotted out on a flip chart. Indeed, if you rubbed a pencil across the screen you might be able to make out all of Brent Boyd’s screenwriting notes: The Lifespan of an Icicle = The Frailty of the Human Life; Duncan Repairs Crazy Lady’s Sink, Subsequently Repairs Crazy Past; Kate Nurses Ronald, Then Nurses Duncan; and so forth. Lewis is wonderful, and while her crazy chemistry with Jackson is almost enough to squelch the cheese of all of those cornily-scored scenes inside the Building Where Old People Go To Die, her character might agree that the cosmos is a much messier place than the story’s neat little trajectories would have us believe.