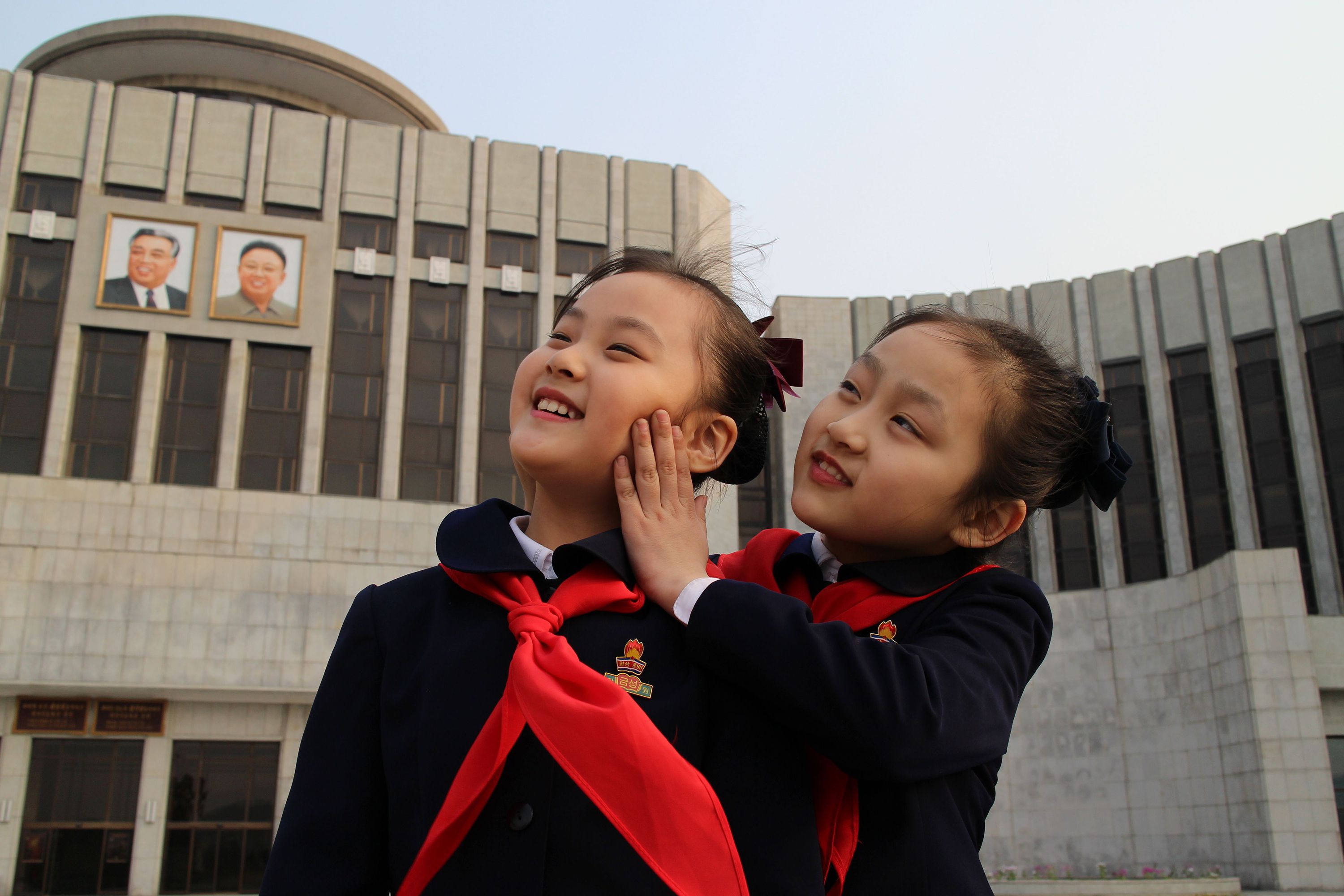 In a time of unparalleled public access to the finer points of global politics, the persistent lack of verifiable information emerging from North Korea can be frustrating to those accustomed to comprehensive, instantaneously available knowledge. The country is ruled by a mysterious totalitarian regime anchored by a unique brand of hereditary communist autocracy, whose vile human rights abuses and bizarre cult-of-personality theatrics make the nation’s inner workings even more captivating for those on the outside. This grim farce is finally confronted from within in Under the Sun, a film which, through a combination of directorial ingenuity and overt deception, is notable for its unprecedented access to this eminently secretive realm.

Director Vitaly Mansky gained entree to North Korea under an agreement to operate by the government’s rules: to shoot a “documentary” centered around one supposedly representative family, the young daughter of which is about to enter the Workers’ Party’s Children’s Union, just in time for a grand performance in honor of the dear departed Kim Il-sung, who still holds office as the Republic’s “Eternal President.” Mansky had to further agree to work off a state-provided script, and was accompanied at all times by two “guides,” whose assiduity on the production at times edges into outright domination.

Through simulations of cheerful domestic harmony and voluminous factory production, Mansky remains unseen behind the camera, yet his role as the ultimate shaper of this footage is apparent. Abiding by the regime’s dictates, the filmmaker presents the scenarios faithfully, while inserting a few key supplementary details, most notably padding the sequences with scenes of the guides stage-managing these supposed snapshots of civilian life, coaching the family on their dialogue and blocking out their positions within the frame. Explanatory text notes clarify how the facts of the family’s lives, from occupations to accomplishments, have been misrepresented.

What emerges is a dismaying portrait of a place in which optimism is imposed with heavy-handed authority, where the fantasy of economic success seems far more significant to the establishment than the actual pursuit thereof. Mansky indicts the North Korean government’s decision to present the family at the film’s center as being affluent. No additional commentary is necessary; the dejection of the faces on display when the cameras aren’t officially rolling, compared to the cheerful expressions when they are, is enough condemnation. But Mansky goes further, layering somber music over a bus ride to emphasize the dreariness of the world outside, or lingering on close-ups of red and white flowers, murals, and furniture, turning this state-enforced color scheme into a running symbol of inconspicuous oppression.

Aiming for a subversive spin on agitprop that seeks to puncture illusions rather than inflate them, these choices become part of a platform that seeks to wrench mournful sentimentality from the plight of the individuals featured, while poking fun at the regime’s buffoonish attempts to pass them off as thriving, willing members of a functioning society. Under the Sun’s overall aesthetic identifies a willingness to settle for an easy condemnation of an obviously abysmal regime, while not doing anything challenging or enlightening with all the outstanding footage collected.

Some small insight is provided into the exhaustion of living under a dictatorship in which performance is paramount, with additional illumination of the vain pageantry undergirding military despotism, but the film ultimately ranks as little more than a morbid curiosity. Despite its subversive potential, Under the Sun only succeeds at telling us what we already know, failing to adequately elucidate the broader workings of state power or the bared sub-structure of the government propaganda works on display here.

This means that the film’s primary effect is to substantiate gossip, while satisfying the perverse human desire to gander at misery. The depiction of North Korean culture as essentially hollow, a series of painted façades covering a countless quantity of dark secrets, only enforces the country’s established status as a pathetic international debacle, it’s bedraggled people forced into a grim charade of prosperity while barely scraping by. That they’re actually held hostage by a far more complex network of global political factors is never explored, and little is done to challenge the prevailing perception of North Korea as a solitary kingdom heedlessly abusing its own people, ignoring the role of outside players in perpetuating this system.

Caught up in the pomp and showmanship of the regime’s elaborate exhibition of camouflage, the film ends up focusing on the exotic uniqueness of this scenario instead of making its deprivation relatable, doing little to explain how its particular brand of hegemony fits into the larger epidemic of repression around the world. For all its deep-cover subterfuge into the internal mechanics of state propaganda, Under the Sun offers little more than a cynical confirmation of conventional wisdom, content to disparage and disapprove, without digging into the darker corners of the disaster it explores.

Review: The Legend of Tarzan