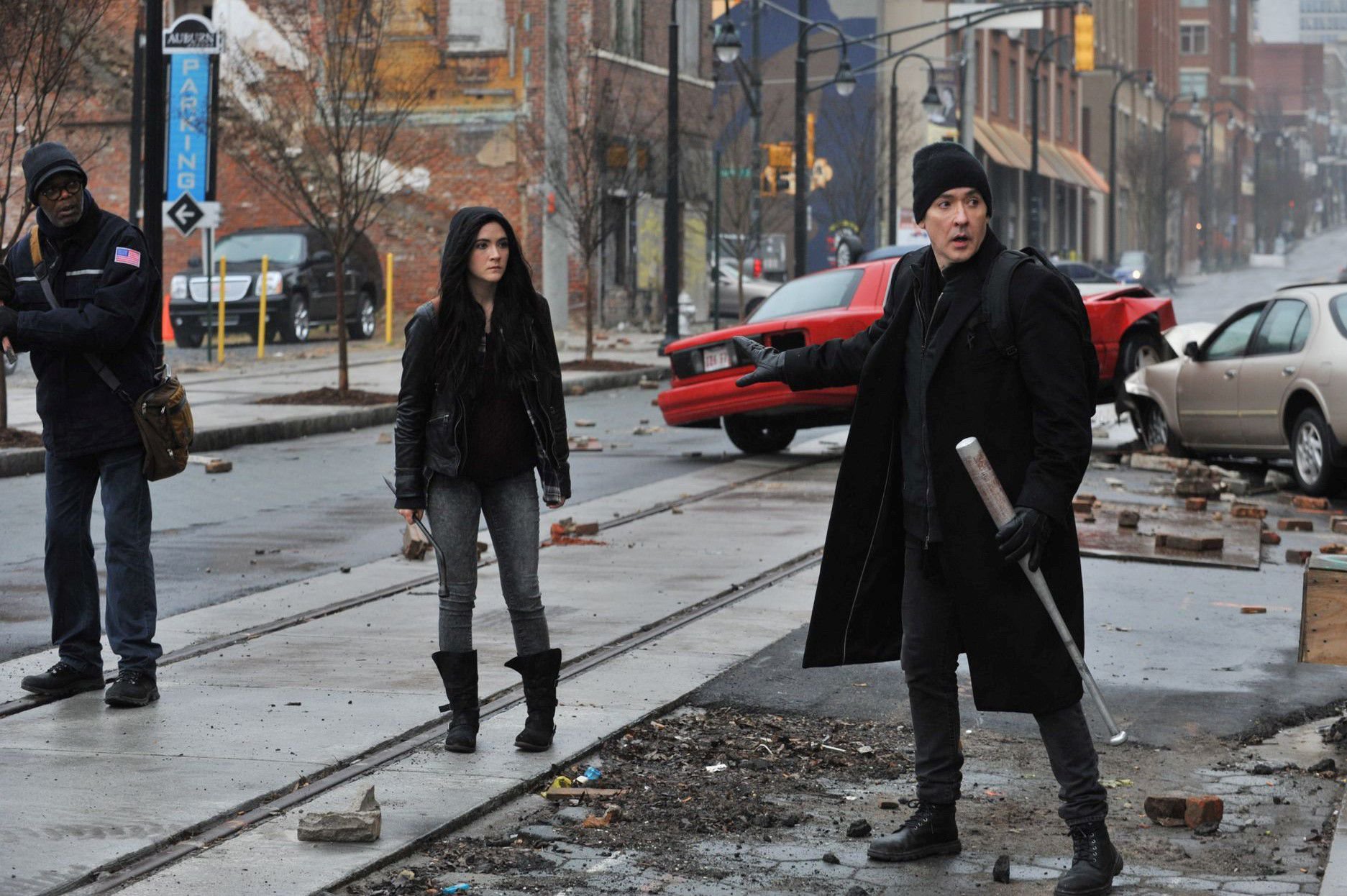 As in the Stephen King novel that inspired it, there are moments in Tod Williams’s Cell that suggest a promising direction for the contemporary zombie narrative. The film implies that some form of humanity remains in the creatures, who’re bound by a hive mind that distracts them from the realities of their present condition with memories of their human past. In theory, it’s resonant that these creatures were created by a mysterious piercing sound that emitted from their phones, because the devices offer a similar illusion of individual agency, allowing us to accessorize and spotlight ourselves while corporations and governments profit from our ritualized self-absorption, ushering forth a volunteer mass-surveillance state.

Williams occasionally shows the thoughts that are being co-opted by the hive mind to enslave people, dramatizing a subjective experience only to reveal that it belongs to someone who’s already either a zombie or in the process of becoming one. These scenes point toward a newish internal realm for zombie cinema, which usually relies on physical action, but Williams does nothing with this possibility. Visions only serve an expository purpose in Cell, building toward a haunting conclusion that nevertheless scans as too little, too late.

It’s also remarkable how little Cell satirizes our phone culture, considering that its premise posits the devices as quite literally the cause of global human enslavement. King’s novel was published in 2006, before smartphones had been subsumed into people’s lives and taken for granted as a casual addiction. An addiction that yields a sensory pollution that’s right out of, yes, a zombie film. A product of its time, King’s novel regards phones merely as things, rather than as a puff of an all-encompassing “cloud” that dictates the entire tenor of our lives, though its notion of a “hive mind” anticipates this evolution. The film insufficiently connects the book’s prophecy with its present-day, real-world forms of realization.

In fairness, the novel was mostly concerned with cellphones as a gimmick for dressing up a familiar apocalyptic road trip, undergone by the usual motley crew of stolidly interchangeable survivors, and the film dutifully follows suit on this occupation. An unnerving opening scene in an airport, emphasizing the alien pervasiveness of phones that are always in our ears, hands, and minds, soon gives way to yet another episodic odyssey. Characters played by John Cusack, Samuel L. Jackson, and Isabelle Fuhrman search for family members while occasionally stopping off to meet and kill both creatures and unstable humans alike, their crew growing and diminishing in predictable waves of tragedy and triumph. The film is almost studiously forgettable in the age of The Walking Dead, formally suggesting, with its unimaginatively gray cinematography and poor digital effects, a tossed-off pilot for a genre series with an unlikely chance of ever being picked up.

Review: Norman Lear: Just Another Version of You

Review: Under the Sun