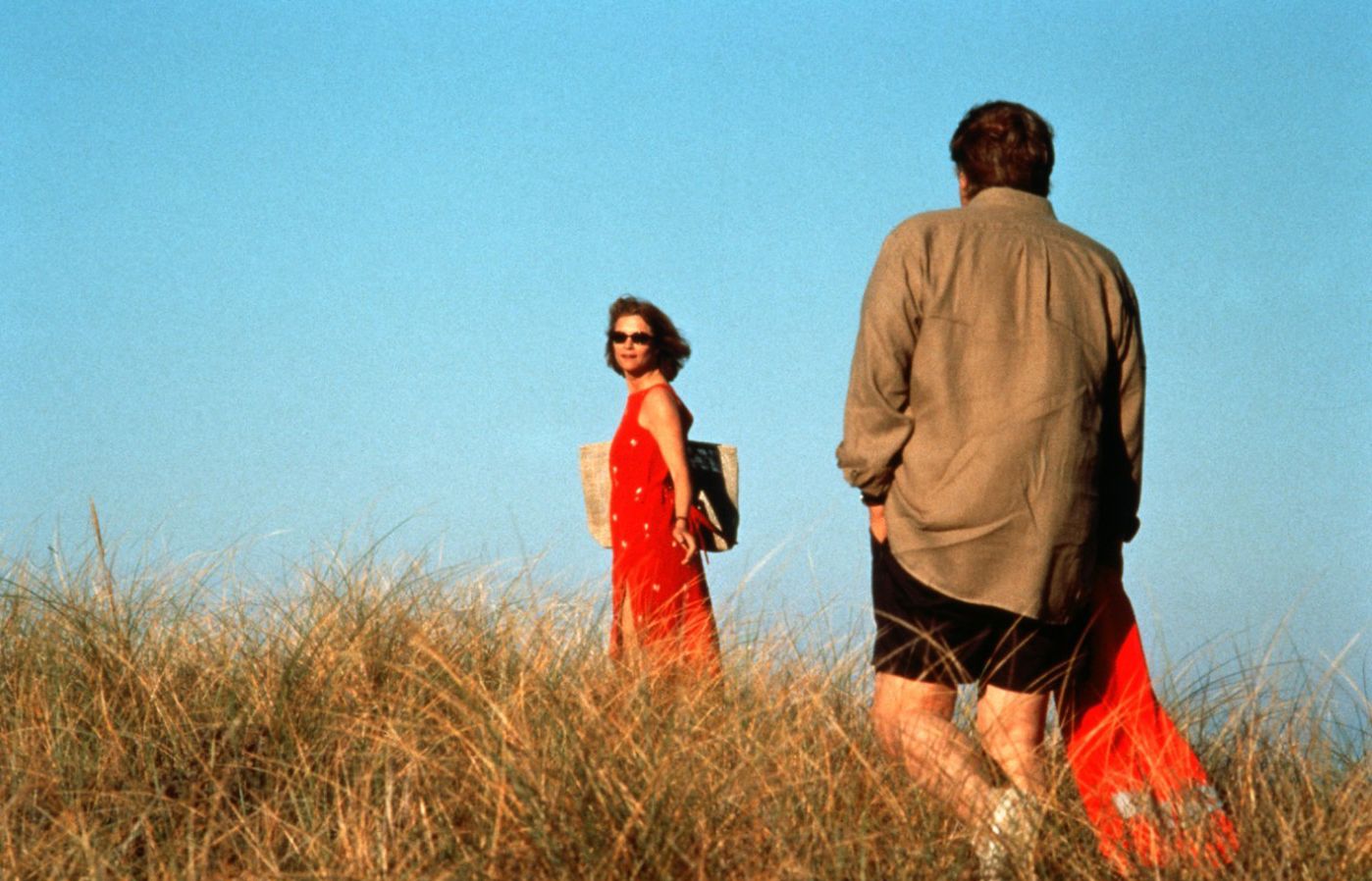 Charlotte Rampling, familiar to American audiences as the woman who helped Woody Allen rape Fellini in Stardust Memories, has done more to fetishize death than any other actress imaginable (see Liliana Cavani’s The Night Porter). In François Ozon’s brilliant Under the Sand, a college professor (Rampling) reinvents erotic desire in the aftermath of her husband’s death. Jean (Bruno Cremer) mysteriously disappears during a trip to the beach and is presumed to have drowned. Plagued with grief, Marie is haunted by the overwhelming lack of closure. She convinces herself that Jean is still alive and carries on conversations with him as if he were in the room. Marie returns to the city and to her job as a professor. While teaching a class on Virginia Woolf’s The Waves, Marie discovers that one of her students was one of the men that tried to find her husband’s corpse. Under the Sand is more staid than Ozon’s twisted Criminal Lovers, though both films are fraught with all sorts of erotic displacements and rituals of denial. Marie isn’t so much crazy as she is desperately holding on to the idea that her marriage was perfect; though she welcomes the advances of a new man (Jacques Nolot), she can’t separate herself from the memory of her husband. During sex, Marie bursts out in laughter, amused by the fact that she has never had a man so light lying on top of her. This humorous moment is also overwhelmingly sad and evokes her pained desire to reinvent sexual pleasure in wake of her husband’s physical bsence. Although her “imaginary Jean” is accepting of her new relationship, Marie is nonetheless guilt-ridden. In her attempts to absolve herself of this guilt, she involves Jean in her fantasies. Ozon evokes the duality of life and death when Marie masturbates and imagines both Vincent and Jean’s hands all over her body. This is the most remarkable scene of the year.