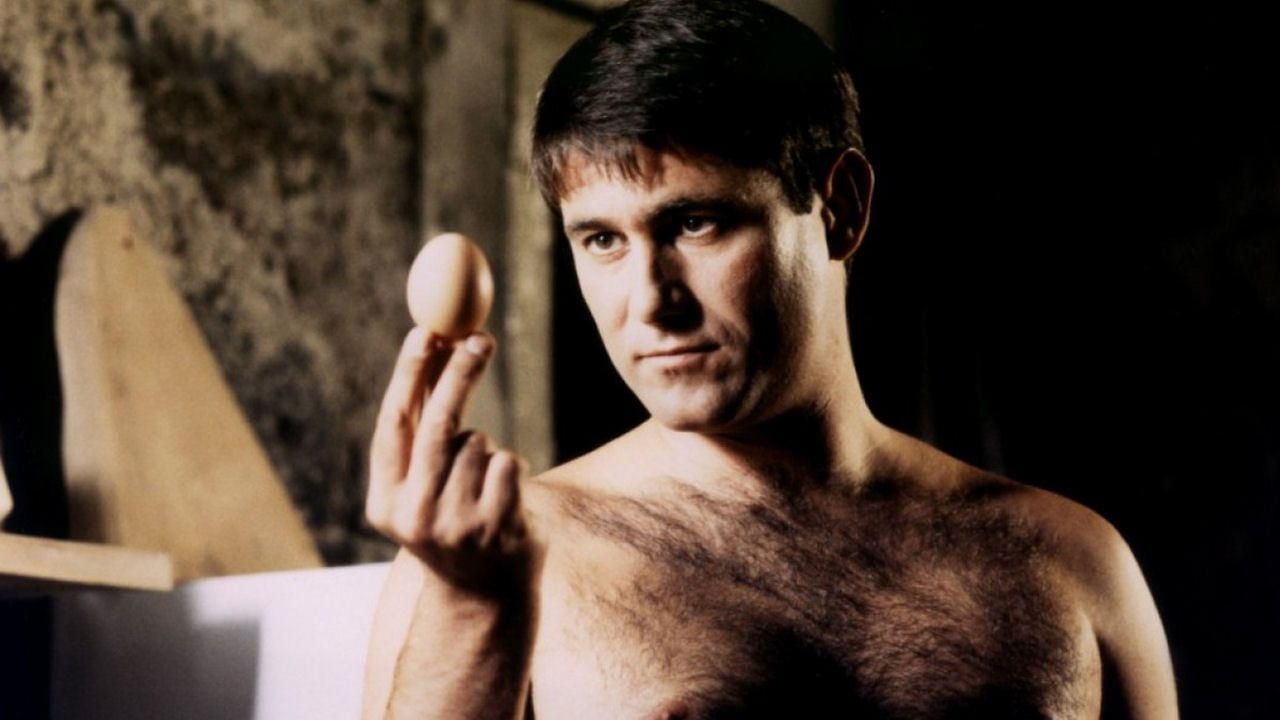 Michel (Laurent Luca) and his wife Claire (Mathilde Seigner) drive along the French countryside on their way to their summer home. Director Dominik Moll evokes the couple’s fragile domesticity and portends the titular trouble via the chaotic behavior of their children and their own seemingly uncomfortable relationship. The chilling straightforwardness with which Harry’s “trouble” is presented and its subsequent challenge to the couple’s bourgeois complacency brings to mind Claude Chabrol’s La Cérémonie. At a random pit top, the family bumps into Harry (a remarkable Sergi López), a man who claims to have gone to school with Michel almost 20 years ago. Though Michel can’t quite remember Harry, he reluctantly allows Harry and his girlfriend Plum (Sophie Guillemin) to visit them at their country home. Though Michel’s dentist father and brother clearly remember Hary, Michel is still wary of the clearly pathological gentleman. Moll’s deliberately keeps the true nature of their relationship a secret. In obsessing over Michel’s high school writing and explicitly detailing his own sexual activities, Harry summons a fantasy relationship between Michel and himself. One of the film’s funniest and most intricate conceits revolves around Harry’s need to suck on raw egg yolk after each orgasm. Harry’s obsession is ritualistic and the fact that Michel abandons the writing of The Flying Monkeys in order to work on a work-in-progress titled The Eggs suggests Michel’s unconscious recognition of this ritual as a metaphor for their obsessive relationship. Harry doesn’t ask anything of nor does he expect anything from Michel. He merely hopes that Michel will pursue his long-abandoned writing. Though the film’s comedic tone recalls Hitchcock’s later pictures (the title reworks The Trouble with Harry), the underlying homoeroticism recalls the deadlier Strangers on a Train. As absurd as it is downright terrifying, With a Friend Like Harry is cheekily fascinated by the murderous nature that seethes beneath even the most tranquil individuals.

Review: Under the Sand