Ido Mizrahy’s Gored is a survey of hard knocks and the terror of dying dreams. Its subject is the death-defying, dogged, and spirited Antonio Barrera, the most gored bullfighter in modern matador history. After years of battles and heartbreak, he prepares for his final performance in the bullring, and Mizrahy’s camera is there, ready to capture the last throes of a legacy built through blood. Even for those who consider bullfighting a nasty, anachronistic sport (something for the Hemingways of old), Mizrahy’s account of Barrera may still surprise and move, focused as it is so narrowly on a man as vulnerable and endangered, it seems, as the bulls he goes to fight.

But Mizrahy doesn’t dig deep enough into his subject. Composed mostly of complimentary interviews and archival footage, Gored considers Barrera from a distance. Interviews with Barrera, his wife, friends, and an old-school matador journalist, only scratch the surface. Noting Barrera’s ability (or lack of) compared to the stars of old, the journalist comes closest to being the film’s much needed expert voice and adversarial opinion. He doesn’t say it, but it’s obvious that he isn’t a fan of Barrera. Moments like this feel as if they could have pushed further and granted audiences richer insight into the ritual of bullfighting and Barrera’s ego, hopes, and life outside the ring.

What Mizrahy finds on the surface, however, is often captivating. Geoffrey Gray, Gored’s writer, previously profiled Barrera in an article for Sports Illustrated that drove home the man’s injurious quest to confront mortality. Mizrahy goes further by capturing the bloody, inspiring thrill of Barrera getting knocked out and coming right back, bare-chested, shoeless, or with a tourniquet tied around his thigh. Gray and Mizrahy, working in tandem, are able to summon Barrera’s bravado and self-mystique in a way words often cannot. “I had already lost respect for death,” Barrera states, wide-eyed and self-possessed, in one of his interviews with Mizrahy. So what more was there to risk? And there lies Mizrahy’s central focus: What comes of a man turning away from a world he not only would die for, but had lost the fear of death for?

Hard to tell. Barrera’s a family man with two children, but as to the nature of his relationship with his kids, we don’t learn much. We meet his wife, who says the things that wives say: how she’s worried for Antonio and will be happy when he’s safe, though she also says that she could never ask him to retire, given that he’s been steeped in the culture of bullfighting from a very young age. Which is to say that something’s missing here—something as raw, honest, and true as Barrera’s hard-earned wounds. Something to anchor this story. For a man and family who’ve endured so much pain and time apart, a few friendly talking-head interviews and a slew of matador videos proves insufficient at grasping their essence beyond the scars. Fascinating and oddly inspiring, Gored is too focused on Barrera the myth to ever really focus on Barrera the man.

The Longest Goodbye Review: A Detailed Tribute to NASA’s Efforts to Send People to Mars 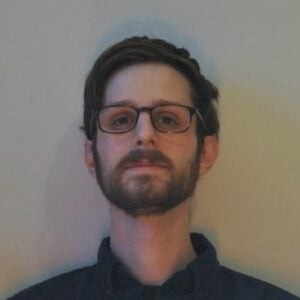 A son of the Chicago suburbs, Jeremy Polacek has somehow lived in New York City longer than in that metropolis of the Midwest. His writing has also appeared in Hyperallergic.

Review: Adilifu Nama’s Race on the QT: Blackness and the Films of Quentin Tarantino