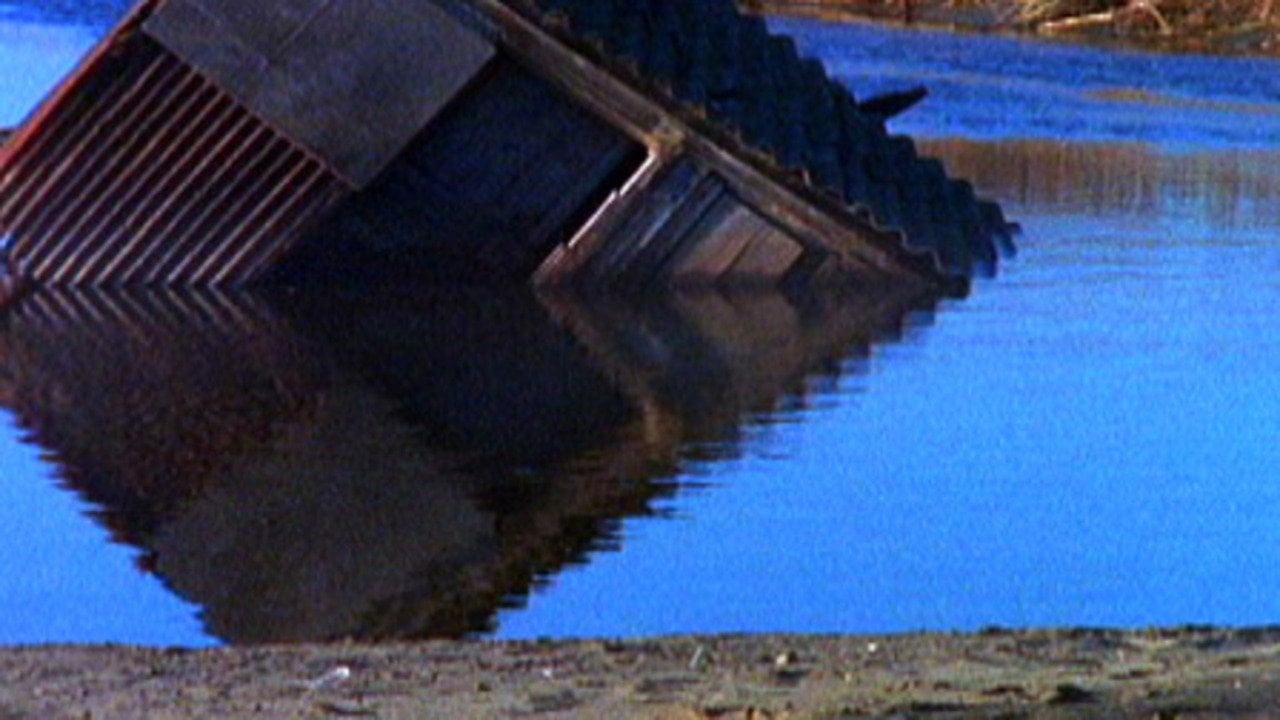 “All that you see is real. Everything else is purely your imagination,” warns an opening title in Dustin Thompson’s The Travelogues, challenging the viewer to distinguish between his subjective impressions and some sort of objective filmic reality. Such distinctions are of course impossible, and Thompsons’s tease is made all the more perverse by the nature of the images that follow, footage ostensibly representing the director’s European and American travels, but made unstable and dreamlike by the extreme graininess and general obscurity of the images which periodically fade out entirely into nothingness.

The only “experimental” feature at this year’s Tribeca Film Festival, Thompson’s 49-minute sketchbook is comprised of a series of brief views taken primarily from France, Italy, and California, often accompanied by a written text at the bottom of the screen that occasionally contextualizes the images but more often works at an odd tangent to the visuals. In one sequence shot in Munich, Thompson fixes his camera above an urban waterway where young men go to surf. The perpetual contrast between clear sound and obscured visuals is one of the project’s key features, and though the roar of the waves explodes across the soundtrack, in the ultra-grainy black and white we can scarcely tell one surfer from another. Helpfully, Thompson provides an on-screen text which not only tells us the name and age of each young man, but a list of all the injuries they’ve suffered in the line of duty as well as additional and occasionally ominous facts, such as when we’re informed that one participant’s grandfather had been held as a prisoner at “a camp 30 miles outside of town.”

But for every bit of evocative audio/video collision, like a sequence in which a television on the fritz set off by the two yellow triangles of lighted windows above is sonically amplified until it sounds like the onset of the apocalypse (and then dissolves into a seascape!), there’s too much here that’s willfully obscure. It’s best to take the film’s title literally, but even regarded as a series of travel snapshots, Thompson is too perversely insistent on the ugliness of his images, with the visuals often bleaching out mid-shot to an all-encompassing whiteness. Call it instead a travelogue of the mind, with the filmmaker reflecting on romance, war, liminal spaces, and the ever-present call of the ocean. But it’s a mental landscape cursorily explored; if, as the director informs us, everything not explicitly on screen is left to the viewer’s imagination to complete, it would take a keen mental dexterity indeed to fill out the interstices in Thompson’s tantalizingly suggestive but frustratingly empty film.

The Travelogues will play on April 22, 23, and 26 as part of this year’s Tribeca Film Festival. For more information click here.