Twenty Cigarettes: After pushing digital for its durational benefits in the extended shots of Ruhr, James Benning returns in HD to the theoretical ground of RR and modulates it to great effect: Where his examination of trains worked from a triangular relationship between object, time, and camera placement, Twenty Cigarettes shifts the framework by conflating the spatial and temporal elements; it’s no longer a question of length of train versus distance of camera, but of length of cigarette, which, because of the added variable of a human subject, is both a spatial and temporal measure. The effect of this mingling is a setup that, for all the feigned passivity of its production (Benning set the camera up, handed the subject a cigarette, hit record, and walked away), strikes a unique balance of agency between the camera and what’s in front of it, one which brings into questions the limits of control of both.

There’s a palpable sense of transformation in nearly every smoker as they settle into their nicotine groove, but unlike the films of Warhol, which are the most obvious point of comparison here, there’s rarely a sense of self-aware performativity (these aren’t James Benning’s superstars), which makes the subtle, and occasionally not so subtle, ways that they do perform all the more meaningful. It’s perhaps only logical that the two individuals whose time on screen I find the easiest to read are the two whose personalities beyond these few minutes I’m most familiar with, Sharon Lockhart and Thom Andersen. Lockhart, framed from the lowest angle in the film, is the only smoker to turn her back to the camera, a move that, coupled with her continually searching gaze, makes her look like a John Ford hero, a real free women; Andersen distills his best qualities as a writer and filmmaker by obstinately refusing to acknowledge the presence of the camera while smoking at what might generously be called a leisurely pace; it’s the funniest scene that I’ve seen all year.

Good Bye: An oasis of restraint in the big, loud mess that is the Toronto International Film Festival, Mohammad Rasoulof’s Good Bye brings Rossellini’s ’50s to today’s Tehran. Leila Zare is in the Ingrid Bergman role, and her face—a well of infinite grace and conviction—proves material enough to sustain the film’s 104 minutes. Rasoulof fills out the space around her in this melodramatic story of the thousand-and-one terrors of fleeing Iran with a clean, direct compositional sense that pares away any sentimentality. It’s a film built of small gestures: The hurried, urgent way that Zare hands a pack of money across a table is a great dramatic event here. There’s no miracle, but the final image—a slow fade on a ransacked suitcase—is one of the kind of hope that could only have come from a place of great desperation.

Wavelengths 3: Serial Rhythms: Four quick standouts: Adriana Salazar Arroyo’s Found Cuban Moments, edited rhythmically to portions of Castro’s 1953 speech in defense of his assault on the Moncada Barracks (frames to letters, shots to words), finds something approaching a new form of montage based on (dis-)continuity, which, in its segmentation of continuous sequences into compartments of expression, offers a useful model for considering history; Joyce Wieland’s 1963 film Sailbot is the funniest film about semiotics not made by the terribly underappreciated Chris Langdon; Kevin Jerome Everson’s Chevelle plays against the fashionable bifurcated film to find an image of repetition suggesting the unstoppable mechanics of capitalism; and T. Marie’s Optra Field VII-IX, three of the most unpleasant films I’ve ever experienced, doubles down on OpArt by putting the time-based movement of her pixels into dialogue with the psychological movement induced by her compositions; the points where these two movements meshed resulted in what I can only describe as visceral white noise, a sensation that literally made me look away.

Elena: Dramatically inert and conceptually rigorous (though the worth of that concept, that every transaction is either an economic one or an economic one in disguise, is questionable), Andrei Zvyagintsev’s domestic non-thriller succeeds more or less in direct relation to how well one jives with its mundane mood. Zvyagintsev’s ‘Scope compositions pin his characters like flies in the middle of scrubbed clean spaces—a modern bourgeois house, a gym pool, or a hospital—and for most of the film the closest his characters come to conflict is a wife’s annoyance at her deadbeat husband’s juvenile preference for video games over paternal duties. When the coda arrives and things suddenly descend into a riotous scene of poor youth at war, with ragged handheld photography and a grimy industrial location, it’s both an aesthetic relief from the proceeding stuffiness and a thematic jolt in its confirmation of one character’s skepticism of the lower class. 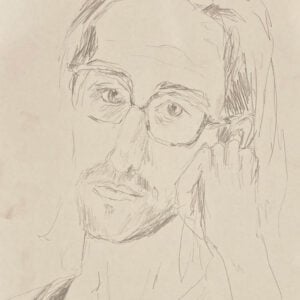