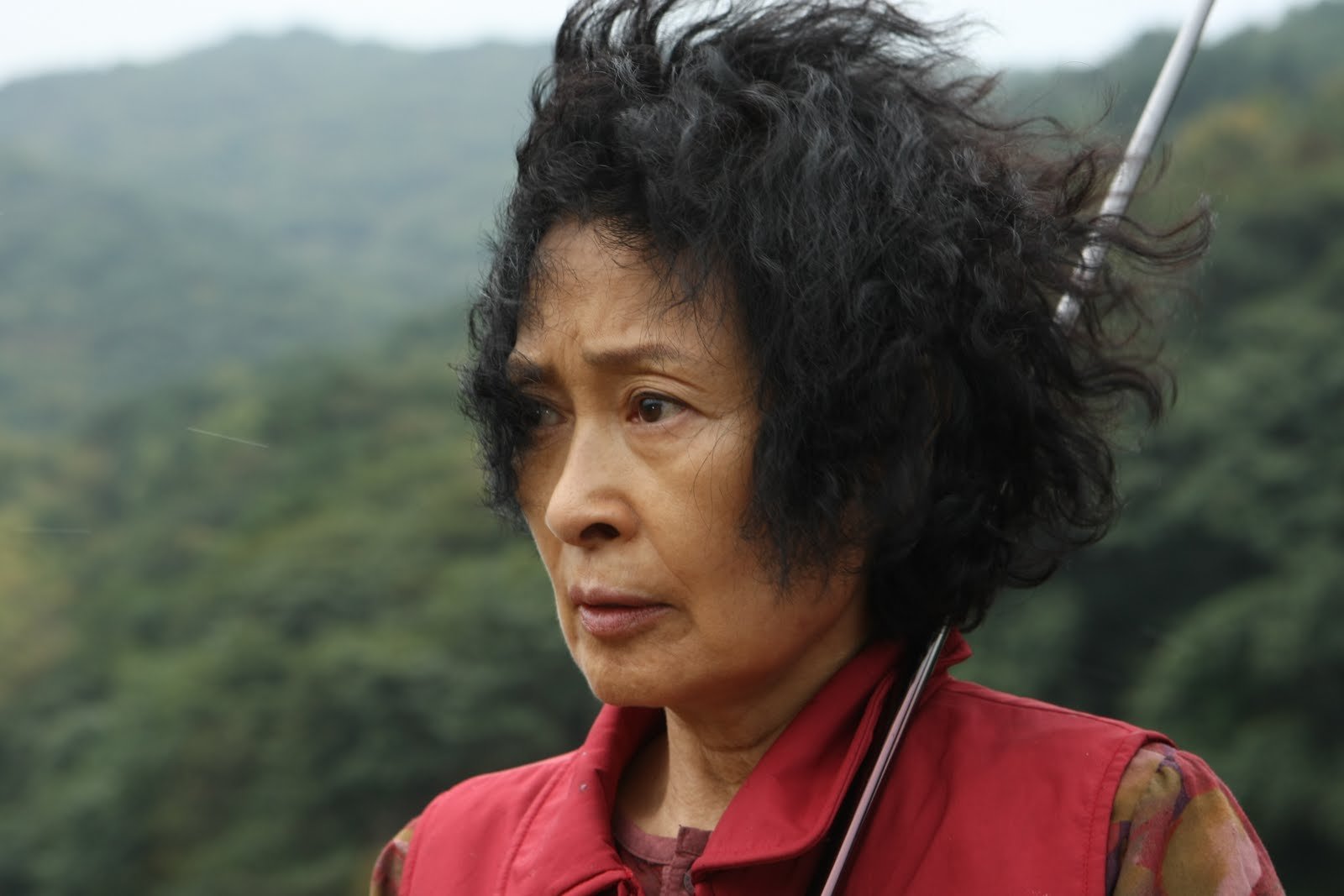 Mother: Further memories of murder with Bong Joon-ho. The mother (Kim Hye-ja) is a middle-aged, small-town store clerk running a little clandestine acupuncture on the side, the son (Won Bin) is a man-child who gets distracted by golf balls while seeking revenge on hit-and-run millionaires. Won is hauled off to jail after a schoolgirl is found murdered, and Kim, sure that her boy is innocent, turns amateur sleuth. Park Chan-wook would have wrung the Grand Guignol hell out of this premise, but Bong is less interested in shocks than in the synergy between vast Korean fields and the equally mysterious inner landscape of the dazed matriarch making her way across them. A welter of motifs and clues (a sluggish psyche’s gradually unclogged remembrances, tell-tale snapshots in a promiscuous high schooler’s cellphone, a key scene played from different angles) fused by superb filmmaking, it at times suggests a dark-humored lampoon of one of Naruse’s odes to maternal diligence, but with a tarantula sting of its own.

Enter the Void : 2001: A Space Odyssey as a stoner’s trip between life and death and assorted altered states? That’s the setup for Gaspar Noé’s mammoth pothead doodle, an all-sensation marathon that alternates between dazzling and unendurable. “They say you fly when you die.” Sutured and lubed to give the feel of a single POV shot, it follows a faceless, drone-voiced American fuck-up as he marvels at the phosphorescent Tokyo cityscape, gets shot during a drug bust, and watches his own corpse being dragged away as his soul hovers around other characters, slides past walls, and rummages through incestuous relationships, star-children, and light shows. Seeking cosmic transcendence (or at least a Keanu-like “whoa”), Noé pulverizes screen space: The screen flickers, blurs, rotates, turns liquid, and stretches like taffy. I should confess I walked out not long after the first hour, so the already infamous vagina-cam shot of a ginormous incoming penis will have to remain for me the imagined stuff of dreams and nightmares.

The Hole: The void in Joe Dante’s ebullient family-horror flick, meanwhile, is a bottomless pit in the basement of a fractured family’s new home. Moving into yet another city with their restless mom (Teri Polo), two brothers (Chris Massoglia, Nathan Gamble) ward off boredom by exploring the new surroundings with their vivacious neighbor (Haley Bennett), which leads to the eponymous pitch-black portal. After peeking in, the three find their fears taking physical and increasingly baroque form: a grinning clown puppet, a blue-skinned, sad-faced little girl out of a J-horror yarn, a looming patriarch wielding a serpentine belt in a Caligari-styled living room. The plot takes heavy-handed turns toward the end, but Dante’s sense of mischievous fright, cinephiliac erudition (Orlac Glove Factory, anyone?) and never-condescending use of adolescent anxieties and 3D giddiness, make this a welcome return to the big screen for a director who has never missed a chance to locate the skewed abyss under the placid surfaces of suburbia, and wink at it.

Toronto International Film Festival 2009: My Son, My Son, What Have Ye Done, White Material, & Survival of the Dead