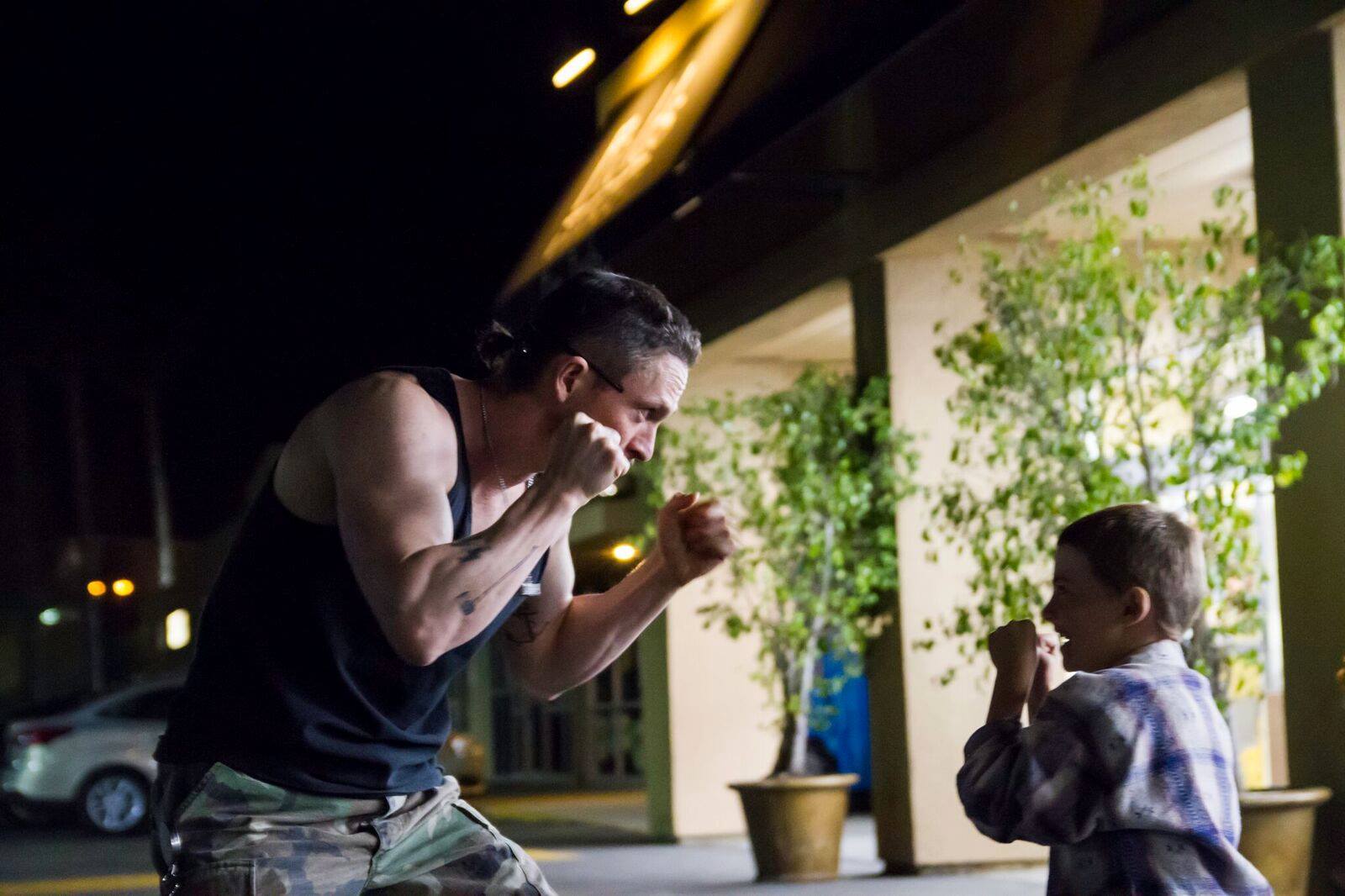 A child in peril is the fetish du jour of AMPAS’s Short Films and Feature Animation Branch. This year, only a single nominee in the live-action short category doesn’t see a child, or children, at the center of some deadly bit of business, and that short, Marianne Farley’s Marguerite, is a marvel of restraint. It follows no particular genre blueprint, content only to deliver a concise impression of an ordinary life wilting away, of a woman who, in the throes of a dementia that’s slowly erasing her memories, comes to be haunted by the sexual desire she was never able to consummate. And it culminates in a gesture of love so graceful that it feels like a salve for the anxieties stirred up by the other nominees.

Almost every other short in this category sets about locating that ostensibly perfect sweet spot between the genre exercise and the message movie. The worst of the lot for how quickly it goes off the rails is Vincent Lambe’s Detainment, which is based on the transcripts of the police interrogation of the two British boys, Robert Thompson and Jon Venables, who murdered two-year-old James Bulger in 1993. Exploitatively constructed so as stoke the interest of those who may not be familiar with this case, the short also hackily pulls aesthetic inspiration from music video tropes that were going out of fashion by the time Collective Soul’s “The World I Know” was in heavy rotation on MTV in 1995. Seemingly haunted at once by the ghosts of Joan Crawford and Susan Hayward, Ely Solan, as Jon Venables, gives a tour de force performance, but he can’t save Detainment from its finger-wagging didacticism.

After that, Jeremy Comte’s Fauve is practically a palate cleanser. The short brings to mind Damien Odoul’s Deep Breath for the way it muddies the boundary between fantasy and reality. It’s classically constructed, full of long shots of vivid, almost alien-like landscapes hiding secret dangers, but throws out a few striking aesthetic curveballs, like a slow dissolve between scenes that reveals one of film’s main characters to be walking across an almost impossibly ridged landscape. The symbolism of Fauve’s final shot is too on the nose and, given that this is at heart an existentialist parable, somewhat ill-fitting, but Comte’s film is still practically a master class in saying more with less about the essential truth of its characters’ lives.

The child in danger is never seen in Mother, only heard over the telephone by his mother, who tries frantically to save him from an uncertain threat. The short, which director Rodrigo Sorogoyen has already expanded to feature length, swings mostly in the direction of being a genre exercise, and it’s impressive in no small part for making the audience think it isn’t one for the better part of its running time. Throughout, the film evinces a coolheaded sense of aesthetic control, even after the mother (stunningly played by Marta Nieto) comes to fully understand how imperiled her son is, before ending on an unnerving note of ambiguity that, unfortunately, is instantly compromised by a cringingly self-pleased credit sequence.

And then there’s Skin, the starriest short in the category, and whose title alone announces where it lands on the minimal-maximal spectrum. In an unnamed town in the Deep South, a black man smiles at a young white boy, leading to the black man’s beating at the hands of the boy’s father and his white-supremist buddies. In the aftermath of the black man’s near-death, the film, which director Guy Nattiv also recently expanded to feature length (A24 plans to release it at some point in 2019), catches glimpses of the main character’s almost ordinary—some would say “very fine”—life. And then a shocking backlash is kicked into motion that leads to a twist ending that feels as unsettling as it is confused. It’s a manipulative message movie that seeks to deliver (cheap) genre thrills, and in a year where every AMPAS wing is taking to a film that in some way—confrontationally, naïvely, or otherwise—to how America is backsliding on race by the day, that sounds like a winning combination.

Review: Legend of the Demon Cat’s Vivid Artificiality Is a Fountain of Truth