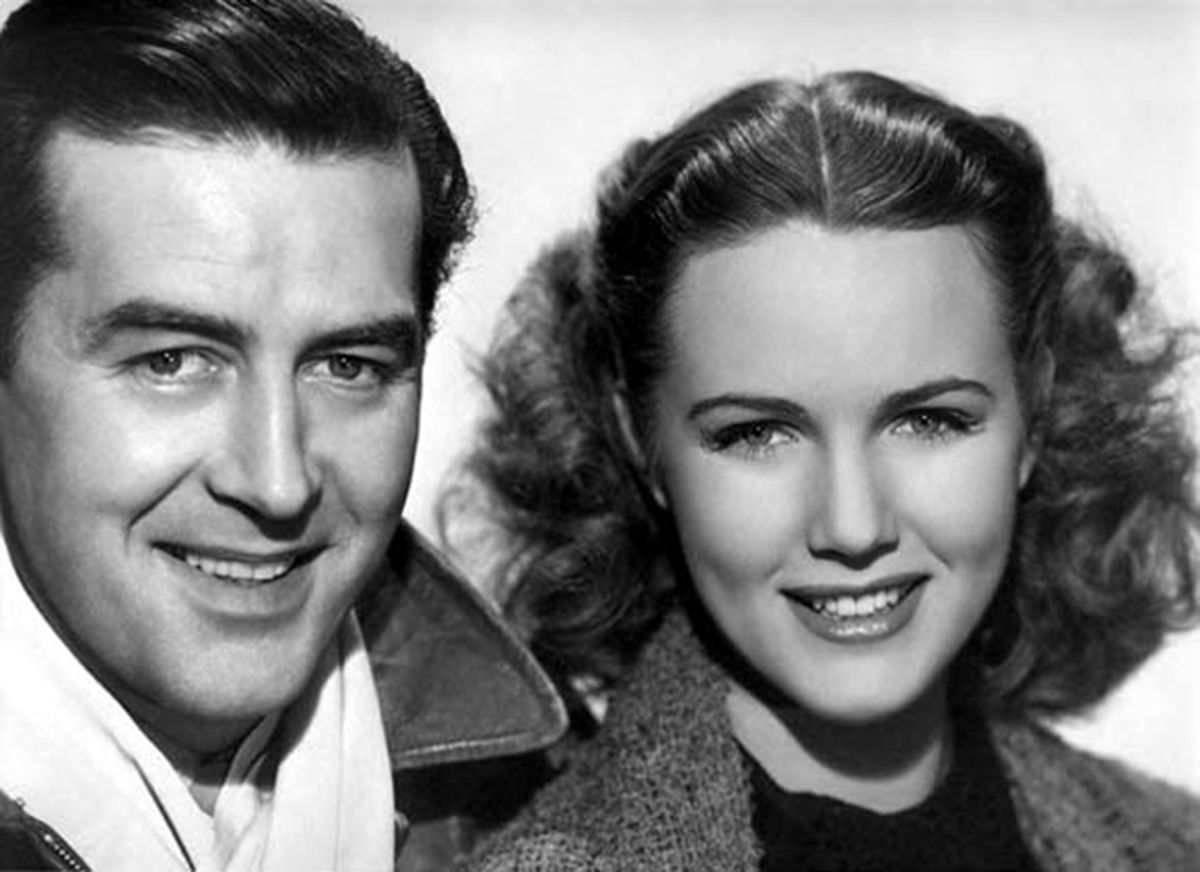 Serene and subtle in its delicate effects, Frank Borzage’s Till We Meet Again is clearly the work of a fully matured artist. A synthesis of his great carnal romances and his less successful gropings toward pure spirituality (like Strange Cargo and Disputed Passage), the film often feels like a hushed horror movie, but it’s really the tale of a severe moral education. The Platonically beautiful Barbara Britton plays Sister Clothilde, a young French novice who has cloistered herself away from the world. When we first see her, groups of white birds flutter around her mysteriously as she leads an increasingly frightened group of children in prayer. The Mother Superior (Lucille Watson) of her convent tangles with a Nazi commandant, Major Krupp (Konstantin Shayne), and finally goes too far, getting herself shot for not opening her door to his men. As she expires, Krupp clearly reveres the Mother Superior for hewing to an established order, a disturbing link between his organization and hers.

Sister Clothilde blames herself for the Mother Superior’s death; her inexperience with the world had led her to play into Krupp’s hands regarding John, a downed American flyer (Ray Milland). As the Mother Superior dies, Borzage’s camera lifts upward, then cuts to a forward movement into a darkened forest: Clothilde has boldly taken it upon herself to get John out of France. This forward-moving camera had earlier been used as the point of view of men advancing on the clearly scared Clothilde, so that when this becomes her point of view, we can feel her bravery and her growth as an active person. On the run, John and Clothilde grow to care for each other, but not in the usual movie ways. He talks a great deal about his wife and why he loves her, and Clothilde starts to experience romance vicariously, as the audience does. When bombs go off, they do embrace out of fear, but there’s no quick repression of sexual desire. It’s just the natural thing to do in a time of peril: in Borzage’s world, it’s always a time of peril, and there’s always a need to huddle together physically.

Sex has been purified out of this Borzage coupling; he’s hunting bigger game here, shooting as high as his camera angles at a love stripped of ego and eroticism. But not sensuality: In one burningly intense shot, John gently pulls down a handkerchief lying on Clothilde’s head, caressing her hair wonderingly, like a father with a perfect child. This ideal love is contrasted with Krupp’s diseased sexual desires; at the end, he materializes after an extremely alarming puff of cigarette smoke, and his final threat toward Clothilde is truly vile. Her last physical trial has an air of ecstatic abandon, with her hands playing in the air as she slips away from life, ravished with all she has learned and excited for whatever comes next. Till We Meet Again is a very religious film, intelligent and constantly questioning, preaching against complacency and glorifying action over retreat. It is one of Frank Borzage’s most accomplished works, and still too little known.