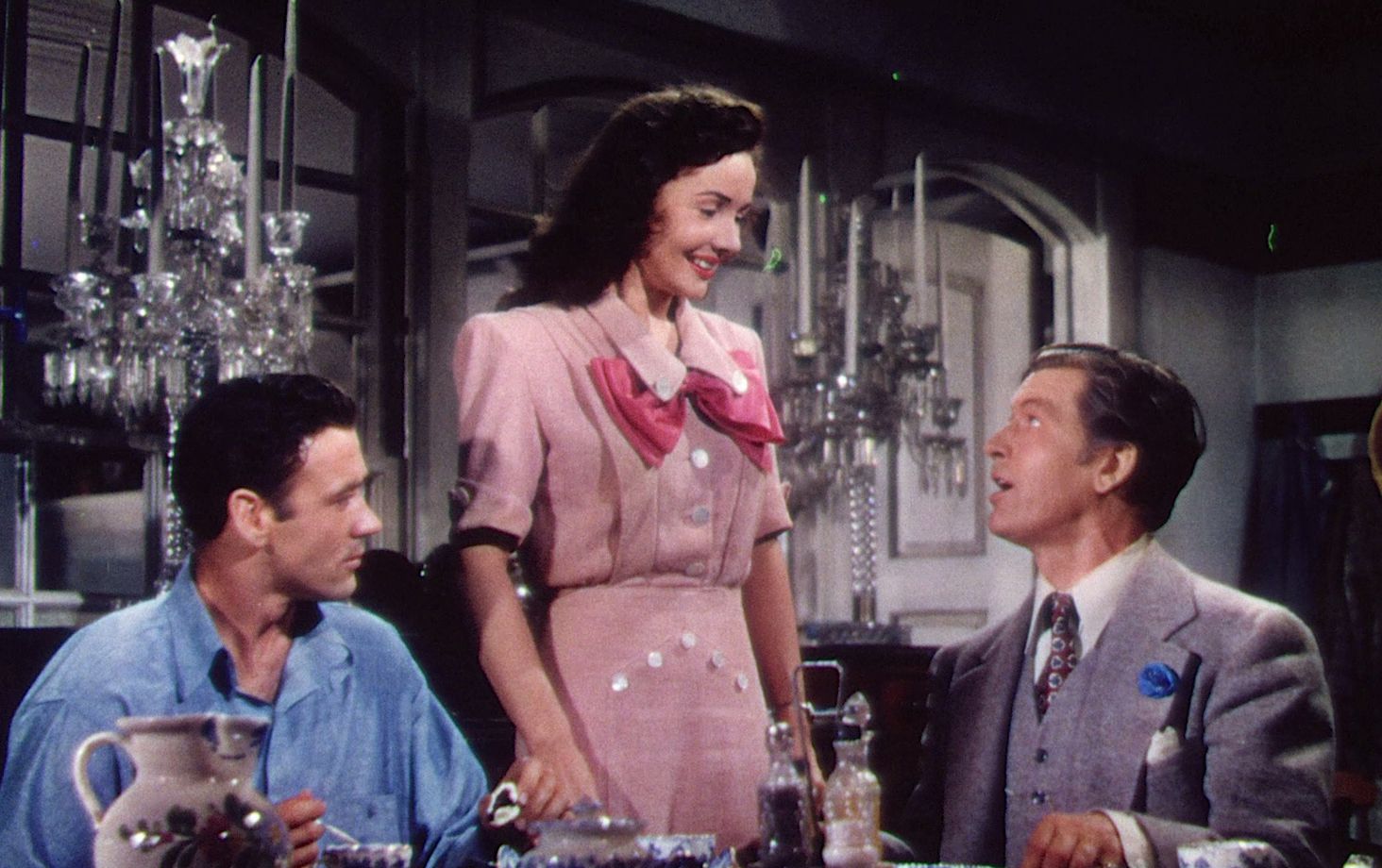 An uneasy mixture of classical music, sickly Technicolor, and irredeemably vulgar set decoration, I’ve Always Loved You is redeemed, finally, through the sheer, crazy belief in romance that Frank Borzage imbues in the film as it goes on. At two separate junctures, we hear lovelorn pianist Myra (Catherine McLeod) pound her way through Rachmanioff’s familiar Piano Concerto #2 in C Minor. The first time she performs it, her teacher and nemesis Maestro Goronoff (Phillip Dorn) grows jealous of her talent and begins to whip up the orchestra against her, drowning out her piano: played practically in real time, this sequence is quite compelling and suspenseful. But these Borzage lovers are unlikable sorts, and this hurts the film in general. Goronoff is a self-absorbed, outrageous male chauvinist, and Myra is a gifted doormat who finally wins their battle through an incredible, nearly lifelong passive-aggressive resistance, so that when she plays the Concerto for the second time, her steely persistence vanquishes the maestro once and for all. Along the way, an unusually animated Maria Ouspenskaya wags her finger at Goronoff and comforts Myra as much as she can. The film is overlong and somewhat unresolved, but it locates the lover’s power struggle in music with laser-like focus, and it delineates the less attractive aspects of love with Borzage’s fully matured point of view.