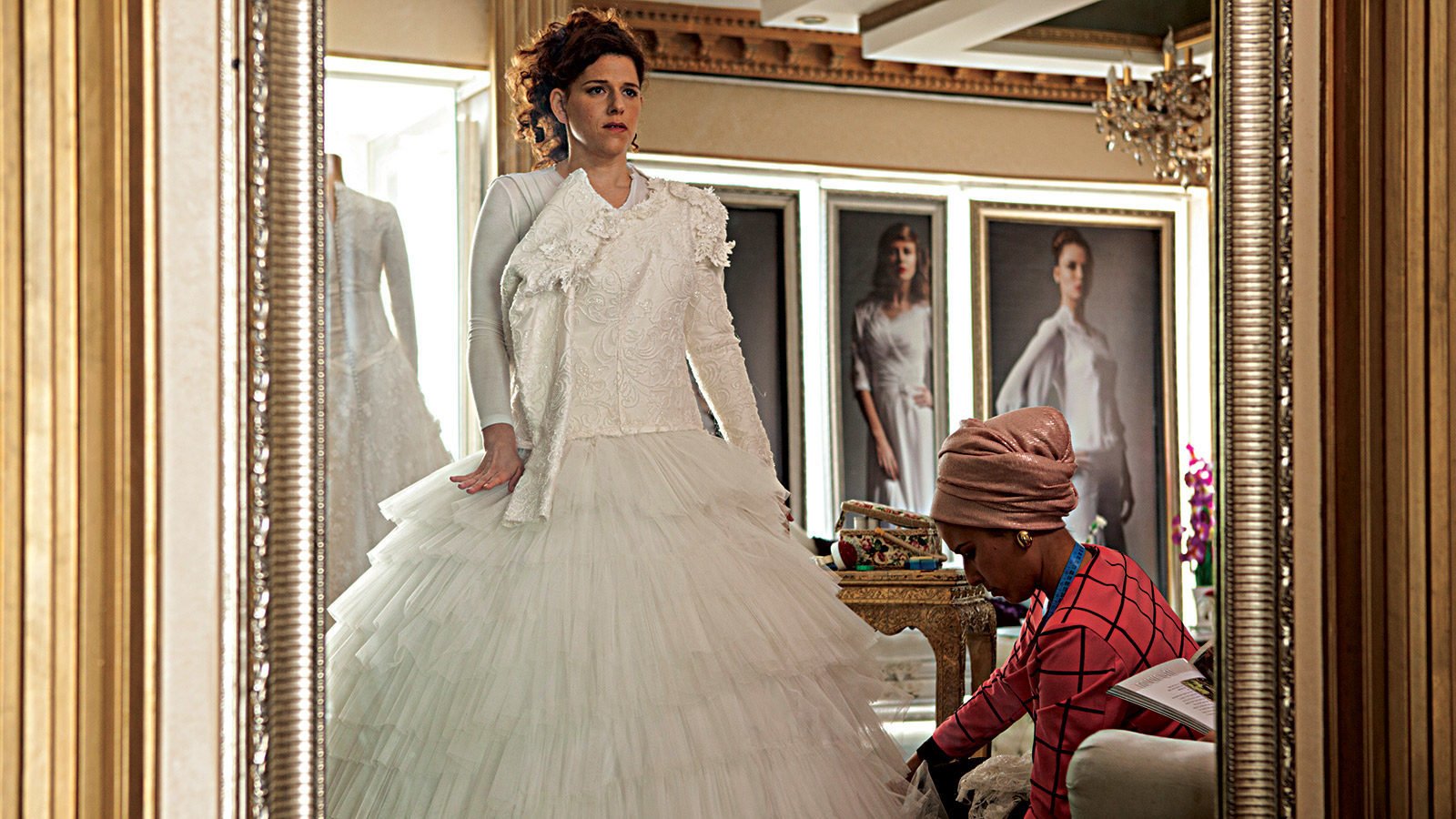 For non-Orthodox Jewish audiences, Rama Burshtein’s two features to date, Fill the Void and, now, The Wedding Plan, will play as twin anthropological studies of a culture underrepresented on screen. Both center around women who desire to have a husband, in keeping with their faith’s traditional view of marriage as a necessary rite of passage. Most viewers will likely find this perspective regressive, if not downright misogynistic. Still, one can sense glimmers of critique in both films. Fill the Void’s Shira may have finally decided to go along with the arranged marriage everyone around her was pushing her toward, but throughout her agonized decision-making process, Burshtein presents moments that suggest that Shira was thinking less about her own happiness than about what was best for the people around her.

Michal (Noa Kooler), the main character of The Wedding Plan, is a much quirkier and more strong-willed protagonist than Shira, but for all her free-spirited ways, she also unquestioningly subscribes to her faith’s view of marriage as the highest social and personal aspiration. When Gidi (Erez Drigues), the man she’s set to marry at the beginning of the film, suddenly calls the wedding off a month before it’s scheduled to happen, Michal is so desperate to be married that she decides to keep the date anyway, basically putting all her faith in God to find her a suitor before then.

Burshtein’s gestures toward questioning her own culture go beyond just that screwball-comedy premise. In the film’s opening scene, Michal admits to a witch doctor, Hulda (Odelia Moreh-Matalon), that she’s as much interested in not being ostracized by others in the community for still being single in her 30s as in finding genuine loving companionship. And with Yoss (Oz Zehavi), the non-Orthodox singer she meets while on a pilgrimage to Breslov Hasidic founder Rabbi Nachman’s tomb in Ukraine, Michal strikes up a sparkling rapport that she hasn’t established with the other would-be suitors she’s met since Gidi jilted her. But because Yoss isn’t a part of her faith, she’s never able to find it in herself to think of him seriously as a marriage prospect, even when he directly expresses a romantic interest in her.

Burshtein plays all of this for laughs in The Wedding Plan, and though her stylistic hand is a bit too heavy for what’s a light comedy at heart, the film does have its choice comic moments, most notably the many dates Michal goes on with a series of eccentric suitors, one of whom offers an elaborate rationale for his refusal to look directly into her eyes throughout their dinner together. And Michal is a memorable creation, brought to vivid life by Kooler with a charming mix of forcefulness and vulnerability that keeps us invested in the character’s defiant quest to turn her desire for a husband into a referendum on God and whether He intends for her to be happy or not.

The question lingers, though, as to just how much of the critique of Orthodox traditions in Burshtein’s films is intentional on her part, or how much of it is the audience projecting their own worldly, progressive politics onto the filmmaker’s insular, conservative worldview. But perhaps that’s ultimately the quiet strength of both Fill the Void and The Wedding Plan. With the benefit of Burshtein’s sympathetic insider perspective, the filmmaker allows us to form our own impressions based on what she presents to us of the Orthodox faith. Better such even-handedness than the jokey condescension to which the religion is often subjected from more secular filmmakers.