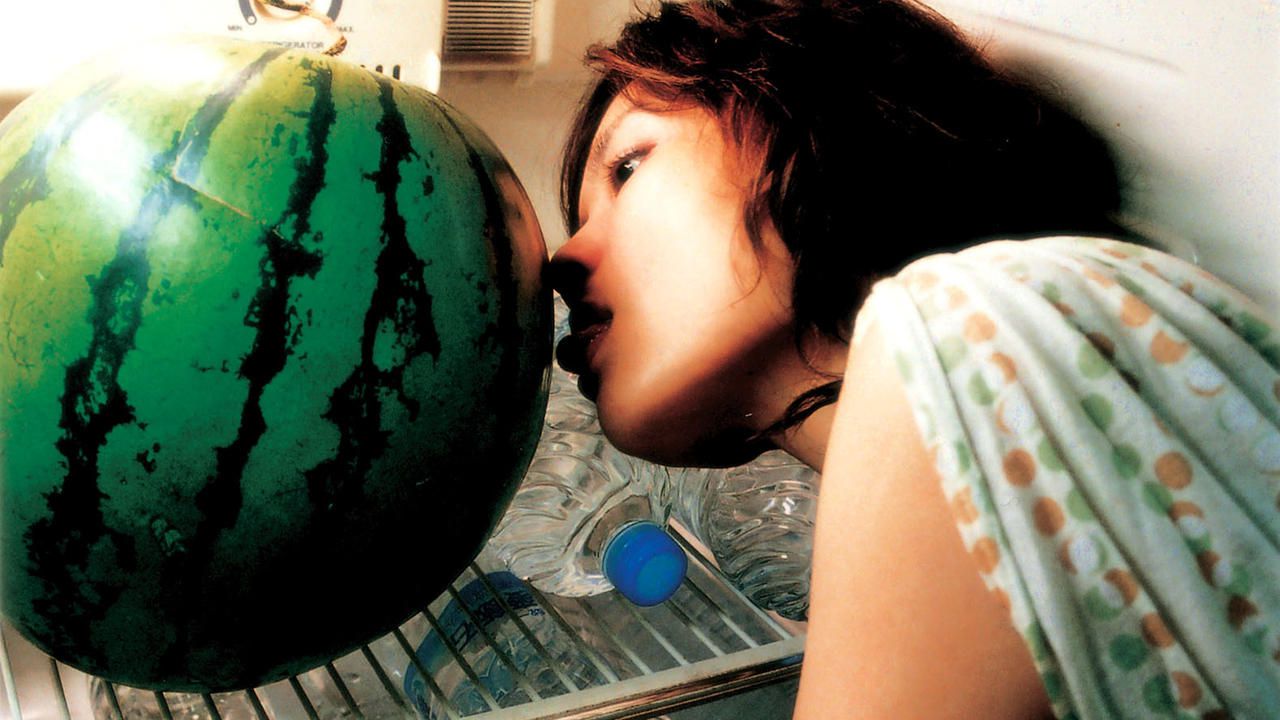 Cum is the new water in Tsai Ming-liang’s The Wayward Cloud, wherein the great Taiwanese director trades contemplative philosophizing for balls-out rhetorical flourishes. It’s not an unexpected change of pace (in many quite obvious ways, Tsai has been moving toward this film his entire career), but it is an uneasy one (from an auteurist perspective, that English title thuddingly tells all). In essence, Tsai uses the vernacular of pornography against itself: every image is empty, obvious, posed—as dried out and desiccated as the drought-stricken Taipei that serves as the film’s backdrop. Tsai has a point to make and his actors (old standbys Lee Kang-sheng and Chen Shiang-chyi, reenacting a much more explicit version of their What Time Is It There? pas de deux) contort themselves like spit-or-swallow blow-up dolls to prove it. Tsai’s comical sense of alienation, heightened by several ribald musical interludes, makes for uneasy bedfellows with his politically charged and quite baldly apparent thesis: that Taiwan itself is a wayward cloud, trapped between various and sundry pan-Asian interests and influences. If that reads as didactic as it felt to write then we’re one step closer to grasping the film’s highly problematic nature, not that Tsai makes much of an attempt to cloak it. One need only look at the infamous final sex sequence (which, in addition to Lee and Chen, features a comatose Japanese porn star and a Chinese airline stewardess cutout—theoretical signposts both—placed perfectly on opposite sides of a dividing wall) to experience the solidity and conviction of Tsai’s intent. The Wayward Cloud includes some of Tsai’s most risible work (never thought I’d feel so embarrassed for Chiang Kai-shek) alongside some of his best (the highlight: Lu Yi-ching’s flames-and-spiders musical number, initiated by a gooey cum facial), but in action it all falls apart, and I’m uncertain, even after two viewings, if this is entirely a bad thing. For this enduring sense of confusion alone (liken it to the lingering disorientation of a particularly multifaceted sexual encounter), Tsai’s most off-putting work is nonetheless worthy of intense and ongoing consideration.