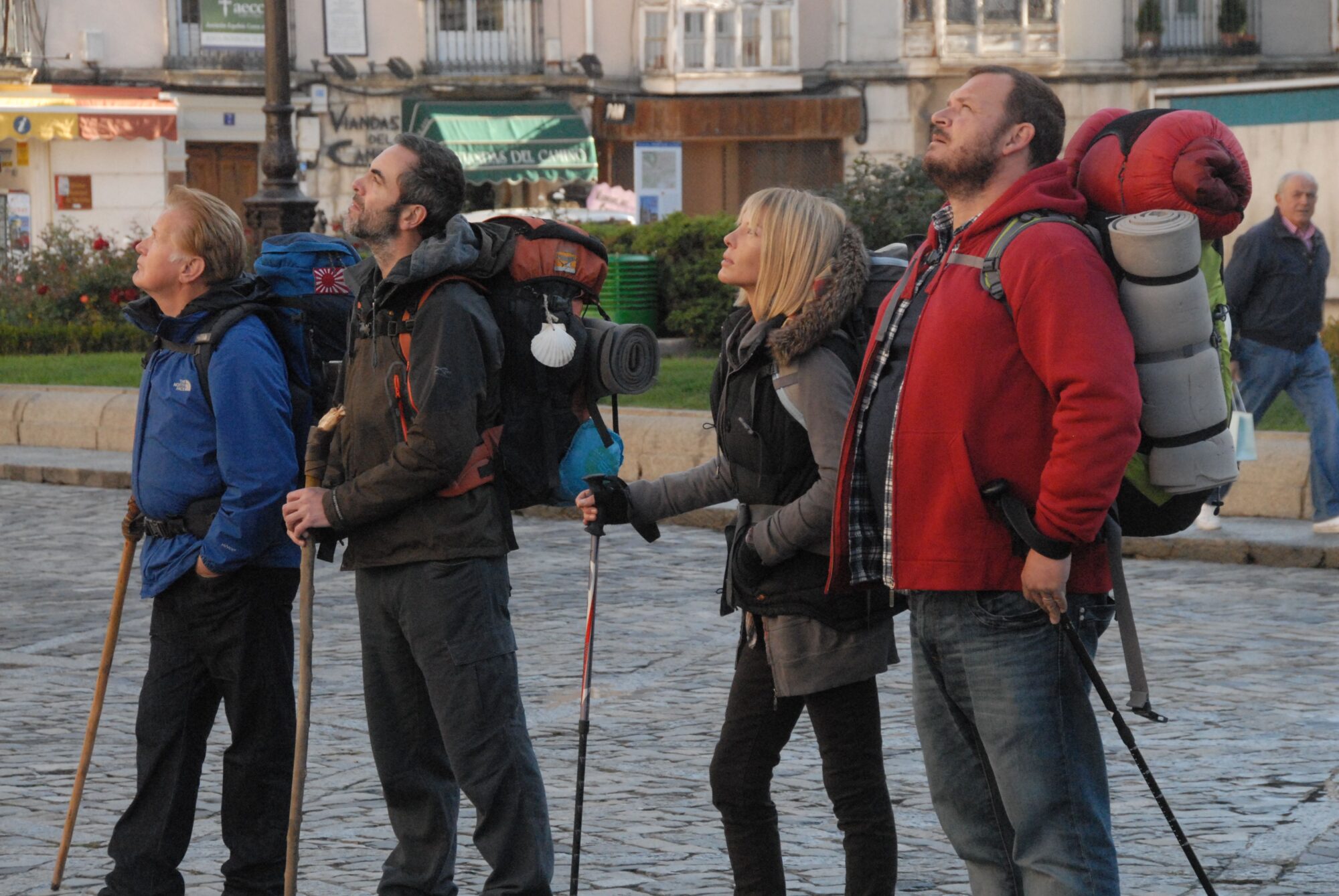 “‘The Way’” is a very personal journey,” a French police captain informs Tom Avery at the beginning of the movie of the same name. He’s referring to the Camino de Santiago, a Christian pilgrimage involving the traversing of several hundred kilometers of Spanish countryside en route to the Santiago de Compostela cathedral in Galicia. But it might also refer to the making of the film itself. Truly a family affair, writer/director/producer Emilio Estevez based his material on the experiences of his own son, cast his father, Martin Sheen, in the lead role as Tom, and dedicated the film to his grandfather.

But earnestness does not always good cinema make, and there’s little in The Way that doesn’t succumb to platitudinous conceptions of spirituality or lowest-common-denominator filmmaking. As SoCal ophthalmologist Tom journeys to France to pick up the body of his seized-by-midlife-crisis son, Daniel (played by Estevez in flashbacks), who died in a storm, he decides to undertake his own spiritual journey by walking the Camino as Daniel himself had planned to do. He treks along in the company of three other pilgrims, carrying his son’s ashes and spreading a little of the dust at each stop along the way.

Estevez seems to go out of his way to hide the film’s gooey spiritualism, using Tom’s perpetual surliness and his professed lack of belief in any religion as a sort of smokescreen, but the new-agey vocals on the soundtrack and the constant “appearances” of Daniel along the journey as his father imagines his son’s presence don’t lie. Though the film may be insistent in its acceptance of secularism (both Tom and his companions have their various reasons for undertaking the trip, most of which have nothing to do with Christianity), the pilgrimage is explicitly Catholic and all four characters weep when they finally enter the Santiago cathedral and witness an incense ceremony.

Because the film runs for two hours and covers a journey of a rather imposing length, Estevez can’t simply alternate shots of a nearly silent Sheen traversing the striking, if blandly photographed, countryside with instances of great spiritual pitch and moment. The solution is a series of incidents either randomly topical (a debate over Basque identity) or allegedly comic (a wacky innkeeper) as well as three supporting players all with their own slowly revealed backstory. Most appealing of the trio is jolly Dutch bon vivant Joost (Yorick van Wageningen), though, when his own reasons for taking the pilgrimage are revealed to be more serious than expected, the strain after pathos seriously misfires. Far less palatable (or interesting) are an arrogant Irish travel writer hoping to overcome writer’s block and a bitter Canadian woman, bitter it seems because she once had an abortion and keeps picturing what the child would have been like, thus adding an unnecessarily anti-choice angle to the proceedings.

But this is Tom’s story and while never quite giving up his jaundiced outlook, he eventually learns to embrace the company of his companions and to come to terms with his son’s death. Unfortunately, the former achievement is illustrated through clumsy scenes of camaraderie that, but for van Wageningen’s natural good humor, would seem entirely strained, while the latter gives in to full-on tear-stained bathos replete with dimly sentimental gestures that culminate in the inevitable scattering of Daniel’s ashes in the sea. No doubt this all has a lot of meaning for the filmmaker, but for an allegedly personal project, there’s far too much of the generic in Estevez’s movie, particularly in its embrace of the blandly grand gesture. The making of The Way must have been a nice moment for father and son, but why must the rest of us suffer?