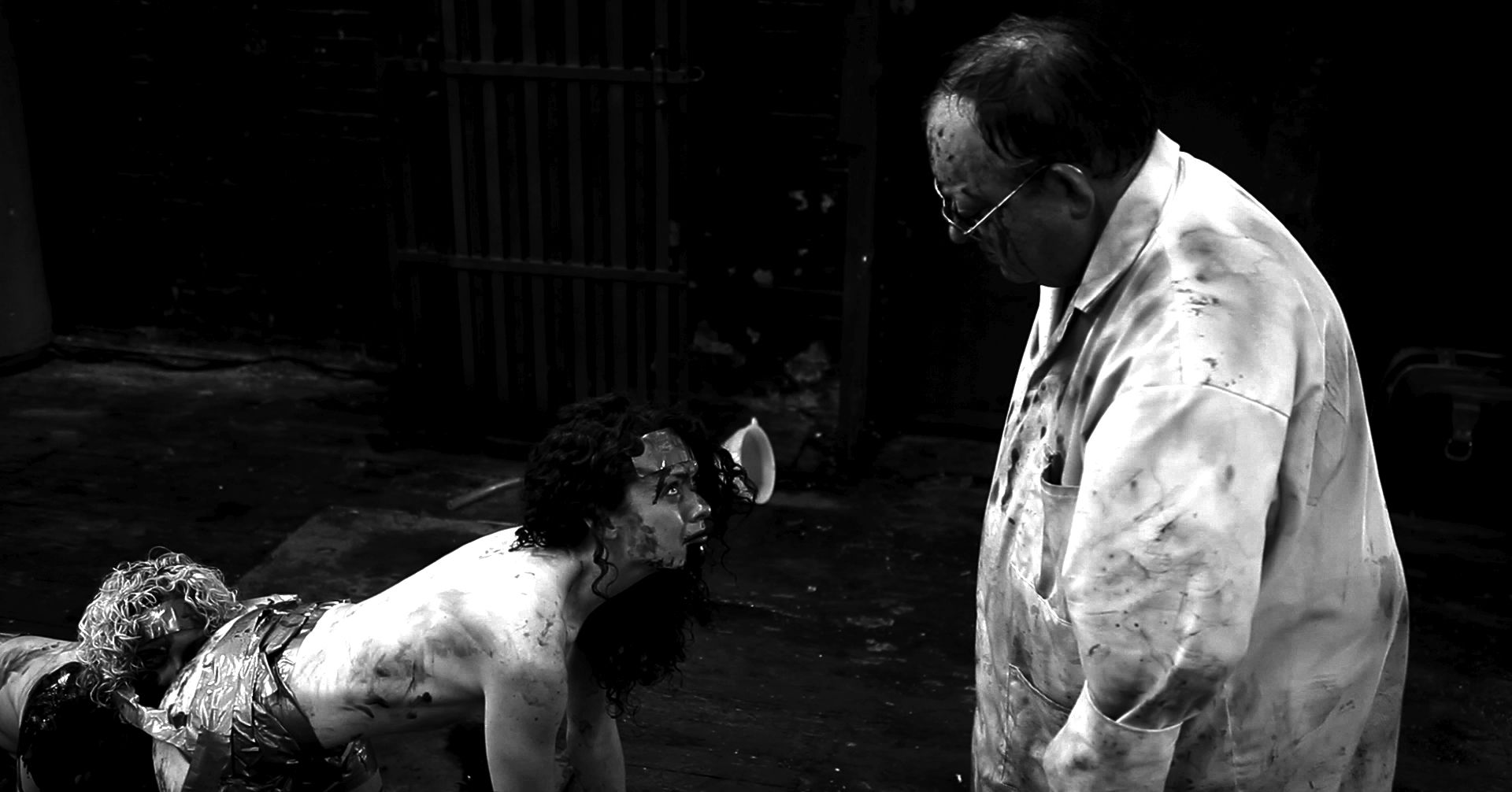 The desire to eat someone’s ass is almost always superficial; there’s no thought of sustenance, and more sophisticated pleasures are usually imminent. Not so with The Human Centipede 2 (Full Sequence). When ass-eating is the endgame, you’re already dealing with half a deck, and while we all have our variable thresholds for niche entertainments, there’s usually a support group in a church basement somewhere willing to offer at least a sense of community, if not a salve to an open wound. But from where I sit, there are no church basements in sight.

The protagonist/villain of the second in this series of films originally made famous by the ubiquitous face-to-ass illustrations which depict its most gag-worthy imagery is a security guard who happens to also be a huge fan of the first film and chooses, using the original as a guide, to enact his own medically unsound “revenge” on those who would probably take advantage of him and easily cast him aside if not for the wrench his unhinged psyche throws into things. Attempting to ascribe a Lynchian Elephant Man-esque outsiderness to his protagonist via the ill-advised choice of black and white, among a number of other amateurish stylistic nods (none of which aren’t currently being used to better effect in the basement of some anonymous film school somewhere), director Tom Six only serves to alienate rather than implicate his audience, revealing his protagonist to be just as disgusting as we imagined. The somewhat interesting choice to align us with the perpetrator rather than his victims is undermined by this lack of exploration into the nuances of his true nature, deflating the film and rendering its most violent moments impotent due to this leeching of empathy.

The Human Centipede: First Sequence offered much more by being less reliant on knee-jerky references to the shitty life previously led by the villain (sexual abuse, asshole mother, weird obsessions, oh my!) and more contemplative on the nature of American entitlement and class, more willing to lend at least a nominative respect to the traditions of a genre already reliant on shock and awe, but also handily prepared to say something about the world it lives in. I could tell you more about the graphically horrific images which are now forever seared into the less rainbowy quadrants of my soul due to Six’s enthusiastically gleeful one-upping of his first outing, but if you’re interested in hearing about those then I suspect you’re already going to see this movie regardless of what I say about it, and I’d rather spend my time masturbating with sandpaper than contemplating the origins of the bad taste lingering in my mouth.