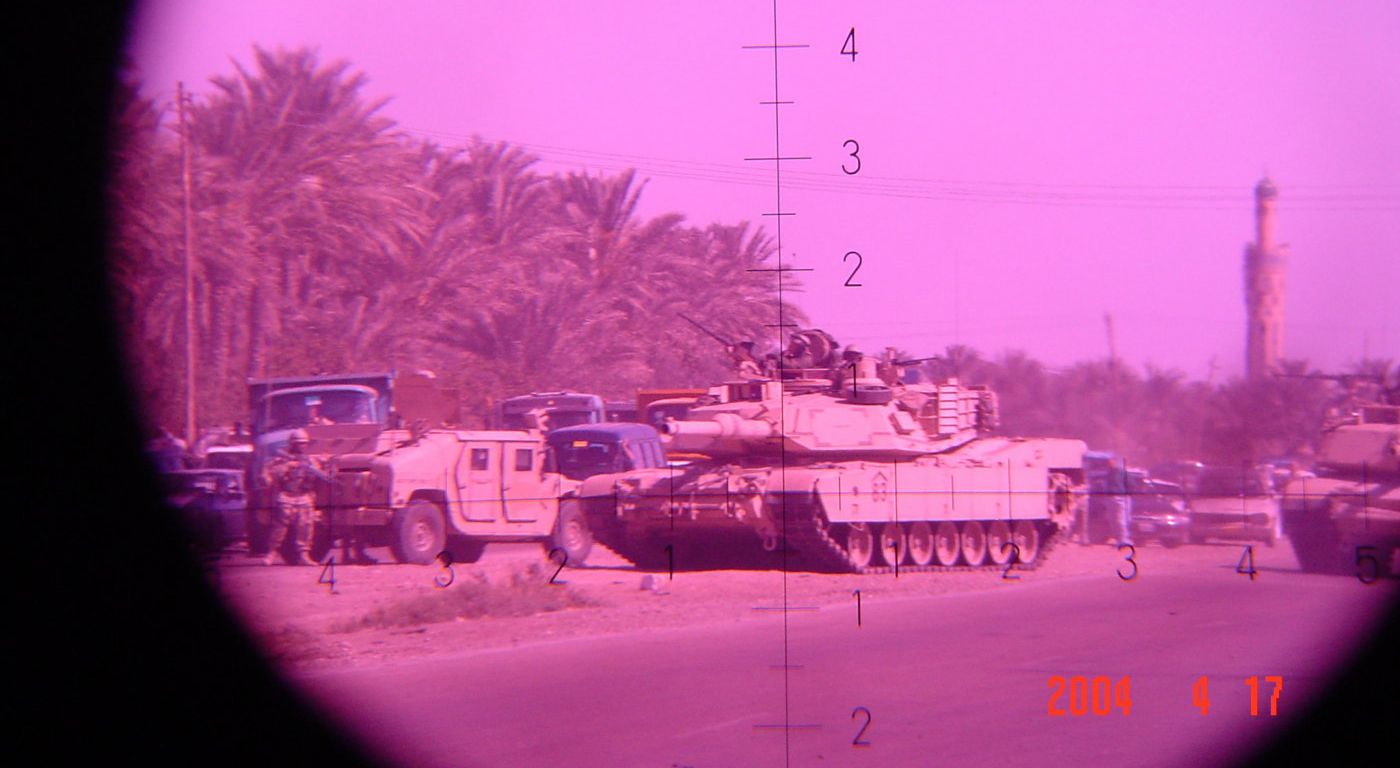 Rather than embedding herself in Iraq, documentarian Deborah Scranton supplied three National Guard members with DV cameras, their resulting 2004 in-country footage from the Sunni Triangle culled to form the harrowingly intimate The War Tapes. Exploding with a first-person American view of an enemy’s surprise attack—which startlingly resembles nothing so much as a video game—Scranton’s film has violent conflict ingrained in its marrow, the confusion of its up-close-and-terrifying combat mirrored by the standpoints of its three camera-wielding soldiers: 24-year-old Sergeant Steve Pink, an aspiring writer who enlisted as a means of paying for college; 24-year-old Sergeant Zack Bazzi, a Lebanese-American who adores his armed forces career; and 35-year-old Specialist Mike Moriarty, a mechanic (with a wife and two kids) who chose a tour in Iraq because of 9/11 but finds military service abhorrent.

Initial stereotypical assumptions are upended as the trio gets accustomed to life in Iraq, Pink’s cynicism matched by a morbid indifference to killing and death, Bazzi’s doubts about the war’s execution (such as the lack of vital cultural training given to soldiers) countered by his steadfast belief in the military’s integrity, and Moriarty’s staunch patriotism juxtaposed with his frustration over the lack of progress in the chaotic, far-from-democratic country. Scranton allows her National Guard trio’s complicated emotional and political attitudes to reflect a larger ambiguousness about the ongoing state of the war itself. Still, despite the director’s general hands-off approach to cutting-room editorializing, the eventual portrait that emerges is less hazy than bleak, as the men find themselves in a state of perpetual anxiety thanks to unavoidable insurgency IEDs (improvised explosive devices, such as car bombs), and increasingly perturbed by their central duty protecting supply convoys from the KBR division of Halliburton, which they all agree is primarily interested not in peace but—as evidenced by the firm charging the military $28 for each plastic plate used in fast food-filled mess halls—in profit.

Obligatory scenes with unhappy girlfriends, wives, and mothers waiting for their loved ones at home don’t have the same impact as the film’s uniquely personal perspective on American progress (or lack thereof) in Iraq. But more valuable even than its insight into the tactical successes and failures of the occupation is its piercing illustration of the pride, doubt, fear, bravery, and camaraderie that characterizes combatants’ wartime experiences, a depiction that, in its non-judgmental authenticity, proves an uncompromising corrective to Sam Mendes’s hollow, phony Jarhead.

B Noir: Joseph Losey’s M and The Big Night