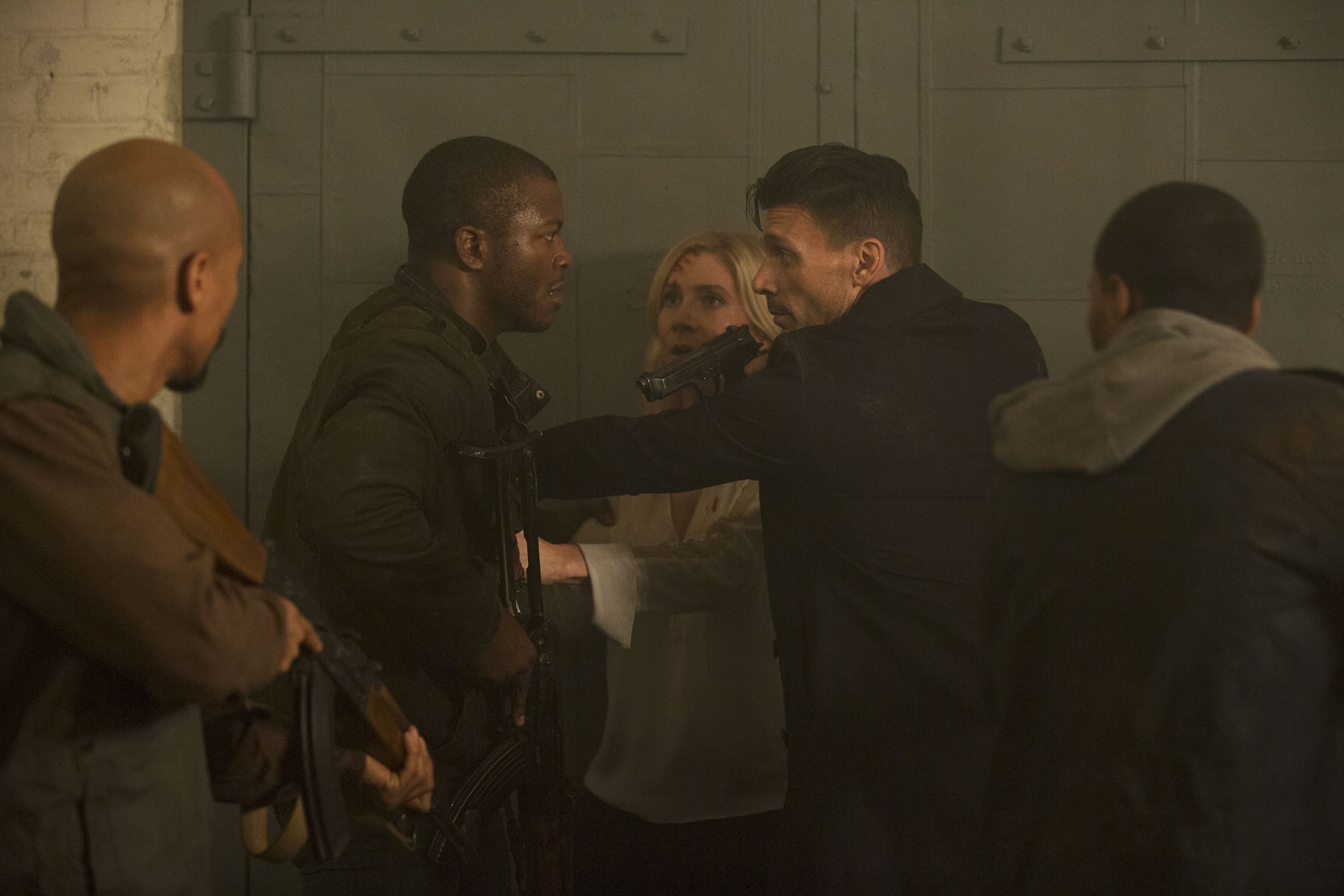 It was surprising, even heartening, to see The Purge: Anarchy correct the unfortunate, almost self-defeating, way that The Purge highlighted the marginalization of a homeless black character at the same time that it marginalized him within the story of the film. The first entry in writer-director James DeMonaco’s horror franchise imagined a future in which all crime is legalized for a 12-hour time period, and by focusing on how this potentially crime-reducing scenario played out on city streets, the sequel treated the lower classes as more than just puppets. The result was much more potent in its anger at American class and racial disparities.

But DeMonaco’s bile wasn’t just reserved for the exploitative rich; in his world, all groups on the political and racial spectrum are guilty in some way of compromising their morals for the sake of either profit or political gain. In the end, Anarchy hinged on the moral reckoning of Leo Barnes, a vengeance-driven cop who, through the redemptive empathy of a woman and her daughter, decides to humanely forego his right to purge and let his target live.

In the Washington, D.C.-set Election Year, Leo (Frank Grillo) is now a security head for Charlie Roan (Elizabeth Mitchell), a senator running on a presidential platform vowing to end Purge Night. Some of the pitiless social commentary that animated Anarchy survives, now that government workers are no longer exempt from being purged. Significantly, we finally get a glimpse of the cabal that sanctioned this night in the first place: the New Founding Fathers of America, a cult-like group so committed to their belief in the cleansing power of purging that they literally go to church to express them in a late-night mass, complete with human sacrifices. But the anti-Purge insurgents led by Dante Joseph (Edwin Hodge) aren’t necessarily less ostentatious in their violent methods. Amid the carnage, deli owner Joe (Mykelti Williamson), his Mexican protégé, Marcos (Joseph Julian Soria), and paramedic Laney (Betty Gabriel)—all reformed criminals—try to live as virtuously as possible even in the upside-down world inspired by the purge.

It’s when Election Year tries to position itself as a moral object that it flatlines. Having witnessed the evils of the purge firsthand when her family was murdered 18 years ago, Senator Roan advocates for the nonviolent high road, even as she sees the bloodthirsty worst in her fellow politicians. Her pleas for civility, however, ring hollow in a film that itself seems as gleefully barbaric in its depiction of violence as those who participate in the purge itself.

In Anarchy, there was resonance to a stockbroker’s corpse dangling outside a corporate tower—a feeling of chickens coming home to roost for the one percent at the hands of the oppressed. Similar violent scenarios abound in Election Year, such as a beheading by guillotine and a scene depicting a beating at the hands of a group of bloodthirsty Russian tourists, but they feel unhinged from recognizable social or moral outrages. The filmmakers let their imaginations run wild only in coming up with the most exaggerated horrors they can think of, and without implicating us in said violence. Besides, Senator Roan’s beliefs don’t necessarily stop Leo himself from being less merciful and occasionally meting out righteous violence on her opponents.

The nadir of the film’s have-its-cake-and-eat-it-too mentality is a cartoonish sequence revolving around a group of masked schoolgirls who threaten to break into Joe’s deli just because he caught one of them stealing a candy bar earlier that day. With the camera luridly feasting in slow motion on the scantily clad girls prancing around in dangerously sexy motions, the scene plays as if DeMonaco is attempting to momentarily stage his own version of Spring Breakers; worse, though, is the comeuppance these girls receive at the hands of Laney, who tops off her extravagantly gruesome rescue of everyone trapped in the deli with a cheesy one-liner intended only keep the audience’s blood pumping. Such a sequence is indicative of Election Year’s greater focus on disreputable genre thrills at the expense of making coherent points about class inequalities, political exploitation, or man’s inhumanity.

Review: Our Kind of Traitor