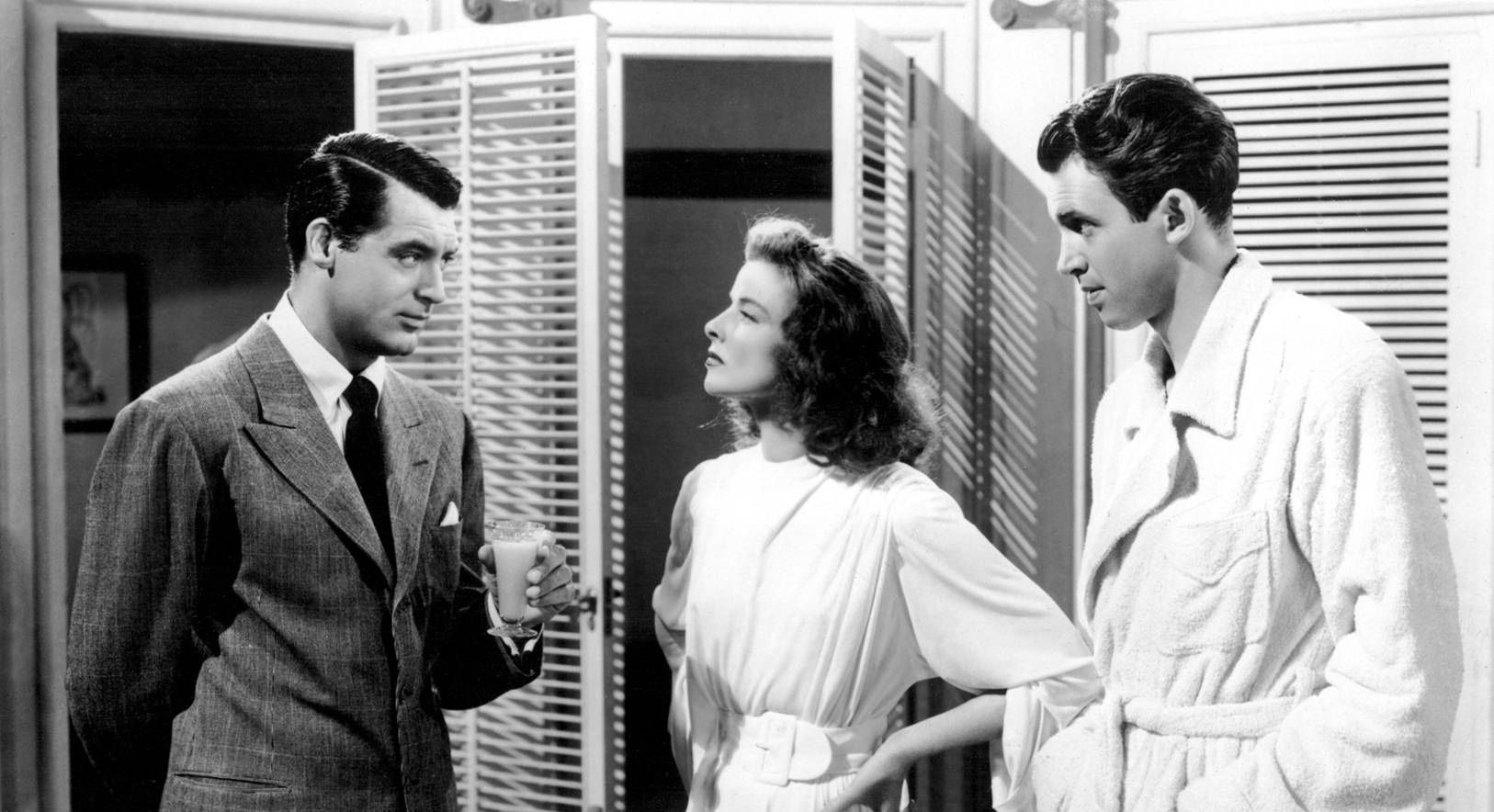 She’s a haughty and demanding Philadelphia heiress; he’s an arrogant playboy. The Katharine Hepburn-Cary Grant pairing in The Philadelphia Story pits these two forces against one another. Those scenes highlight their effortless charisma and singular uniqueness. One could see the film as the story of a free-spirited woman deliberately placing herself within a cage, stuck with a boorish, moody one-time drunk (albeit one blessed with cleverness and good looks). But that doesn’t seem fair to Hepburn’s headstrong Tracy Lord or Grant’s wonderfully named C.K. Dexter Haven. It doesn’t take into account that these two are a match, and the way they challenge one another is what keeps them spicy and alive.

The Philadelphia Story, originally a hit Broadway play, was the studio picture designed to resuscitate Hepburn’s career after she had been labeled “box office poison.” It’s a pity, considering how her three preceding films (Holiday, Bringing Up Baby, and Stage Door) were all impressive in one way or another: her Linda Seton in Holiday was a one-of-a-kind eccentric beauty who moved through a stifling cosmopolitan milieu with her own sharp, individualistic will. She possessed an absolutely stunning beauty, commanded on her own terms. I identified with the Cary Grant character, an idealistic young man who fell in love with her because of her mind and body, and because there was no one else like her anywhere in the movies.

But as with any true individuals that happen to be women, she was too much to take for the complacent masses. So she retreated to the stage and, with the cunning help of playwright Philip Barry, developed a project built around her persona. And built around that persona getting tamed and knocked down. Indeed, the first scene of the movie involves Tracy Lord throwing C.K. Dexter Haven out of the house and impetuously snapping one of his golf clubs over her knee. Cary Grant gets to do what most insecure men dreamed of doing in Bringing Up Baby: grabbing her by the face and giving her a shove. It’s a chauvinistic gesture putting a bold woman in her place.

What I like about The Philadelphia Story is it takes place two years after Cary Grant behaved like such an asshole. He’s now a recovering alcoholic and, if not apologetic, at least understanding of what he had and lost. One has to read between the lines to detect the stalwart and engaging figure underneath the cool façade and cutting sarcasm. Grant was always an interesting performer, but he had a special chemistry with Hepburn—particularly in the three films they did with actor’s director George Cukor. It’s as though he loves her but has to find his way in on his own terms. Love for him isn’t a sacrifice, but a negotiation, and that demands an equal partner. And that demands a test, which is the crux of The Philadelphia Story. Love wasn’t meant to be safe.

Haven’s motives are somewhat gray, employing some tabloid journalists from Spy Magazine to intervene the day before Tracy marries boring but respectable self-made-man George Kittredge (John Howard). He shows up at the mansion cheerfully engaging in acid dialogue (my favorite: “I thought all writers drank to excess and beat their wives. Y’know, at one time, I secretly wanted to be a writer.”) But if C.K. Dexter Haven were just a ruthless bastard, he’d never be deserving of a prize like Hepburn. The Philadelphia Story paints him as a villain at first only to keep him shrouded in mystery, and like Hepburn we only gradually realize his desire for Tracy as well as his worth.

Tracy’s test for whether she should actually end up with C.K. Dexter Haven, a suspenseful decision that is left until the very climax (involving a two-shot of would-be lovers and two deeply moving close-ups of anticipating observers), has nothing to do with George Kittredge. The man is so clearly undermined as out of Hepburn’s league in his first scene, dressed for riding horses in neatly pressed pants and unable to successfully ride a horse. (Tracy immediately wrestles him to the ground and covers him in dirt, to make him a more attractive specimen of rough and tumble manhood). No, there’s no challenge there…but challenge does arrive in the form of tabloid writer Mike Connor, played by a young James Stewart, who not only offers wonderfully self-aware reactions to the elitism of high society but also really knows how to listen.

At first, Tracy thinks nothing of this gawky reporter; but on doing her homework she discovers he has a literary bent and a talent for writing poetic short stories. It’d be too good to be true if it weren’t Jimmy Stewart, who makes this nice guy into a needling, jocular observer; a writer who follows stories and people that interest him. It’s sad to see him, like most men in this film in their worst and weakest moments, jilting the loyal, hardboiled photographer played by Ruth Hussey, who moons after him wryly and wisely. When Haven suggests she marry Mike, she sighs, “He still has a lot to learn.”

But Mike and Tracy have chemistry. James Stewart has never been particularly interesting as a romantic foil except while playing characters obsessed. Normal guys who go a little crazy. And he works well with Hepburn because his nutty desire for her sets her free, leading to the most memorable sequence of The Philadelphia Story. Tracy has only been roaring drunk twice in her life, once with Haven (he recalls, “You were on the roof! Naked! Waiiiiling like a banshee!”), and now with Mike. Inebriated and fancy free, The Philadelphia Story allows her the chance to break loose from the Philadelphia social conventions, have a tryst with Mike Connor, and along the way figure out what she really wants. Hepburn has a tremendous sex appeal when she’s playing know-it-all women in control, who say they know what they want, and she’s also just glorious when she lets her hair down and indulges in mania. That’s the combination that no doubt seduces Mike, George, and Haven. Who else but Hepburn was so bold, yet so smart, and at the same time so beguilingly funny?

Is The Philadelphia Story about cutting Katharine Hepburn down to size? I don’t like to believe that. If it were, it wouldn’t have paired her up against men so complicated and appealing, then have her in the enviable spot of choosing what she likes best. That brings us back to C.K. Dexter Haven. If a stupid boor like Clark Gable played him, we might feel resistant. But it’s Cary Grant, who suggested depth of character even when playing jerks (and without making them likeable he’d suggest they were play-acting the role of the jerk like a suit of armor—see also Hitchcock’s Notorious). I don’t think The Philadelphia Story would have worked nearly so perfectly without Grant, who was ignored at that year’s Academy Awards because his character’s struggles are largely internal. Add Hepburn’s persona, beautifully explored here in all its wonder, and Stewart’s likeability, and George Cukor’s sensible, subtle, and lovingly unrushed direction of a firecracker script…the result is a studio picture far deeper and richer than its whimsical surface style might lead you to believe.