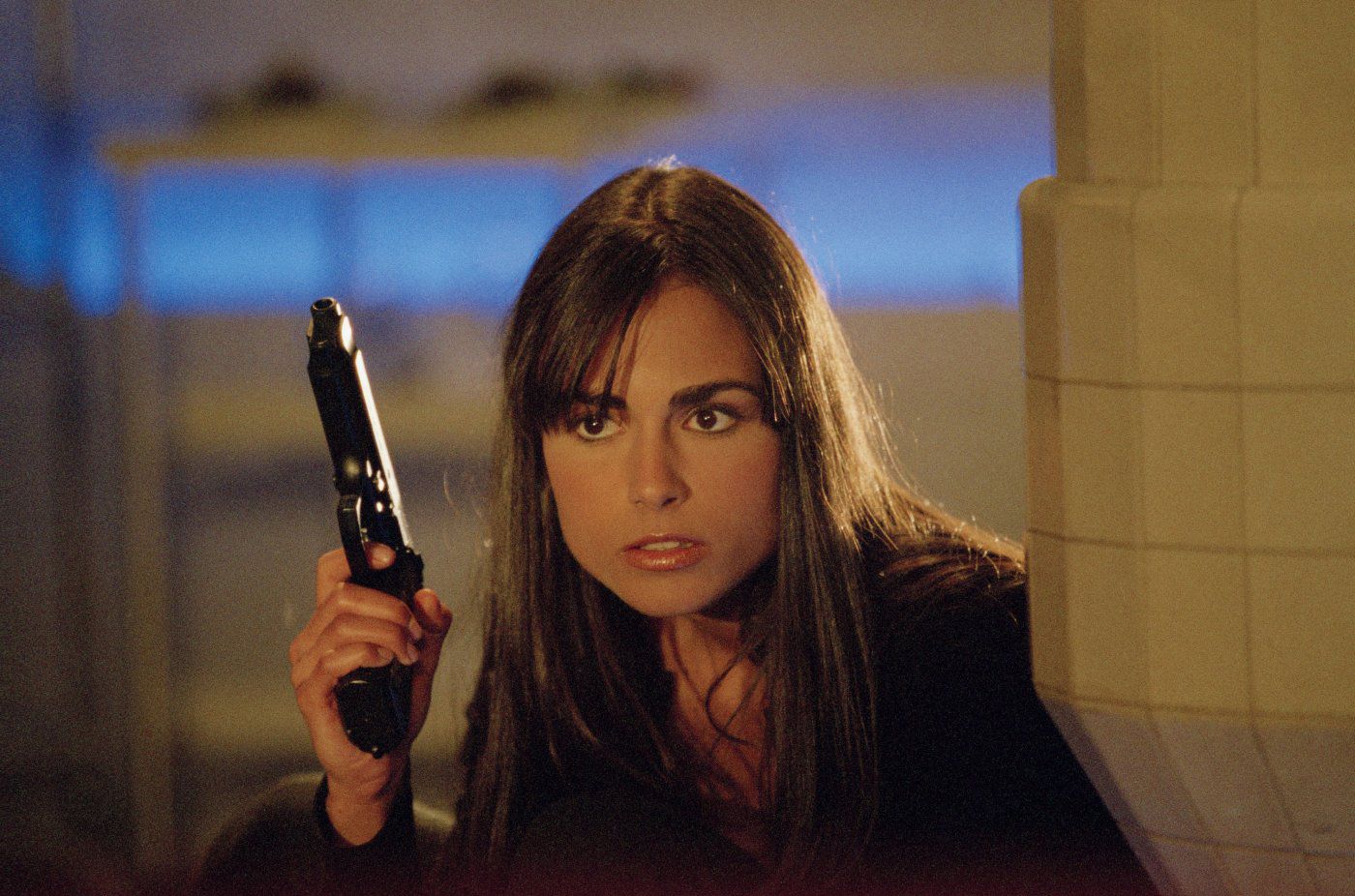 There’s a scene in Angela Robinson’s directorial debut where a hot-to-trot Winnie Cooper-type played by Jordana Brewster starts climbing a building using some kind of suction device. In the same way a camera turned on its side evoked Adam West and Burt Ward climbing the side of buildings on the Batman television show from the ‘60s, Robinson’s camera stays close on Brewster so that the actress’s slow rise from a crouching position gives the impression the girl’s character is actually climbing a wall. But like the scenes from the old Batman series, the effect isn’t funny but flat-out ridiculous. The press notes for D.E.B.S. boldly herald the film as a “smart, stylish satire of teen comedies and action adventure films,” except Robinson’s intentions are scarcely biting or high-minded: If you laugh at Brewster climbing the wall (using what appears to be red-colored cups), it’s because there’s nothing remotely winking about Robinson’s direction or Brewster’s performance. In the film’s alternate universe, jailbait is enlisted to fight crime for a preposterous organization supervised by Holland Taylor. A pretty blonde named Amy (Sara Foster) falls for a criminal mastermind named Lucy Diamond (Brewster), who leaves a trail of diamonds behind after causing elaborate scenes (like robbing banks, which keep their money inside little bags with “$” printed on them—the kind you’d expect to see in a Keystone Cops short). When the whole lesbian thing doesn’t go over well with Amy’s friends, Robinson attempts a parallel between the D.E.B.S. organization and nutty religious groups that believe in the reparative therapy of homosexuality, except the parallel is as half-assed as the film’s string of delivery-less gags. Pitched very awkwardly between Agent Cody Banks and The Incredibly True Adventures of Two Girls in Love, the film is a shapeless mess of half-hearted intentions, refusing to use its budgetary limitations for any real critical effect. Save yourself the trouble: Skip D.E.B.S. and rent Pootie Tang instead.