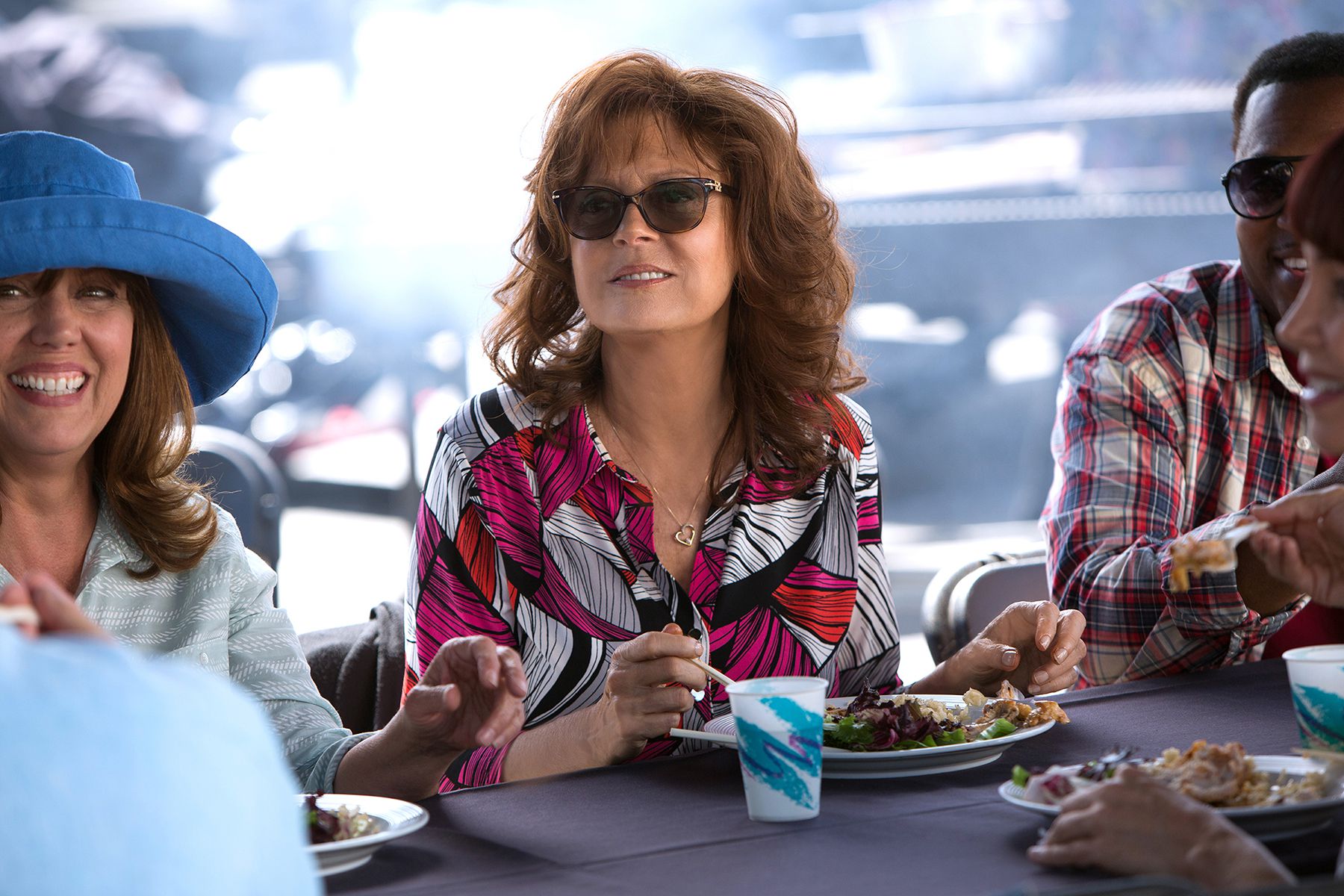 In Lorene Scafaria’s The Meddler, the recently widowed and adrift Marnie (Susan Sarandon) tries to fill the hole in her life, first by launching an extreme invasion of her daughter’s privacy, and then by offering random acts of generosity to near-strangers, who subsequently become her friends. Perhaps to embody Marnie’s penchant for running from her own problems, Sarandon pumps the character full of raw, aimless energy, never walking when she can trot along briskly and talking fast in a broad, supposed-to-be-Brooklyn accent. The actress’s frenetic need to keep busy betrays the loneliness and rootlessness underlying Marnie’s impulsive acts, but even Sarandon’s innate warmth and the sympathy she generates for her character can’t make some of Marnie’s stunts come across as anything other than unintentional cruelty.

As Marnie bigfoots her way through long-suffering daughter Lori’s (Rose Byrne) life, her inappropriate behavior is generally laughed off, treated as funny or endearing. She elicits gratitude or admiration from almost everyone she encounters and never inspires any real anger in Lori, even when she exhibits a genuinely disturbing level of intrusiveness. In a scene toward the end of the film, Marnie heads upstairs hand in hand with a little girl she babysits, charming the child with her stories, like a latter-day Auntie Mame. But when the film treats one of Marnie’s seriously misguided blunders—like inviting a guy Lori is hooking up with to dinner, even though her daughter is clearly trying to get rid of him, and then encouraging his stalkerish plan to propose to Lori—as if it were simply the kookily endearing actions of a loving but overinvolved mom, the film feels as emotionally tone-deaf as its subject.

A handful of fine actors are stuck revving their engines in one-note supporting roles. Byrne mostly just rolls her eyes, while J.K. Simmons radiates twinkly eyed machismo as the silver fox who woos Marnie. Freddy, a helpful Apple store employee Marnie starts driving to night school after learning that he has no way to get to class, is played by Jerrod Carmichael, a gifted comedian who has little to do despite the fact that he plays not only straight-arrow Freddy, but his miscreant twin brother. And Michael McKean basically just looks sheepish and dances awkwardly as the father of a friend of Lori’s who develops an unrequited crush on Marnie. Their scenes scoot by quickly and then fade from memory, just one more underdeveloped part of an unconvincing character study that plays like a painfully unfunny sitcom.