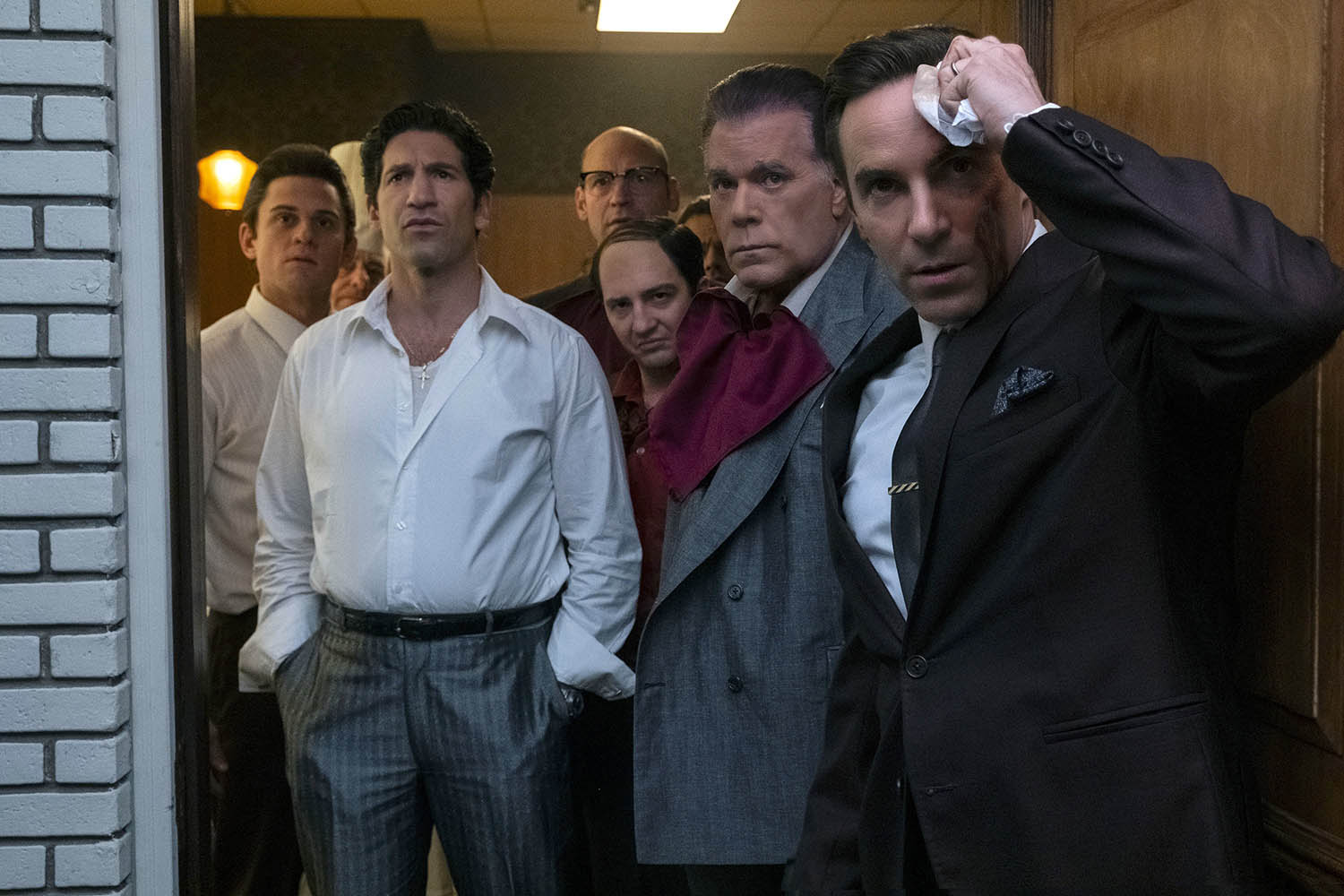 Like Twin Peaks: Fire Walk with Me before it, The Many Saints of Newark returns to the world of a paradigm-shifting television show that ended with a legendary cliffhanger, seemingly to retrace the steps of a previously told backstory. Contrary to much of its marketing, Alan Taylor’s prequel film isn’t really about Tony Soprano (played by William Ludwig as a child and Michael Gandolfini, the spitting image of his late father, as a teen). Rather, it devotes its attention to contextualizing the criminal underground into which Tony grows up against the larger environment of New Jersey at a social and political crossroads.

David Chase, who co-wrote the film with occasional Sopranos scribe Lawrence Konner, sets the story in the Newark of Tony’s adolescence from the late 1960s to the early ‘70s. If The Sopranos illustrated the brutal means by which some Italian Americans asserted their cultural identity in a society where they no longer faced prejudice, The Many Saints of Newark frequently foregrounds the civil rights struggles of black Americans seeking to gain any kind of legitimacy in an actively hostile system. In a revealing early scene, some mobsters eating dinner in a private restaurant backroom are surprised when one of their own runs in and opens a door to show them fires burning mere blocks away from a riot over police brutality.

That depiction of the close physical proximity between two culturally siloed groups, as well as the vast gulf of experience between them, drives one of the film’s major plotlines. At the crux of this conflict is Dickie Moltisanti (Alessandro Nivola), Christopher Moltisanti’s father, and the closest thing that this loose ensemble drama has to a protagonist. Dickie finds himself at the center of tensions between his own clan of gangsters and the wannabe black capos when a former runner in his employ, Harold (Leslie Odom Jr.), goes rogue and starts a turf war that occasionally plays out as an action movie in miniature. The Many Saints of Newark is at its most thrilling when this plotline culminates in an elaborately staged shootout between former colleagues that leans heavy on day-for-night blue filters and judicious editing for impact.

Like The Sopranos, The Many Saints of Newark hums with Oedipal drama. Dickie’s boorish, abusive father, Dick (Ray Liotta), returns from an Italian holiday with a beautiful new bride, Giuseppina (Michela De Rossi), whom he quickly abuses in ways that remind his son of the old man’s treatment of his mother. That Dickie openly desires Giuseppina only deepens the psychosexual rift between father and son. The fallout from this conflict riddles Dickie with guilt even as it catalyzes his ability to compartmentalize and ignore his pain.

Which is to say that the sharp eye for internal upheaval that defined The Sopranos is also on display in the film. And the fact that Dickie is also a young Tony’s favorite and most affectionate relative emphasizes that Chase still loves to build his stories around arcs of fate. Christopher, seen only as a newborn infant in the film, recoils instinctively from a teenage Tony, while Nivola adopts the same half-ingratiating, half-terrifying grin that James Gandolfini used to define his iconic Sopranos character, which suggests in this new continuity that Tony may have consciously or subconsciously adopted his uncle’s sneer.

Yet where the series never felt repetitive as it used its cycles of violence and domestic drama to sink its characters into ever-lower tiers of hell, the film often gets bogged down watching, say, Dickie try to exorcise his guilt through transactional good deeds or Tony bristling under the emotional manipulation of his mother, Livia (Vera Farmiga). The juxtapositions between backroom politicking, intimate family drama, and the occasional lurches into action often give the impression of a TV season’s worth of content crammed into two hours, reducing each storyline to its barest essence of savagery and remorse. It also tends to flatten the performances of the supporting actors who play younger versions of the show’s most beloved characters into glorified impressions, some good (such as Farmiga and Corey Stoll as an uncanny Junior Soprano) and some embarrassing (such as John Magaro’s Silvio Dante).

Though it may look quaint now, The Sopranos set a very high bar for television direction, frequently and rightfully earning the “cinematic” tag from critics. The Many Saints of Newark, for all of its polish and ornate camera movements, doesn’t exactly resemble its small-screen predecessor. The film’s color palette trends toward icy, desaturated hues, reflective perhaps of the unromantic nature of the story but also similar to so much contemporary prestige television. The emotional tenor of this aesthetic is so two-dimensional that it weighs down the drama, too frequently robbing all the cathartic eruptions of emotion of much of their power. It also exacerbates the sense that while some of the names and faces might be different from The Sopranos, there’s no thematic or character beats here that Chase didn’t already explore, far deeper and more unsparingly, over the course of the show’s six seasons.

Review: The Power of the Dog Is a Quietly Ferocious Portrait of Weaponized Masculinity