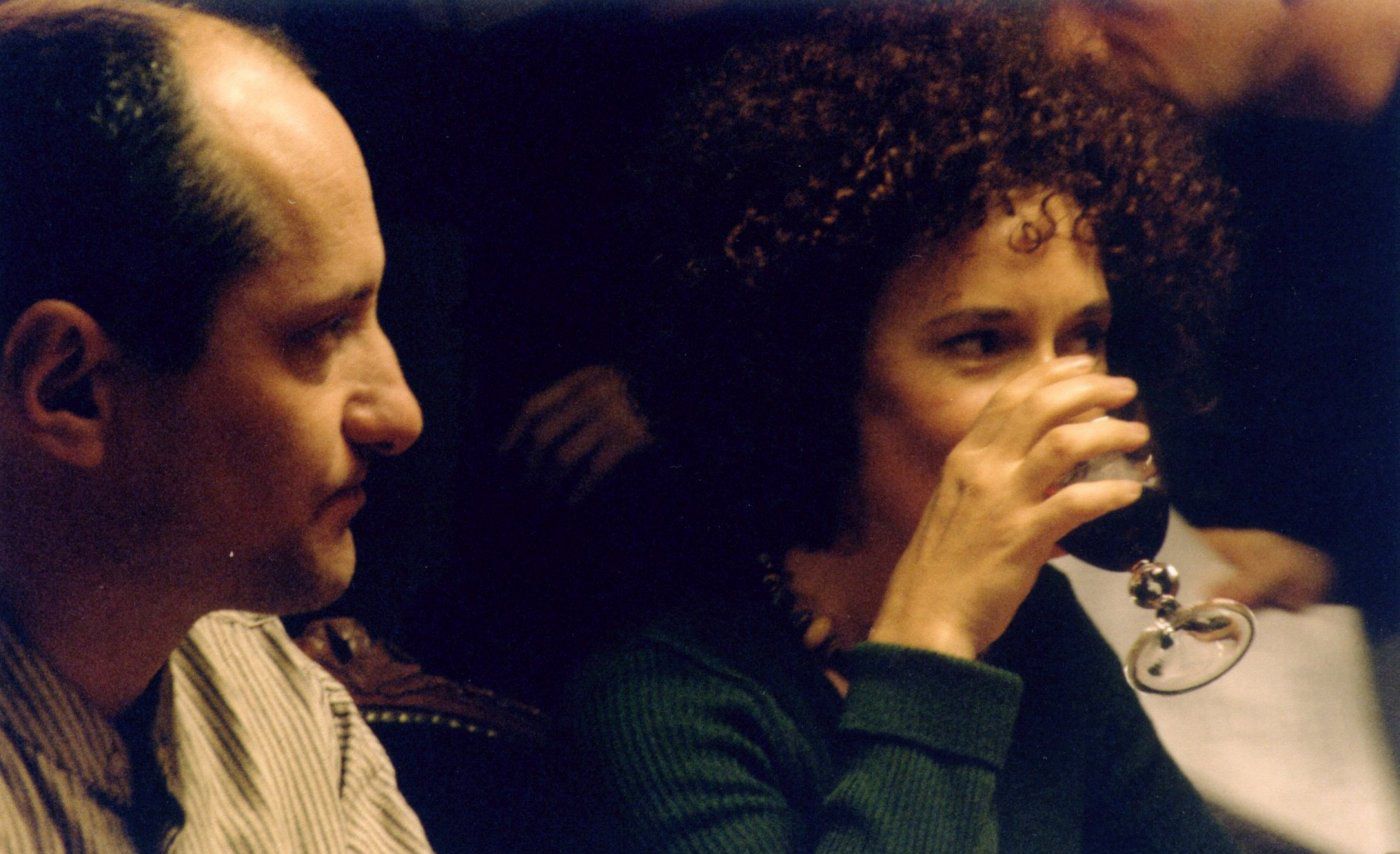 The title of Martín Rejtman’s new film misleadingly hints at a sentimental fable. In reality, the tenor of The Magic Gloves reveals a certain kinship to the deadpan cinema of Aki Kaurismäki and Jim Jarmusch. Everyone says what’s on their mind or they don’t say anything at all—either way, not a single one of them will inspire your sympathy. Tempting as it is to rally behind a film that strays from the familiar terrain being excavated by more populist Argentinean directors, this doodle of intersecting lives is an oddly inert thing with very little emotion holding it together, its story uninterestingly foregrounded against a very unspecific Buenos Aires. The narrative (such as it is) begins with Alejandro (Gabriel Fernández Capello), a taxi driver, who picks up an amateur musician, Sergio (Fabián Arenillas), who claims to have known him when they were younger. After breaking up with his girlfriend Cecelia (Cecilia Biagini), Alejandro is invited by Sergio and his wife to stay at the apartment of Sergio’s brother, Luis (Diego Olivera), a porn star currently plying his trade in Canada. Meanwhile, Cecelia falls for a dreamy dog-walker, Daniel (Leonardo Azamor), who is also hooked on antidepressants, while Alejandro starts dating Cecelia’s friend Valeria (Valeria Bertuccelli), a pretty flight attendent. The film occurs as a series of wry sketches that accommodate, at different points, a travelling troupe of porn actors, a small community of dogs, and Sergio’s very loud stereo system, which causes everyone to think that they’re hearing things. The film’s amusing running gags notwithstanding, Rejtman makes the mistake of adopting the depressed, disinterested feelings of his characters, confusing apathy for poetry.