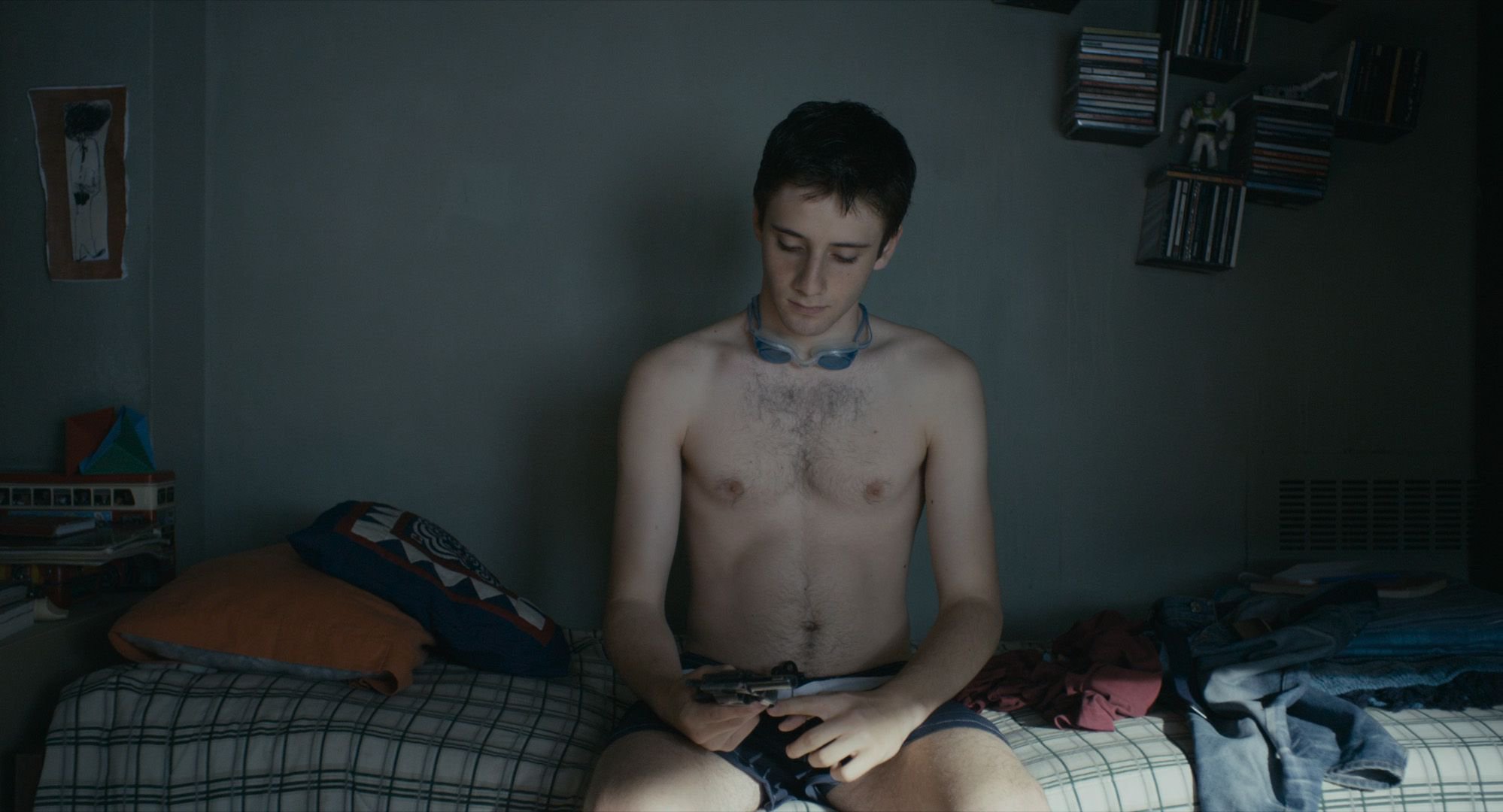 Albert Camus’s The Stranger climaxes with a seemingly arbitrary act of violence, in which the previously punctilious Meursault suddenly shoots and kills a man on the beach. Martín Rejtman’s Two Shots Fired opens with an at-first ordinary sequence of events, in which 16-year-old Mariano (Rafael Federman) stays out all night dancing, returns home to mow the lawn, discovers a revolver in the tool shed, and calmly turns it on himself, firing one bullet into his head and another into his stomach. In both cases, violence occurs for apparently no reason: Meursault explains that the sun was in his eyes, while Mariano simply claims that he was “hot.” Yet despite a common focus on existentialist futility, the two stories use these explosive instances for countervailing purposes, the former confirming the undercurrent of irrationality beneath its straightforward story, the latter establishing the wry tone of a tale which eschews logical narrative progression.

There’s another significant detail in Rejtman’s presentation of that shooting, one which may at first seem unimportant. As Mariano toys with the pistol, the scene shifts from a frontal medium shot of the teen holding the gun to his temple to an extreme close-up of his abdomen, which leaves only the sound of the first bullet firing before the arm lowers to deliver the second shot. For some time, before the eventual explanation that the first bullet only grazed his head, this seems utterly incongruous, the second shot defying logical explanation. This inscrutability establishes the template for the rest of Two Shots Fired, which presents a willful, often irritating refusal to explain itself, growing more mystifying as its narrative expands. A droll, careful, and formally consistent film, it otherwise hides its intentions beneath a web of seemingly helter-skelter plotting, opting for a progression of anecdotal, flatly rendered story fragments, linked only by family relationships, subtle recurring symbols, and a shared sense of low-key absurdity.

A few of these abbreviated storylines are promising, particularly the focus on the weird workings of Mariano’s band, a woodwind quartet specializing in ancient music and plagued with difficulties in the weeks following his suicide attempt, some related to the odd sibilance created by the bullet lodged in his chest. But by the time this plot line gets moving, the film has already meandered off, first to the story of Mariano’s brother, who’s half-heartedly pursuing a romance with a girl he may have hooked up with in the past, and then the rest of his family, who’ve been tasked with watching the teenager to make sure he doesn’t attempt suicide again. Eventually the narrative abandons the brothers altogether, departing for a seaside tour with an entirely new set of characters.

Rejtman lays out these scenarios with a clean, proficient eye for composition, and the mystery of where all this is headed, combined with a general sense of humor about the proceedings, is engaging. Yet this humor, and the general habit of wriggling out of potential stories before they can become anything more than quick sketches, also seems like a means of avoiding the formation of any concrete statement, bundling together a bunch of dry, sardonic scenes together and writing off their raggedness to the general absurdity of life. Intermittently amusing and beguiling by turns, Two Shots Fired never becomes anything more, and while this apparent lack of coherence can be ascribed to the elusive subtlety Rejtman seems intent on pursuing, the lack of tangible dramatic follow-through leaves the film feeling incomplete, indistinguishable from so much other undercooked festival fare.