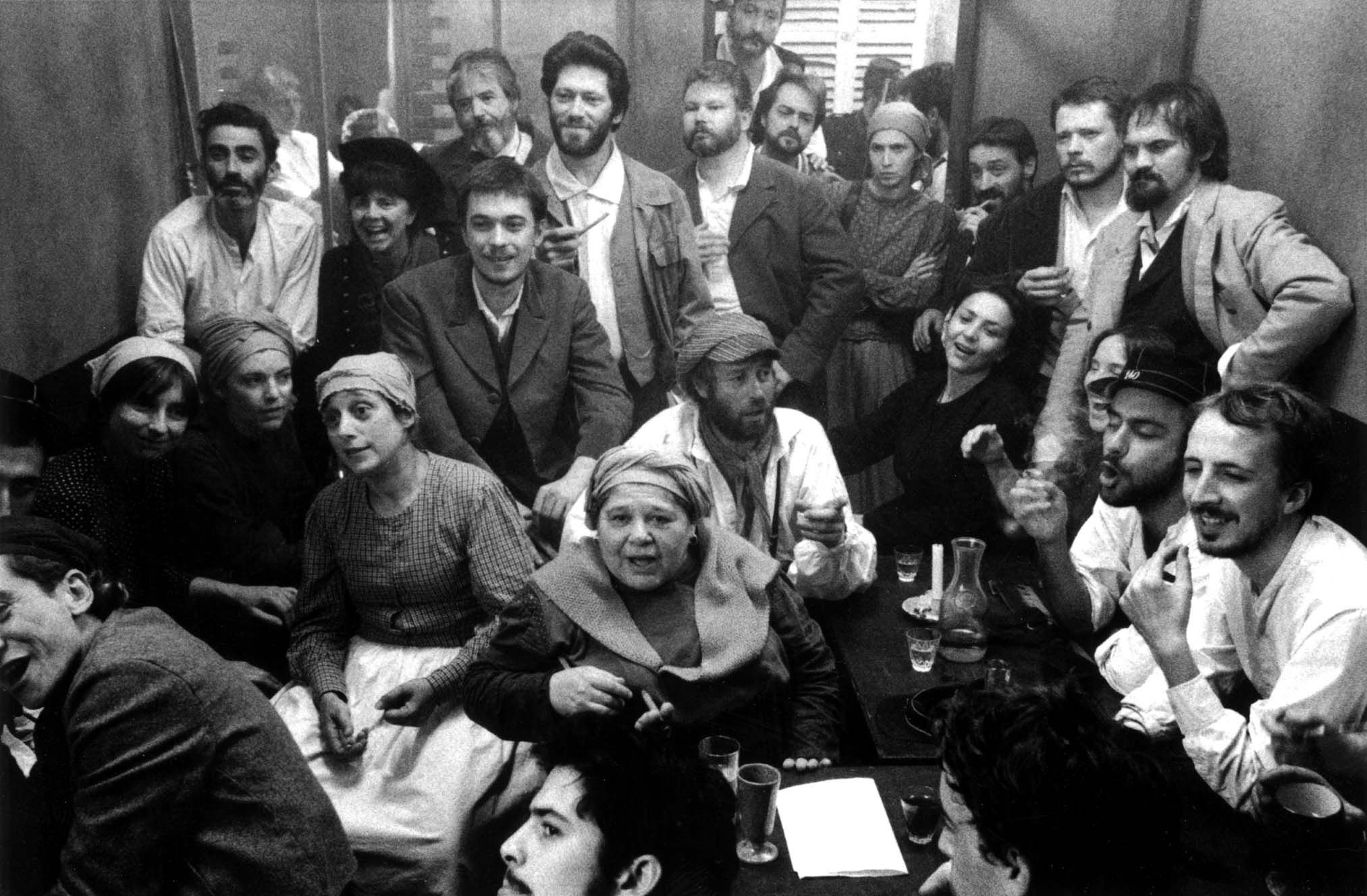 Peter Watkins’s La Commune (Paris, 1871) is a disjointed, whirling dervish of utopian ideas and devil-may-care indulgence, as was its subject matter. I’m not sure what La Sept ARTE expected in commissioning Watkins to direct a TV film based off of an episode of French history that the current world has an ambivalent attitude toward. (One of the enduring legacies of the Paris Commune would appear to be that “The Internationale” was immortalized when its author was involved in the Commune.) Nor, for that matter, can I guess what sort of treatment Watkins expected to receive after having been through Edvard Munch. But I think Watkins, though he’d undoubtedly beg to differ, got the better end of the deal when the company unsurprisingly refused to make an attempt to slip a 555-minute behemoth into its programming schedule. (The international theatrical version is, in comparison, a sprightly 345; either cut probably feels nearly as long as the actual Commune’s two-month stand.)

In an apparent attempt to beat his age-old nemesis—the hegemony and brain-numbing monotony of modern mass media—by deconstructing its language, Watkins puts TV news and essay filmmaking, Brecht and McLuhan, costume drama, and readers’ theater all into the time machine (e.g., the warehouse set for the film, where Watkins and his crew built a spare, almost Dogville-esque representation of 19th-century Paris) and applies it to a fairly straightforward dialectic. While the official word from Versailles’s oppressive, pandering, state-run TV news consistently reminds France’s haves that the have-nots in Paris are perpetually mere days away from being run down by Prussians, inter-community squabbles or sheer, disorganized incompetence, the first-person “Commune TV” (think PBS, only giving itself over to nothing but breaking news) presents, well, pretty much the same story, only with a lot more nuance and political fire and brimstone. It’s a brilliantly simple conceit that creates an instantaneous beehive of colliding concepts. As McLuhan himself might quip, it strikes while the media’s hot.

Watkins’s Commune inhabitants are invited to wedge themselves comfortably within the film’s idiosyncrasies (the filmmaker’s intertitles address current-day media issues as frequently as they narrate the story of the Commune’s rise and fall), and so they step in and out of character frequently. The only thing Watkins didn’t do, one surmises, is hypnotize his cast as did Herzog for Heart of Glass. Not that it would have been necessary, as there are clearly a few actors who took their roles home with them. Toward their final stand, one curly-haired little diva upbraids the Commune TV reporters for “covering” their plight instead of joining them. Declaring an end to television as a whole, she raises her musket into the lens of the camera and seemingly stares down the medium itself, as well as Watkins and the audience. It’s an almost nonchalantly iconic moment, an accidental moment of an actor in a purported ensemble piece seeing the spotlight and diving for it. Ironically, it’s also one of the few moments in the film that clearly uses the language of “corrupt” media, favoring erotics over semiotics.

Then again, what would the Commune be without its distinct voices? And maybe the film’s crucial place in the Watkins canon can be attributed to the notion that its marginalization was, essentially, the only way it could ever hope to achieve immortality. Like the Commune’s citizens, whose ideas failed in practice but remain attractive in the wake of their martyrdom, the film will likely remain a preeminent asterisk in the history of documentary hybrids, even as it couldn’t ever hope to reach the same audience who lap up the work of Michael Moore or Morgan Spurlock (formal junk food next to Watkins’s 100% pure roughage). La Commune’s target audience needs to feel that they’re making a statement of individuality and rage against the dreaded “dream factory” just by committing to see the film. Neat trick, actually: bulking up cinematic passive-aggressiveness by complementing it with political activism.

Q: What Movie Ad Really Got You Spooked? A: