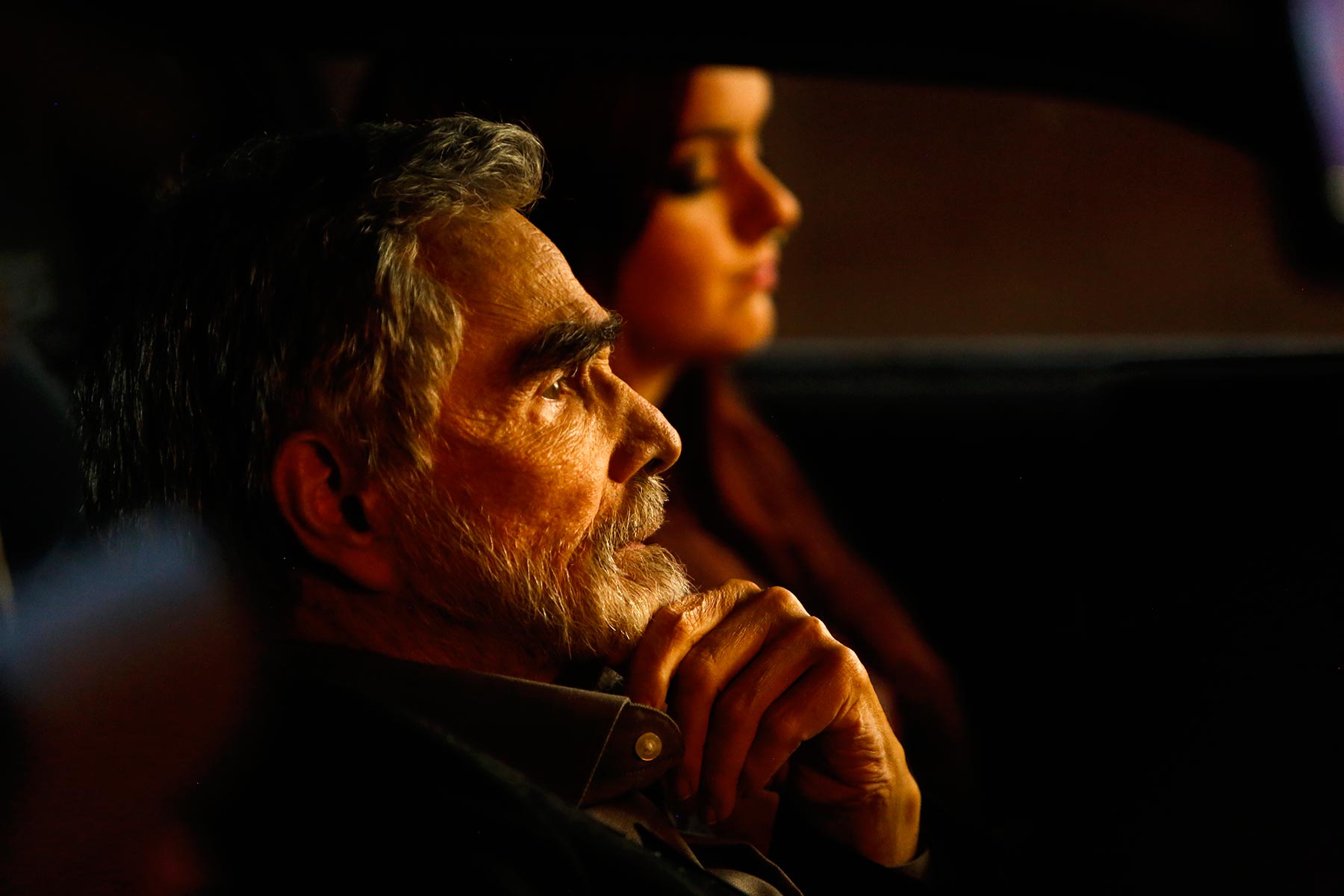 It’s unseemly watching Burt Reynolds, one of the greatest movie stars, beg for sympathy in writer-director Adam Rifkin’s The Last Movie Star. The film bears a resemblance to Daniel Noah’s Max Rose, as both are vehicles for their stars to explore their own legacies within a thinly fictional framework. But in Max Rose, Jerry Lewis had the sense not to overtly soften his character’s crustiness, maintaining his dignity and reminding viewers that he was still a vital actor despite the production’s pervading mediocrity. Reynolds still has his characteristic comic-masculine force, and he can still throw a line away with masterful panache, but he allows Rifkin to enable his self-pity.

The film begins on shameless ground, with Vic Edwards (Reynolds), a movie star with the same career ups and downs as the actor playing him, giving an interview in the 1970s. We see archive footage of Reynolds himself, who reinvigorated his career in the late ‘60s as a fixture of the talk-show circuit, perfecting faux modesty as the ultimate kind of egotism—a pose that inspired countless subsequent stars. Rifkin then cuts to a stark close-up of Edwards in the present day, the implication of this edit being unmistakable: that this icon is now old. It’s then revealed that Edwards is at a veterinarian’s office having his old dog put down, though Rifkin does practice a bit of restraint in eliding Edwards’s goodbye to his pet. A hard cut, from Edwards regarding his dog in the examination room to the man tossing the pooch’s empty collar into the passenger seat of his car, is the most moving moment in the film.

The Last Movie Star is mostly a collection of old-fogey clichés though, with a narrative that mixes a man’s career retrospective with a road trip featuring the requisite bonding session with an attractive young woman who will prove to Edwards that life is still worth living, no matter how much of it may be in his rearview mirror. The obligatory millennial is Lil (Ariel Winter), who embodies every stereotype about 21st-century “kids these days,” as she’s melded to her smartphone, tatted up, perpetually clad in revealing clothing, and in love with a hipster poser who’s obviously a douchebag.

Reynolds and Winter, both sensitive, intuitive actors, have an authentic rapport that threatens to transcend the shopworn material, but Rifkin’s schematics get in their way, condescending to both of them for their respective ages, while exploiting Reynolds’s stardom for unearned nostalgia. Rifkin’s aiming for a comic version of Wild Strawberries, which is obvious when Edwards awkwardly interrogates past Reynolds characters, but he ends up with a pale sitcom imitation of Scent of a Woman and About Schmidt.