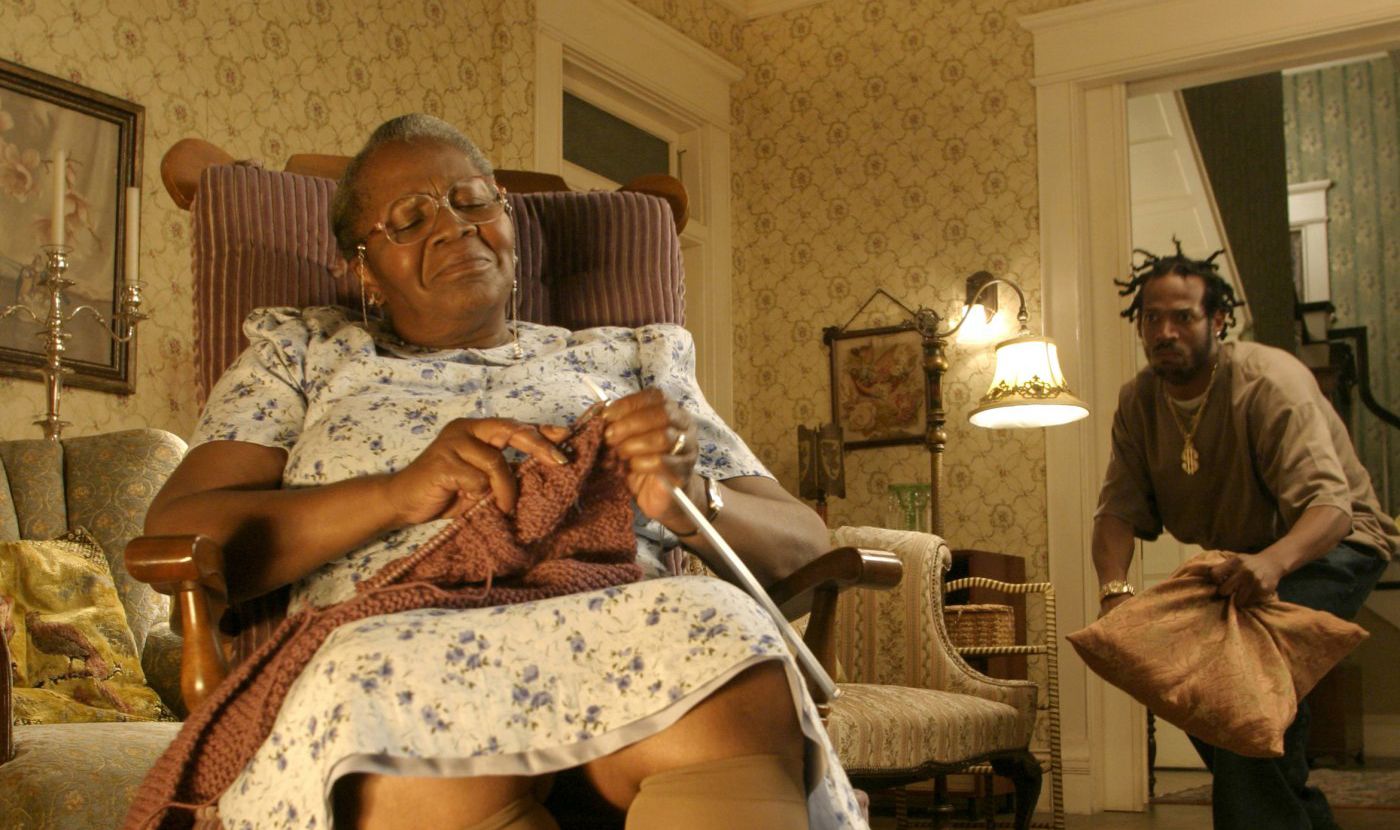 Another unnecessary remake, Joel and Ethan Coen’s The Ladykillers updates Alexander Mackendrick’s endearing, if featherweight, original from quaint London to the Mississippi Bible belt. Tom Hanks mugs it up in the Alec Guinness role as a genteel con man with Col. Sanders affectations and a wheezing giggle who surrounds himself with a rogue’s gallery of inept hoods, each with a single defining characteristic.

Marlon Wayans is a momma’s boy gansta from the hood; J.K. Simmons is a control freak with IBS and a Podunk girlfriend named Mountain Girl (Diane Delano); Lump (Ryan Hurst) is a football player turned inarticulate numbskull goon; and the General (Tzi Ma) is a reticent Japanese assassin with a knack for the grisly killings the Coens are famous for—with some finger snapping and neck cracking, brutally inappropriate for a light comedy and thus more unsettling than the already gratuitous wood chipper in Fargo.

The Coens’ lapel-grabbing camerawork and their script’s long-winded jibber-jabber can’t make up for the slightness of the material; ditto the cartoon violence and the over-the-top performances from a cast that’s working overtime in the quirk n’ smirk department. Unlike the masterfully orchestrated O Brother, Where Art Thou?, the Down South locales and down-home musical choices add nothing but window dressing to this inconsequential goof of a remake.

Through it all, Irma P. Hall as the landlady, now African-American and a pious churchgoer, escapes with her dignity intact. But there’s no aspect of faith to these sordid, unfunny proceedings despite frequent cutaways to the soundtrack deal of a Gospel choir. The Ladykillers is too trifling to be taken seriously, and too routine to inspire hilarity.